Pressure to keep my spot stopped me from buying into Baz-Stokes ideology: Crawley 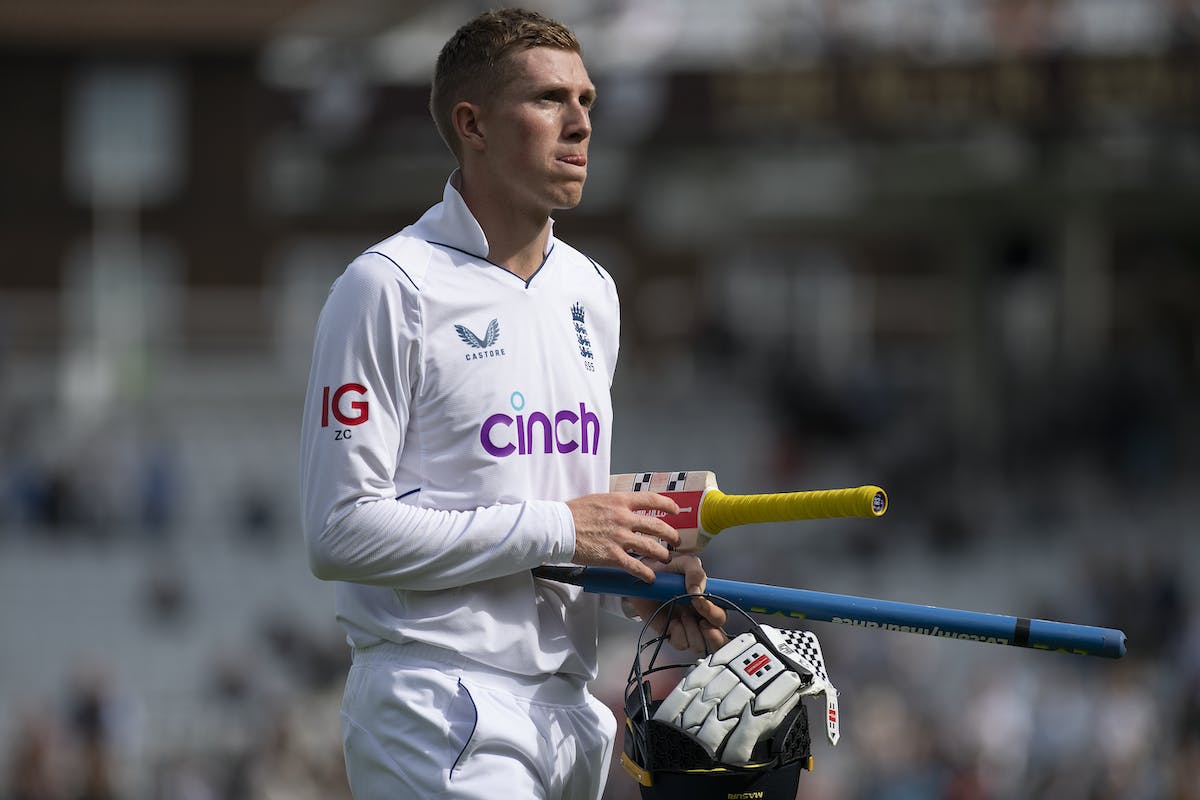 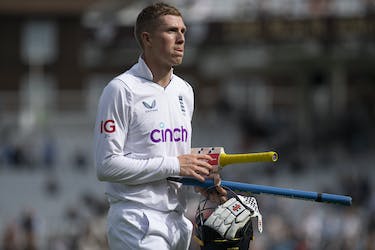 Pressure to keep my spot stopped me from buying into Baz-Stokes ideology: Crawley

The 24-year-old revealed that, for the majority of the summer, he found himself getting ‘more and more negative’ with his approach

Zak Crawley ended the English summer with a thumping unbeaten 69* off just 57 balls, but the 24-year-old has revealed that he initially struggled to fully buy into the Stokes-McCullum ideology as he felt pressure to keep his spot in the XI intact.

Thanks to a ton in West Indies, Crawley had bought himself time at the start of the summer, but a string of low scores - 9, 4, 0, 6, 25 and 9 in consecutive innings - saw the right-hander come into the firing line in no time, with a huge chunk of fans, journalists and ex-cricketers calling for his axing.

At this point Crawley, despite external criticism, received complete public backing from Brendon McCullum and Ben Stokes, but per his own revelation, he simply couldn’t bat the way the captain and coach wanted him to.

"It finally clicked towards the end of the summer, the messaging they were trying to give. I couldn't fully… I felt under pressure for my place so it's hard to fully buy into that. I wish I had bought into it from the start now,” Crawley told ESPN Cricinfo.

Crawley ‘Bazballed’ his way a fine 69* in the final Test of the home season, but the 24-year-old revealed that, for the majority of the summer, he found himself getting ‘more and more negative’ with his approach. Crawley revealed that his mind was scrambled and admitted that he also got certain training regimes wrong.

"When I was out of nick, I was putting restrictions on where I could score. I was getting more and more negative, in my shell.

"It might not have come across like that in some of the shots I was playing. But I find when I'm negative, I don't move my feet very well, I'm not moving my body, so it comes across as loose shots. When I'm moving well, I'm getting in good positions and hitting those balls for four.

“It's more of a mindset thing and positivity thing and stuff around my practice as well that I got slightly wrong as well, I feel."

Crawley’s only fifty of the summer came in his very last innings of the season, and he revealed that as the lean patch started getting bigger and bigger, he simply decided to stop being tentative. The eschewing of the negative mindset, he said, instantly helped him play better.

"It was more of a gradual, over time, just decided I've got to back myself here," Crawley said.

"It's a mental game at the end of the day, so if you back yourself to score runs, you're going to score runs more often than not.

"I feel like I was just tentative this year. And I decided towards the back end I was going to stop being tentative, and I've played a bit better."

The fifty at The Oval, however, did little to salvage Crawley’s summer as the 24-year-old ultimately ended the home season with an average of 23.00. Given just how many failures Crawley endured across the seven Tests in the summer - eight scores of 15 or below - the right-hander described the preceding three months as the worst summer he’s ever had.

"It's been a tough year - probably my worst summer I've ever had," Crawley said, before revealing that he also ‘learned an awful lot - mainly what not to do.’

Crawley has thus far received unequivocal support from his coach and his captain, but despite the same, there is no guarantee that the 24-year-old will make it to the squad for the forthcoming Tests against Pakistan and New Zealand. Whether he’ll be picked is anybody’s guess, but Crawley is hopeful of retaining his spot, especially, in his own words, having now rediscovered confidence with the bat.

“Hopefully, all being well, I get picked in those squads. I've got a lot of confidence going forward and in this new way I've been playing towards the end, a bit more positively. That suits me more."