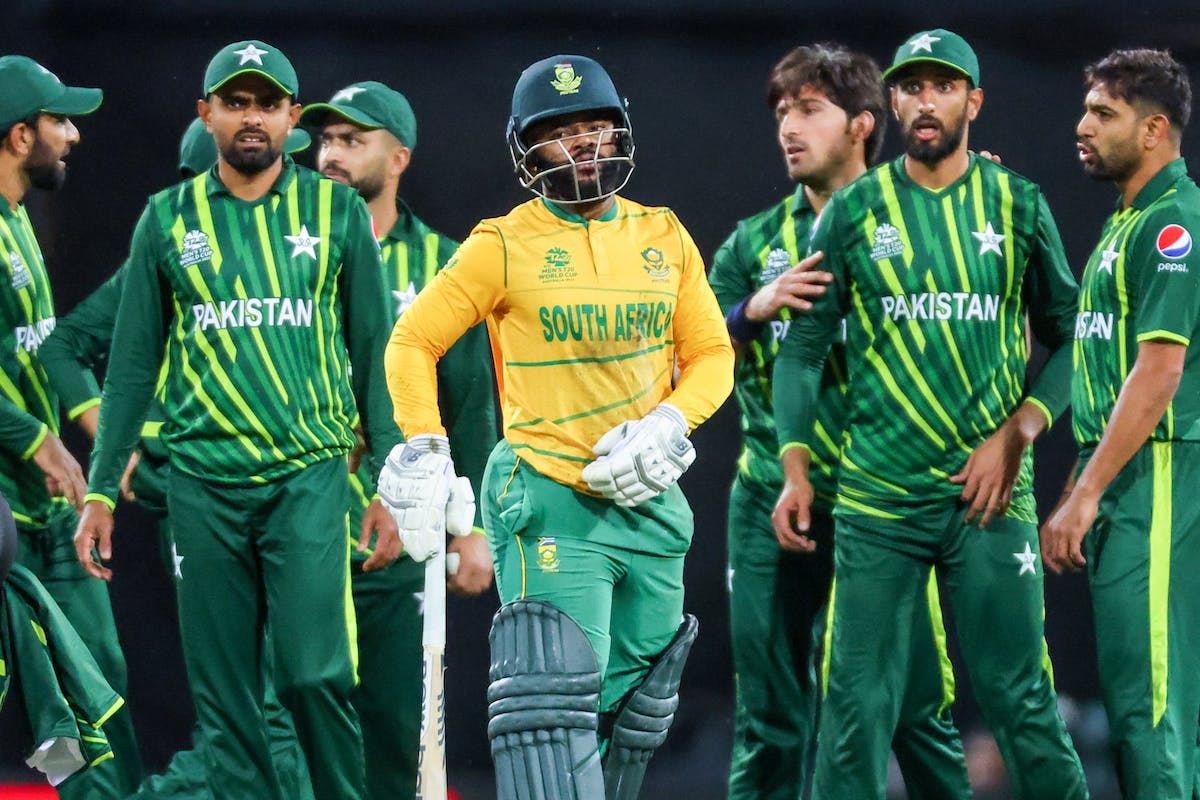 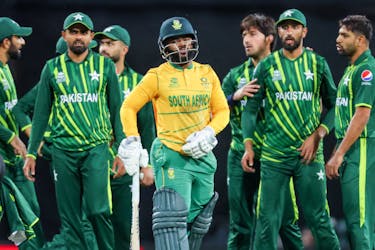 South Africa might have suffered their first defeat of the 2022 T20 World Cup but skipper Temba Bavuma isn’t too concerned and wants his team to treat this as a wake-up call. The Proteas lost to Pakistan by 33 runs on Thursday (November 3) and will now have to win their final group-stage encounter against the Netherlands if they want to confirm their spot in the semis.

South Africa would be disappointed with this loss as they had Pakistan reeling at 55/4 by the end of nine overs. However, that’s when Iftikhar Ahmed (35-ball 51), Mohammad Nawaz (22-ball 28) and Shadab Khan (22-ball 52) went berserk and propelled Pakistan to a solid total of 185/9.

The Proteas could never recover from that onslaught and only managed 108/9 after the second innings was reduced to 14 overs due to rain. "I wouldn't say it's a concern. Probably is a bit of a wake-up call. For us looking at the game, how it went about, I thought the first ten overs we were superb. We were able to get them under pressure. Then after that, the wheels probably came off," said Bavuma.

“Conditions changed a little bit with the balls going to skid. I think in terms of our awareness, in terms of adapting to that, we were very slow. We allowed them to get momentum into their innings, and they were able to get a formidable score on the board.

“I think with the ball, with them coming into the field, they had momentum. They probably had the advantage on their side, and they just ran with that. I think a team like Pakistan, as you know, is very dangerous when you give them any type of momentum.

“Like I said, I don't think it's a big concern. Yes, there are talking points for us, areas that we can learn from. Maybe it's a performance that we needed to kind of maybe bring us down back to earth.”

South Africa also put down a couple of easy chances and Bavuma wasn’t too pleased. “Up until this game, our fielding has been very good. We fielded at night. We fielded during the day. We fielded in wet conditions. So I think today individually guys know where they are mentally.

“Mistakes that were made were not the type of mistakes you want to be making at this level, especially at this part of the tournament. Maybe the intensity lowered a bit for the guys. Individually, the guys know, but it's definitely not the standard of fielding that we pride ourselves on.”

South Africa lost Quinton de Kock and Rilee Rossouw inside three overs but Bavuma and Aiden Markram brought them back in the game by adding 49 runs for the third wicket in no time. Just when it looked like they were coming back in the game, Shadab dismissed both of them just before the game was halted due to persistent rain.

"To be honest, when Aiden and myself were batting, we weren't thinking of the rain or thinking of the DL score, and obviously not thinking of getting out like that in quick succession. But I think the rain, the weather has played a part in the World Cup. It's been raining all over the country, and I think that's probably something teams are going to have to keep aware of," said Bavuma.

South Africa lost the game but Bavuma finally looked good with the bat. The right-handed opener crafted four fours and a six in his 19-ball 36 and registered his first 10-plus score after eight innings.

"It's been a while since I hit the ball in the middle. I felt a lot better today, that I was seeing the ball quite well, making better decisions out there, a lot calmer. I guess I just tried to enjoy it, to be honest. Watch the ball and whatever happens after that happens."

Talking about the bowling performance, Bavuma said: "When you have a team at 50/5, the last thing you're thinking is they're going to get to 180, 190. Maybe that's probably where the problem lies. The problem lied with us as a team.

"I think the hard lines with bowlers, that's been something we've spoken a lot, and that's been very successful for us as a unit. Guys using the pace, guys using their height. I think on that wicket, especially when it started sliding into the wicket and the short boundaries were in play, that is once they started being able to exploit that, and they really put us under pressure.

"I think we allowed probably three or four overs to kind of go by where they got a bit of momentum, and by the time we tried to change, a lot of damage had been done. But those are things we've spoken about as a team. We're always going to bowl hard lines. We're going to use our pace. We're going to use our bounce. Unfortunately for us today, it probably wasn't the right plan considering the conditions out there."