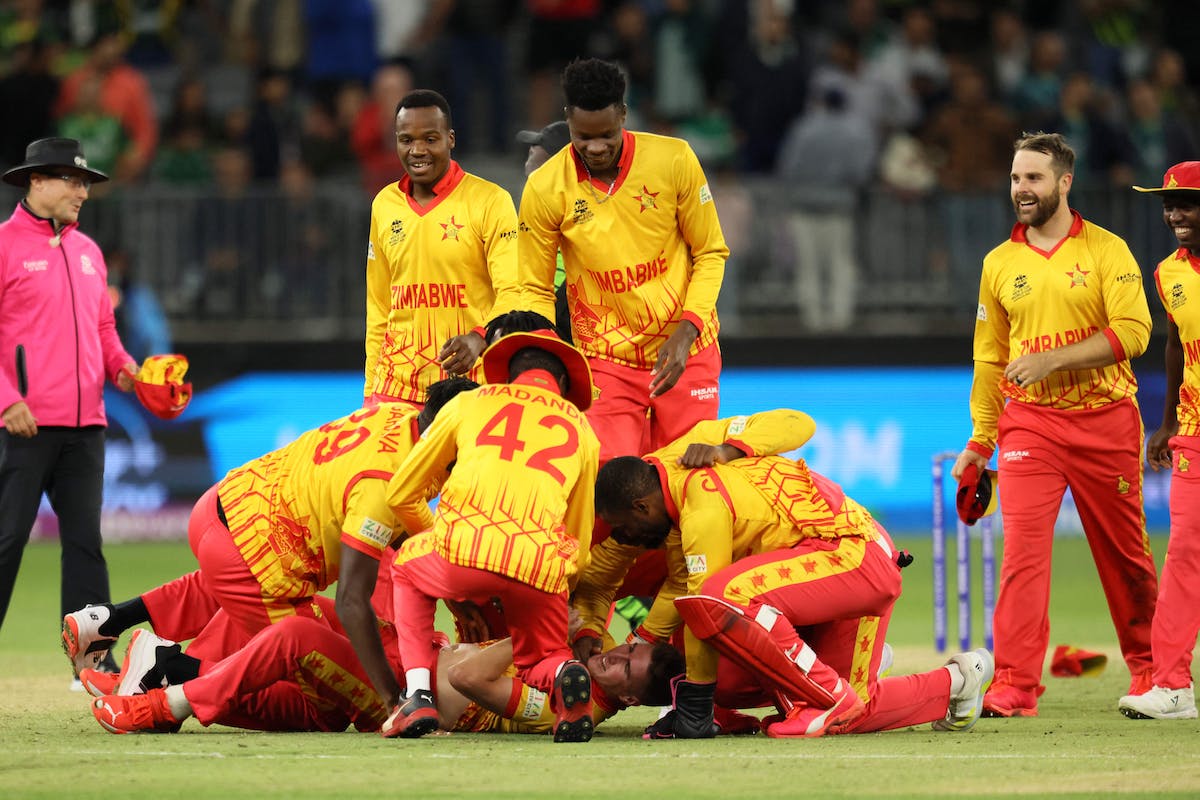 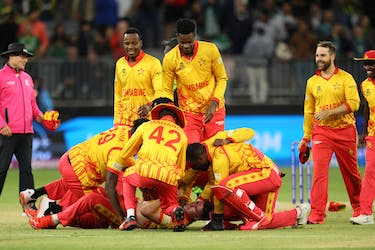 Lalchand Rajput has forgotten the exact date but remembers that it was in July, 2018. The former India opener had just taken over as the head coach of the Zimbabwe men's team and the very next day (July 13, 2018) was the start of a five-match ODI series against Pakistan.

"A day before the match, I was informed by Zimbabwe Cricket that Sean Ervine, Craig Williams, Sikandar Raza and Brendan Taylor have pulled out due to an ongoing pay dispute with board. I was clueless, Rajput narrated the story to PTI as if it happened yesterday.

The Zimbabwe Cricket MD Givemore Makoni told me that we can't cancel the series. We got a rag tag outfit and first match we were all out 100 (107) and then in third game for 50 odd (67all out). Once that happened, I knew I had to stay to change things.

"We failed to qualify for 2019 ODI World Cup and then got suspended. That was the lowest point. So, I am proud of this transformation in just four years," you could gauge the satisfaction in Rajput's voice.

As Zimbabwe pulled off one of its finest wins in a T20 World Cup beating Pakistan by one run on Thursday (October 27), no one could have been happier than the national team's current technical director.

"My dream was to see them qualify for the T20 World Cup in Australia. This is like icing on the cake and I can't be more proud of my boys," said Rajput, who was also coach of the Indian team when MS Dhoni's men created history winning the inaugural edition back in 2007.

Rajput was with the team till the qualifiers and then wanted some downtime with his family during the Diwali season and hence didn't travel to Australia.

Everything that had to go wrong went wrong

Blame it on administrative ineptitude or decline in players' quality, poor pay structure, things got from bad to worse by the time government suspended the cricket board and the ICC in turn suspended Zimbabwe from international cricket for six months. The situation has improved on the administrative front though players and Rajput himself are directly paid for their services by the ICC.

Star batter Sikandar Raza has scored an astounding five ODI hundreds in 2022 only and his only 50 over ton before the 2022 season had come way back in 2015.

On Thursday (October 27), Raza with his off-breaks took four wickets and turned the match head on and eventually kept Zimbabwe in the hunt for a semi-final berth. "Sikandar is an emotional boy. He is a late bloomer at 36. I remember few years back when I took charge, I asked him, Tuney kitne matches Zimbabwe ko jeetayein hain? [How many matches have you won for Zimbabwe?].

"He hadn't scored a hundred for a long time. He was happy getting 40s and odd 50 which kept his place in the team secured. Rajput, a former Test opener, then brought out the 'khadoos' Mumbaikar in him and had a heart-to-heart chat with seniors like Williams, Ervine and Raza and skipper Regis Chakabva.

"I told them, guys, if you seniors are not going to put your hands up and take more responsibility in winning games, no point in playing for Zimbabwe then. If the team has to lose, I would prefer to pick youngsters and not think about results. It did work as their mindset changed."

When Afghanistan's loss was Zimbabwe's gain

Rajput actually had no plans of coaching Zimbabwe as he was happy coaching the Afghanistan team in Greater Noida. But things went off track when ACB officials wanted him to come to Kabul to prepare the U-19 national team for the Junior World Cup.

"I had specifically told them I will never go to Kabul. So the moment they insisted, I resigned. It was covered by the media and then Makoni within a week called me and offered me the head coach's job, said Rajput, who had also coached India A.

Once Rajput had taken care of their initial camp and Zimbabwe beat Bangladesh for the first time in a Test match in more than 20 years in an away series, he was offered a three-year contract.

"I started watching a lot of domestic and club cricket. I would be in Harare, Bulawayo, Mutare. That's how I spotted left-arm pacer Richard Ngarava, who bowled 15 dots against Pakistan, he said.

In fact, what makes Rajput's chest swell with pride is the fact that Pakistan captain Babar Azam has never scored big against Zimbabwe pace attack comprising Blessing Muzarabani and Ngarava.

"Pakistan has a world class pace attack but batting is a two-man army. Their middle-order is below ordinary and only Shadab Khan looks a competent player. Mohammed Nawaz is good against spinners but will always struggle against a good pace attack. 130 wasn't a big score but it was a splendid bowling and fielding effort." Rajput said.

So will he come to Australia if Zimbabwe make it to the last four stage? "Let's see. I haven't decided yet," he laughed while signing off.