Race for play-off spots heats up as Kings face SRH

Race for play-off spots heats up as Kings face SRH

Warner the cynosure in his IPL 2019 swansong

Mediocre is the term best used when describing the season Kings XI Punjab and Sunrisers Hyderabad have had in the Indian Premier League.

Both teams have displayed flashes of brilliance but have failed to build on them and string a consistent run of results.

While Kings XI lost to Royal Challengers Bangalore by 17 runs in their last outing, Sunrisers were comprehensively beaten by Rajasthan Royals at Jaipur.

In six attempts at the Rajiv Gandhi International Stadium, Punjab have prevailed on just the solitary occasion and will be keen on bettering that record while pushing for a play-off berth. In 2019, results have been even Stevens with the team batting first winning three games and teams chasing prevailing in three.

The last time these two sides met at this venue, Ankit Rajpoot’s 5/14 went in vain as the hosts defended 133, coming up trumps by 13 runs.

Sunrisers’ success this season has been largely dependent on the form of David Warner and Jonny Bairstow with the pair scoring a bulk of the team’s runs amidst an almost non-existent middle order. With Bairstow having left for national duty and Warner set to leave after the game against Kings XI, SRH most definitely will be in a spot of bother but Manish Pandey striking form will come as a welcome relief.

It has been no different for Kings XI, who have thrived whenever KL Rahul and Chris Gayle have been among the runs. Mayank Agarwal has been another linchpin chipping in with handy contributions at vital moments.

Performance of the middle order on both sides could be vital in the overall scheme of things with a bunch of batsmen in desperate need of valuable contributions.

At the start of the tournament, the chink in Hyderabad’s armour was their bowling – something that has progressively improved with Bhuvneshwar Kumar and Khaleel Ahmed putting in disciplined performances during the Powerplay. The story is quite the opposite with Punjab with Ashwin’s men being the most expensive side in the opening few overs.

Two of probably the most prolific openers in the IPL – Warner and Gayle – seemingly struggle against off spinners, something opponents will look to exploit.

Hyderabad could opt to bring in Mohammad Nabi to not just negate the Gayle threat but also have a solid crack at a side with a considerable number of left-handed batsmen. On the other side, Ravichandran Ashwin will task himself with keeping Warner quiet. 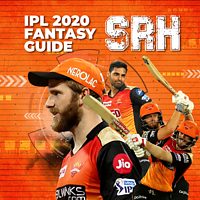 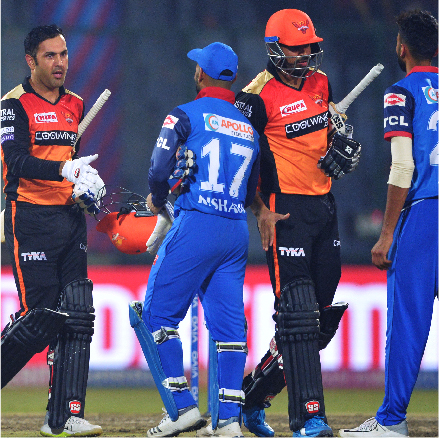