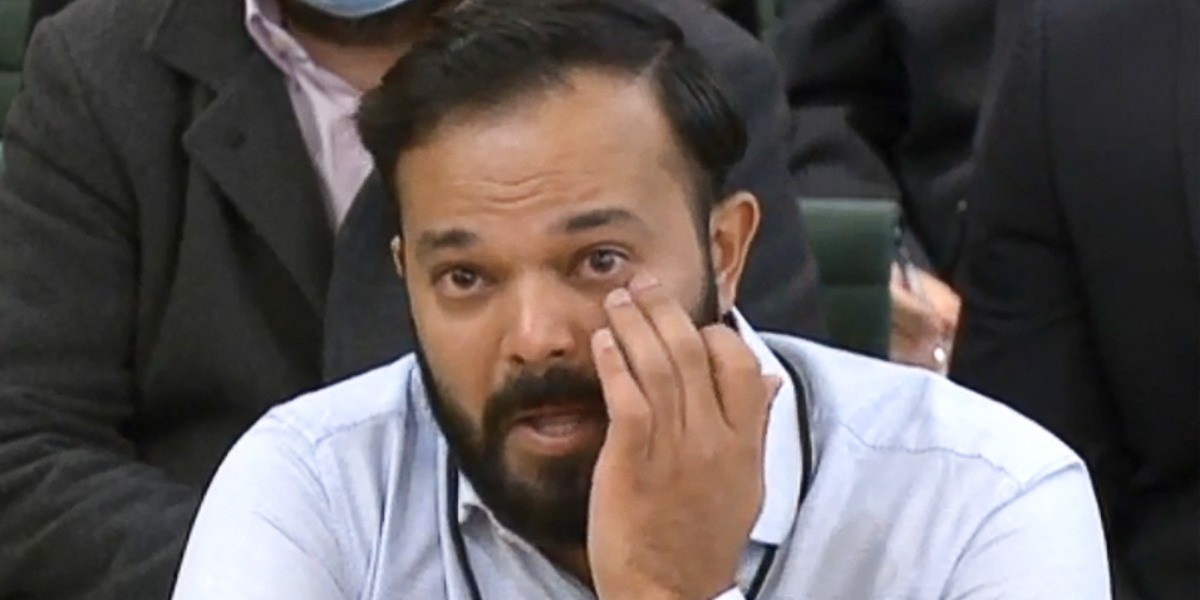 Former Yorkshire player Azeem Rafiq on Tuesday called Joe Root "a good man" but expressed his disappointment at the England Test skipper for pleading ignorance to what he described as "institutional racism".

Rafiq narrated his experiences of racism and discrimination at the club in detail as he addressed UK Members of Parliament in the Digital, Culture, Media and Sport Committee (DCMS).

He questioned the England cricket establishment where people tend to forget the racism that exits. Root had recently said that the racism scandal at his county Yorkshire has "fractured our game and torn lives apart".

"Rooty is a good man," Rafiq said during the hearing.

"He has never engaged in racist language. I found it hurtful because Rooty was Gary Ballance's housemate. Maybe he didn't remember it, but it just shows the institution that a good man like him cannot remember those things."

England international Gary Ballance admitted earlier this month that he called Rafiq a 'Paki' (referring to his Pakistani origin) during the pair's time together at Yorkshire but maintained it was done "in the spirit of friendly banter".

On Tuesday, Rafiq told MPs the word 'Paki' was "used constantly" across his two spells at Yorkshire and said that no-one in authority stood up against racial harassment. Rafiq accused Yorkshire of institutional racism in September last year, prompting the club to launch an investigation into the allegations.

However, their handling of the issue has been heavily criticised. A report found Rafiq was a victim of "racial harassment and bullying" but the club refused to take action against anyone.

"Pretty early on, me and other people from an Asian background... there were comments such as 'you sit over there near the toilets', 'elephant washers'.

"The word 'Paki' was used constantly. And there just seemed to be an acceptance in the institution from the leaders and no one ever stamped it out," Rafiq told the DCMS.

England leg-spinner Adil Rashid has backed his Yorkshire team-mate Rafiq's accusation of racism against Michael Vaughan, saying he can "confirm" the former captain's comments were directed at a group of Asian players.

Rafiq had claimed that Vaughan said to a group of the team's Asian players that there were "too many of you lot, we need to do something about it" before a match in 2009. Asked about Vaughan, Rafiq said: "It's important on Michael that we don't make it all about Michael. It was a long time ago. He might not remember it because it doesn't mean anything to him."

Vaughan, however, had denied the allegations.

"Let's sort out where we are, then hopefully it will have an impact on society."