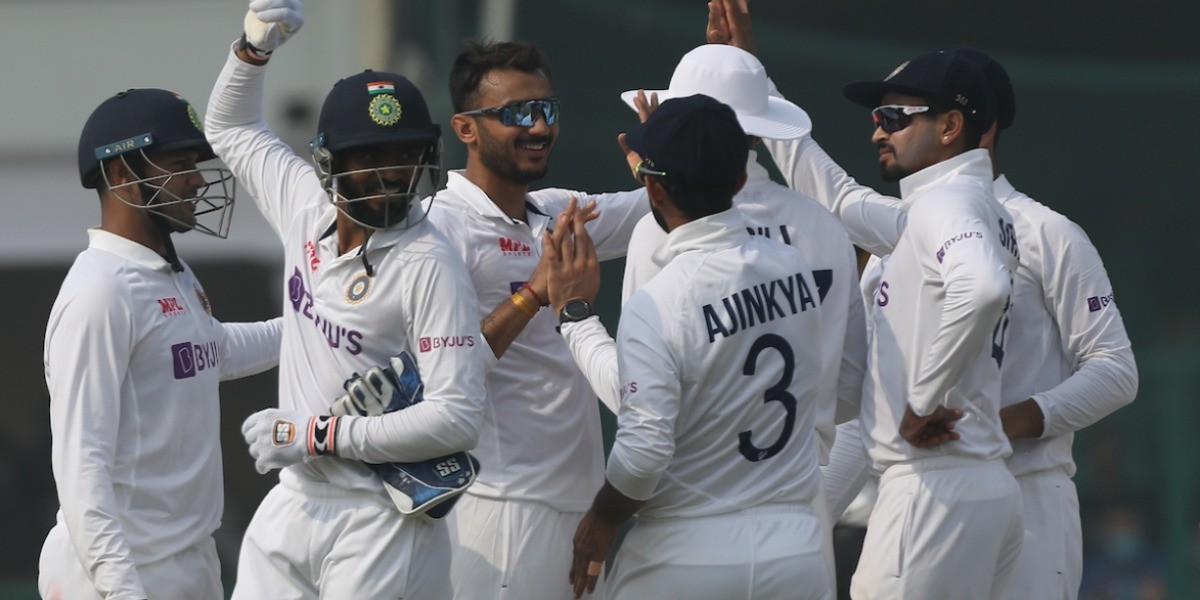 The untimely Mumbai monsoon threatens to play spoilsport as there is a fair chance of first day's play during the second Test between India and New Zealand being affected by rain as per weather forecast which may turn the 22-yard strip at Wankhede into a bowlers' paradise.

The two teams had to call off their respective training sessions on Wednesday as it rained the whole day. In fact, there is forecast of rain on Thursday and with expected heavy outfield, the Indians will travel all the way to the Bandra-Kurla Complex ground which has indoor facilities unlike the Wankhede stadium.

The Wankhede strip has a pretty bald look with all grass shaved off to help the slow bowlers after the low bounce at Kanpur's Green Park literally deflated them.

However, the pitch that will be on offer at the Wankhede from Friday is expected to help both seamers as well as spinners. The persistent rain, with the pitches being under cover, means that there is bound to be a lot of moisture underneath the surface.

The extra moisture will certainly help the seamers way more than it did in Kanpur but a surface like this also helps the tweakers as it also helps in getting appreciable turn.

However, with forecast of scattered showers on Friday, both teams, especially India, will wish that from second to fifth day, the inclement weather doesn't become a factor.

"Intensity (of the rainfall) will be decreased by December 2," Jayanta Sarkar, head of Mumbai's Regional Meteorological Centre of the IMD, said.

All eyes will be on the kind of combination that India pick for the game. As of now, Mayank Agarwal is all set to be dropped with skipper Virat Kohli coming in the playing XI as the team's support staff, including coach Rahul Dravid and bowling coach Paras Mhambrey, have rallied around the under-fire Ajinkya Rahane, who has an average of less than 20 in 12 Tests this year.

The other change which could happen is Wriddhiman Saha going out with a stiff neck and Srikar Bharat getting his maiden Test cap and also opening the innings alongside Shubman Gill.

Considering that there will be seam and swing on offer, there will also be a debate whether Mohammed Siraj will be replacing Ishant Sharma or joining him and Umesh Yadav with Axar Patel being sidelined for the game.

"We will have a look at the wicket, then we will see what combination is right: three spinners and two seamers or two spinners and three seamers," Mhambrey said.

"Depending on that, we will decide the playing XI. But everybody in the group believes whoever is part of the team is good enough to represent the country.

"And we know the potential they have in winning the games for us. We will decide the combination depending on the surface, but whomever plays, we believe, has the ability to win the game for India," the Indian bowling coach said.