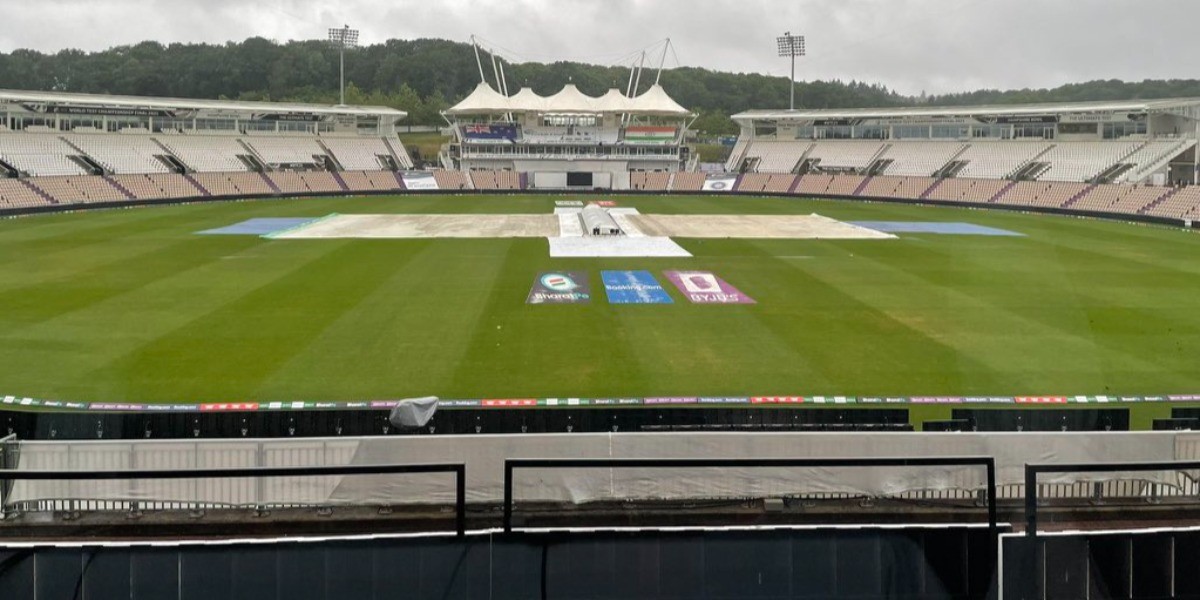 The first day’s play on June 18th at the Ageas Bowl, Southampton, has the precipitation of 100 percent

It is the first-ever ICC World Test Championship final and the first day’s play possibility looks grim. The weather has been the major talk for the marquee event. Even though there is a reserve day in place, the weather for the whole of the week doesn’t look promising. Until Wednesday, it was bright and sunny which is why none of the practice sessions was interrupted and the lead-up to the finals looked all fine. But, since Thursday, it is pouring down, leaving the organizers in a consistent state of bother.

Among all the six days assigned for the WTC finals starting from 18th June till 23rd June, there is rain expected on all days. The first day is expected to be the grimmest of all. The predictions are for a heavy downpour with some thunder and lightning in the morning session and are expected to get heavier at noon. Let alone a session, but the whole day seems to be a damp start to the Finals.

In the WTC, India led the table with the most wins (12), most points (520), and the highest percentage (72.2%) of points. They had won five out of the six series they played. Their only series loss had come against New Zealand in 2020. As for New Zealand, they were the first team to qualify for the big event with a high percentage of points. India had to win their home series against England to qualify for the finals.

The WTC finals is not the only Test that might be affected because of the rain. The third day of the only Women’s Test between England and India in Bristol also might be affected as there is rain expected over there as well. A damp day across the UK for cricketing fans.

Apart from the second day, none of the other days looks like there would be a full day’s play. However, you never know about the weather in England, it can change at the drop of a hat. And we can only hope for that.