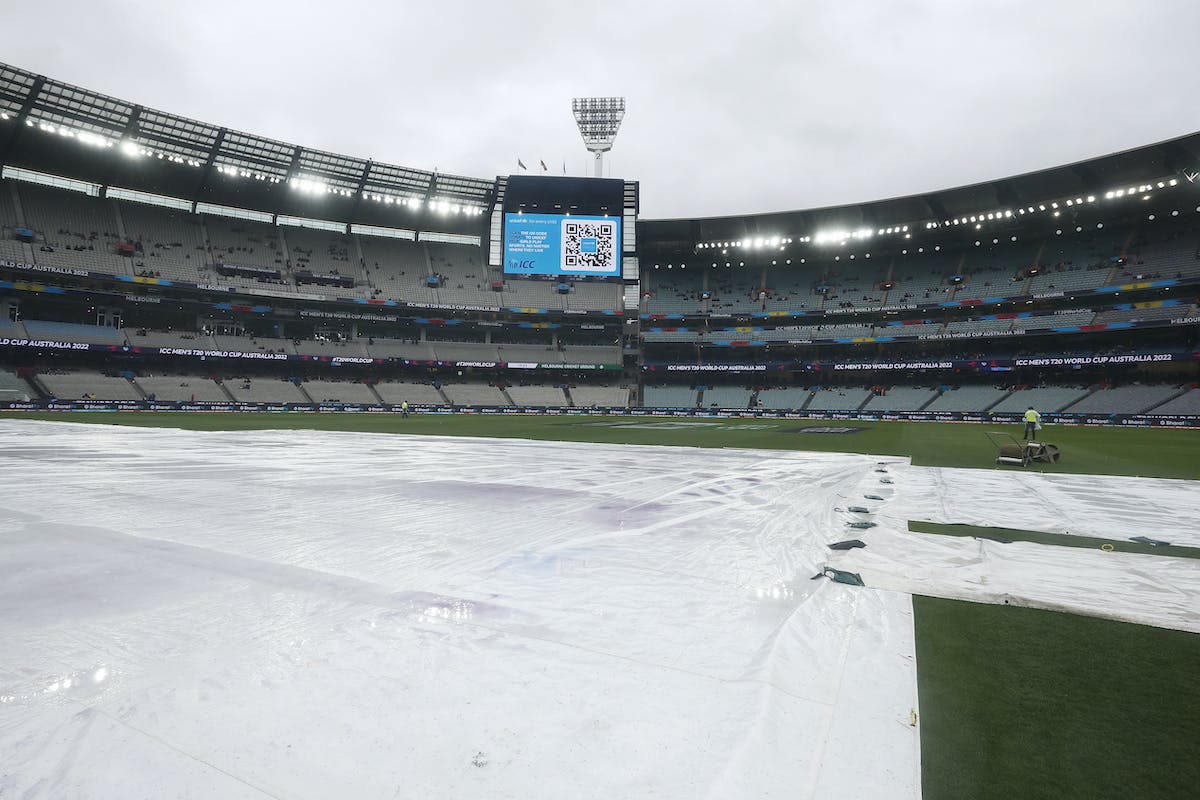 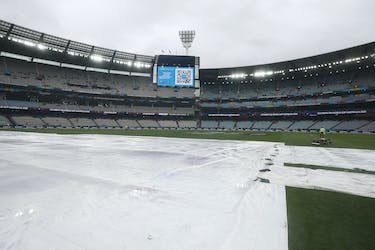 The forecast is not looking great for the day of the final or the reserve day, and the possibility of sharing the trophy cannot be ruled out

After almost a month of riveting action between the top sides of world cricket in the shortest format, we are down to Pakistan and England, who will fight for the coveted trophy of the T20 World Cup on Sunday, November 13, at the Melbourne Cricket Ground.

The two sides recorded comprehensive wins against New Zealand and India in the semi-finals and are a step away from being crowned champions of the world in T20Is.

However, even before stepping onto the field, the two teams will be praying to the weather gods for a clear sky at The G as the weather forecast for Sunday and the reserve day on Monday does not look ideal.

According to a report on ESPN Cricinfo, there are chances of heavy showers on both days, and we may have a lot of interruptions or even a shortened game if needed.

"Very high, nearly 100% chance of showers. The chance of a thunderstorm, possibly severe, with heavy falls possible," the Bureau of Meteorology was saying as of Friday morning.

In the group stages of the competition, a minimum of five over per side are required to complete the match. However, for the knockouts, a minimum of 10 overs is needed to constitute a game.

Once the toss has taken place, the game is considered to be live and all the efforts will be taken place to finish it on Sunday itself. However, for any reason, if it cannot be completed, the two teams will start from the same position where the game was halted.

"If the match has started on the scheduled day and overs are subsequently reduced following an interruption, but no further play is possible, the match will resume on the reserve day at the point where the last ball was played."

England have been on the receiving end of rain in this competition as they lost to Ireland by five runs at the MCG due to rain, and their high-voltage clash against Australia was also abandoned due to relentless showers.

In case the match cannot be completed on the designated day or the reserve day, the two sides will be crowned as joint-winners, just like the Champions Trophy final between India and Sri Lanka in 2002.