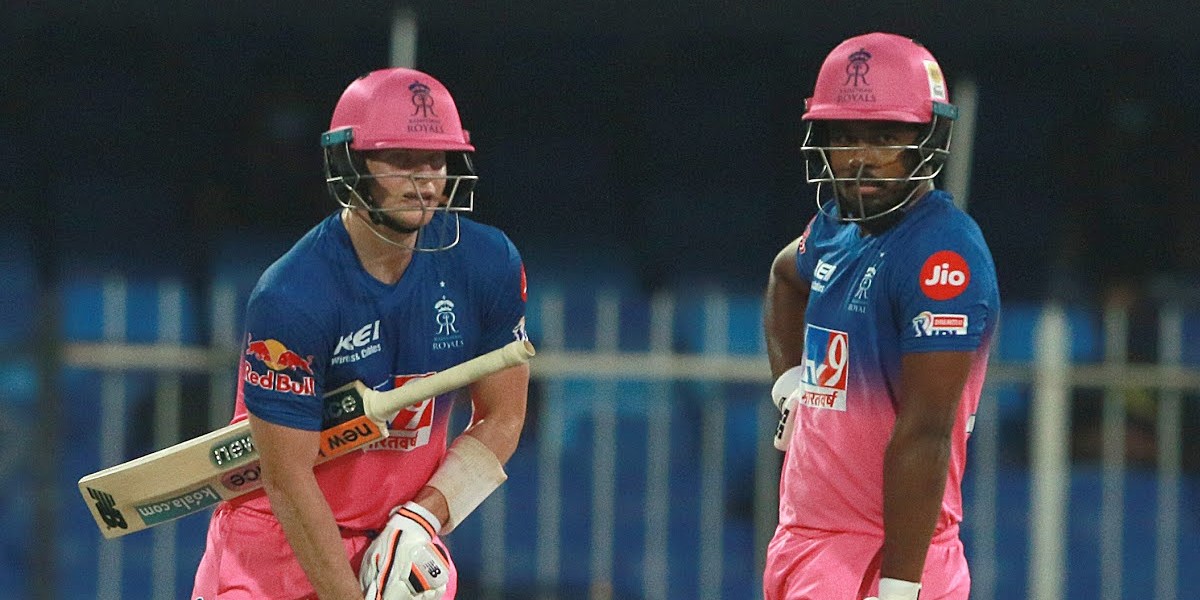 Steve Smith led Rajasthan Royals from the front, but it was Sanju Samson and Jofra Archer who brutalised Chennai Super Kings in Match No. 4 of the Indian Premier League 2020 at Sharjah Cricket Stadium on Tuesday (September 22). The two struck 13 sixes between them and helped Rajasthan outmuscle Chennai by 16 runs in their first game of the season.

Asked to bat, Smith crafted a classy fifty, but it was Samson who stole the show with his blistering knock as Rajasthan amassed 216/7 in their 20 overs. Samson clobbered nine sixes in his 32-ball 74 and added 121 runs for the second wicket with Smith. The former perished in the 12th over but Smith carried on for a while and scored 69 off 47 deliveries. Chennai did manage to pull things back a bit before Jofra Archer (8-ball 27*) tonked Lungi Ngidi for 30 runs in the final over to propel Rajasthan well past the 200-run mark.

In reply, Chennai might have lost by just 16 runs but they never looked threatening. Faf du Plessis smoked 72 off 37 but Rahul Tewatia scalped three crucial wickets in the middle overs and broke the back of the Chennai batting order. A total of 33 sixes were hit in the match, a joint highest in an IPL game.

Earlier, Smith opened the innings alongside debutant Yashasvi Jaiswal (6) but the two could only add 11 runs before the latter was sent back in the third over. The Under-19 star announced his arrival by smashing Deepak Chahar for a boundary towards deep mid-wicket but was dismissed on the very next ball trying to play the same shot. In the absence of Jos Buttler, Rajasthan needed Samson to step up and the wicketkeeper-batsman didn't disappoint at all.

The stylish right-hander, who had an average of just 11.29 against Chennai, looked in phenomenal touch from the word go and crafted Sam Curran for a four and a six in the fifth over to get the ball rolling. There was no stopping Samson thereafter as he smoked every Chennai bowler all around the park. A total of eight maximums were smacked in the space of four overs, with Samson hitting seven of those. The Chennai spinners kept bowling in his arc and Samson made the most of it.

After smoking Jadeja for consecutive sixes in the seventh over, Samson and Smith took apart Piyush Chawla by clobbering him for 28 runs in his first over. Samson blasted him for three sixes and completed his fifty off just 19 deliveries - the second-joint fastest for Rajasthan in the history of IPL. If that was not enough, Smith too joined the party and hammered the final delivery of the over for a yet another maximum. The two continued to go after Chawla and hit him for two more sixes and a four in his next over, as Rajasthan raced to 119/1 at the end of 10 overs. 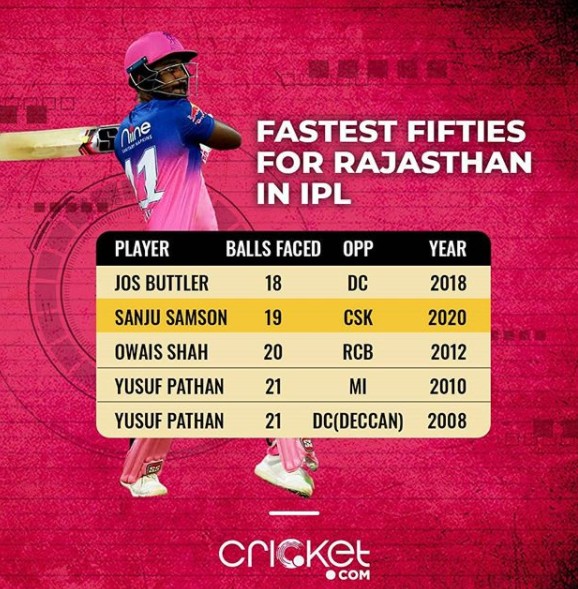 Rajasthan were 26/1 at the end of four overs and then smoked 106 runs in the next 7.4 overs. The boundaries kept flowing and Dhoni was forced to bring Ngidi back into the attack and the right-arm paceman from South Africa managed to get the all-important wicket of Samson. After the right-hander was caught at sweeper cover in the 12th over, David Miller too was run out in the same over, allowing Chennai to pull things back. Robin Uthappa (5) too couldn't contribute much but Smith kept the scoreboard moving and brought up his half-century in the 12th over.

After getting whacked for 47 in his first two overs, Chawla conceded only eight runs in his next two overs. With wickets falling at the other end, Smith tried to bat till the end but couldn't as Sam Curran had him caught at deep mid-wicket in the penultimate over. It looked like Chennai would restrict Rajasthan below 200 but Archer was having none of it. Archer smashed Ngidi for four sixes in the final over and gave Rajasthan an unbelievable finish.

That's when Rahul Tewatia was introduced into the attack and the legspinner knocked over Watson for a 21-ball 33. Before the dust had settled, Gopal had Vijay (21) caught at deep square leg in the very next over. Sam Curran, who played a match-winning cameo against Mumbai Indians, was promoted to No. 4 and the all-rounder from England smoked Tewatia for back-to-back sixes, but the legspinner had his revenge in the same over. Tewatia had Sam Curran stumped for a 6-ball 17 and then on the very next ball got rid of debutant Ruturaj Gaikwad in a similar fashion.

There was no intent shown from du Plessis after the departure of Sam Curran. Kedar Jadhav (16-ball 22) did try his best but was outfoxed by Tom Curran in the 14th over. With 102 needed off 36, du Plessis finally changed gears and hit Tewatia for two sixes. The former South African skipper then slammed Unadkat for three sixes and brought the equation down to 58 off 18. Getting so many runs against Tom Curran and Archer was never going to be easy and it was the latter who finally dismissed du Plessis in the 19th over. Having scored just 17 off his first 18 deliveries, du Plessis hit 55 off his next 19.

MS Dhoni (17-ball 29*) struck three sixes in the final over and helped Chennai reduce the defeat margin, which might come in handy at the latter stage of the tournament. 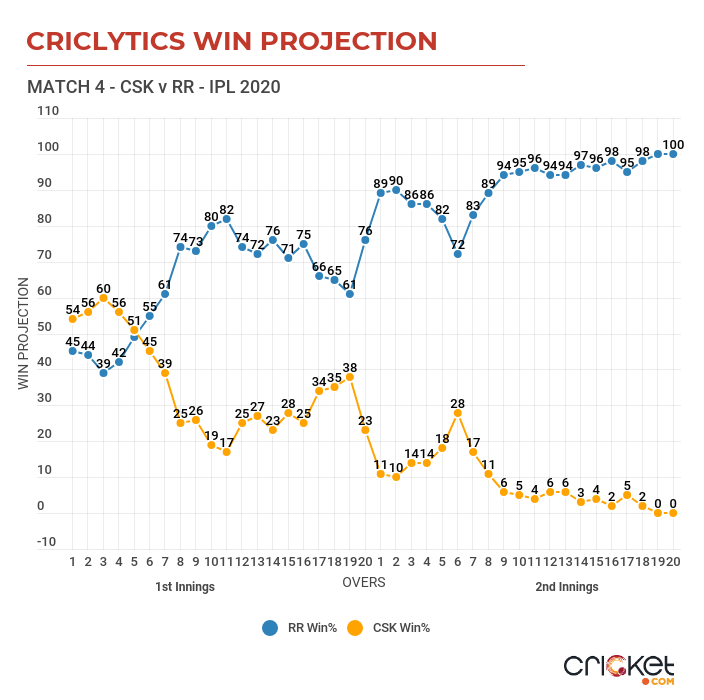