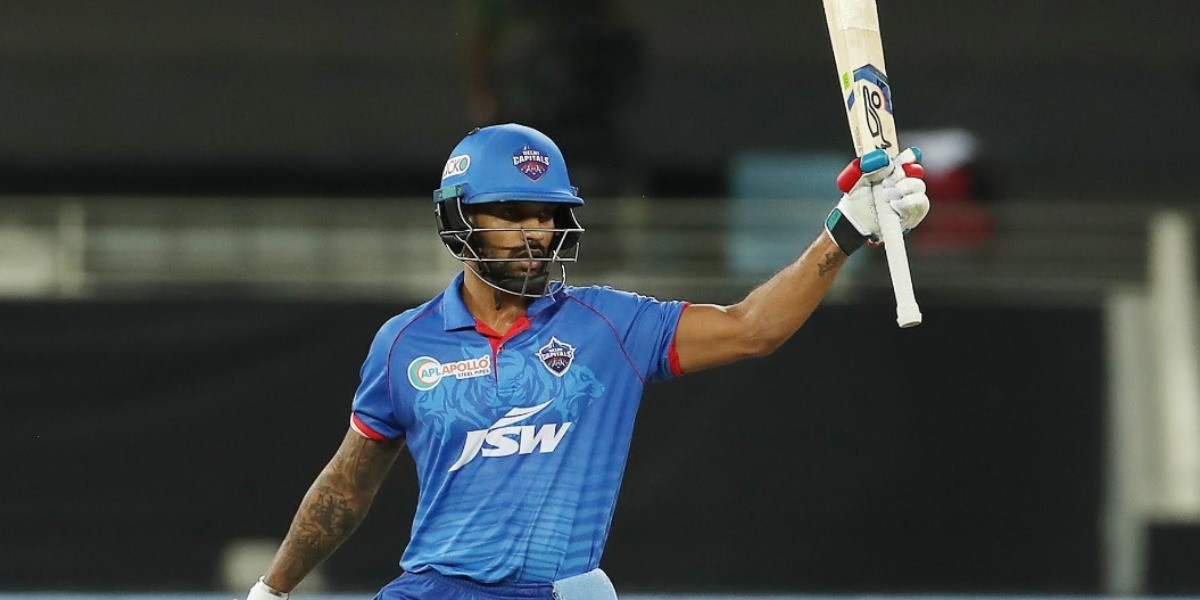 The seventh match of the 2021 Indian Premier League will see Rajasthan Royals and Delhi Capitals face off at the Wankhede Stadium in Mumbai. While the Royals lost a last-ball thriller against Punjab Kings in their first game of the season, the Capitals began their campaign with a comfortable win against Chennai Super Kings.

There’s nothing to separate RR and DC when it comes to past contests in the IPL, with either team defeating the other 11 times. In recent matches between the two teams, though, Delhi have been completely dominant, winning each of their last five games against Rajasthan. 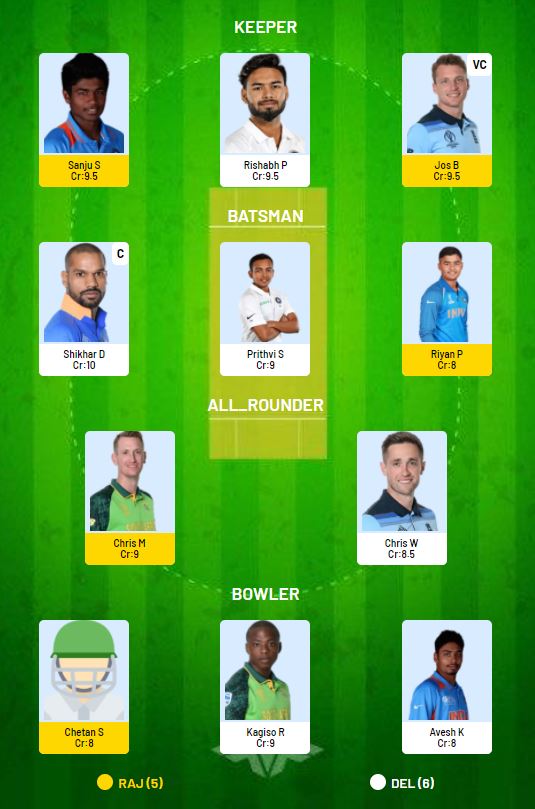 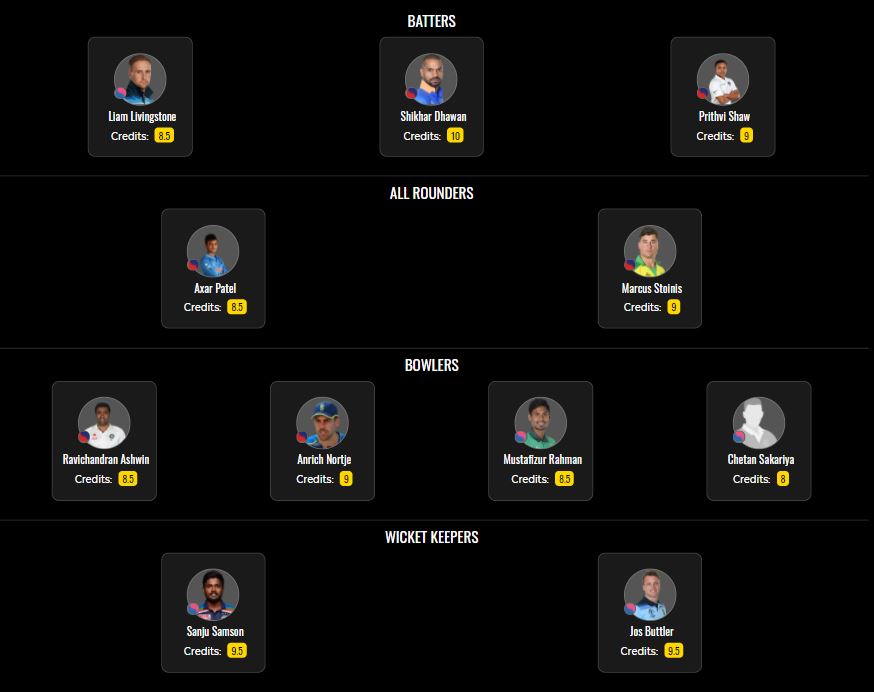 Unsurprisingly, the Wankhede Stadium in Mumbai has been heavily favourable towards batting in the two matches held at the venue so far this season. It was especially evident in the game between RR and PBKS as a total of 438 runs were runs in 40 overs.

This has generally been the case at the stadium in recent years. Since 2019, the batting average here has been 30.4 while a wicket has fallen every 21.3 deliveries. Across the six venues hosting matches in the IPL this season, the Wankhede Stadium tops on both the aforementioned categories during the period. 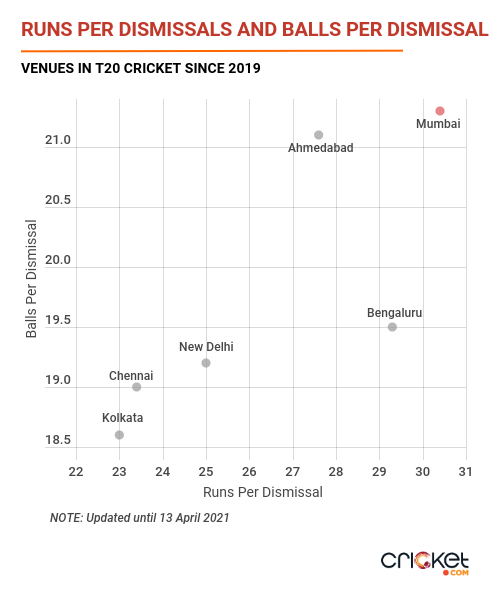 In the two matches held in Mumbai during IPL 2021 so far, pacers have been completely dominant when it comes to wicket-taking. Out of the 22 wickets that have fallen to bowlers, 20 have been taken by pacers. That’s the main reason we’ve gone with five pace-bowling options in the team.

When we consider T20 cricket since 2019 at the Wankhede Stadium too do fast bowlers come out on top. They have accounted for just over two-thirds of the wickets taken by bowlers during that period and have a better bowling strike rate by four runs per dismissal.

Kagiso Rabada is likely to be available for this match, so keep a tab on that. The South Africa pacer has been remarkable for Delhi in the IPL. 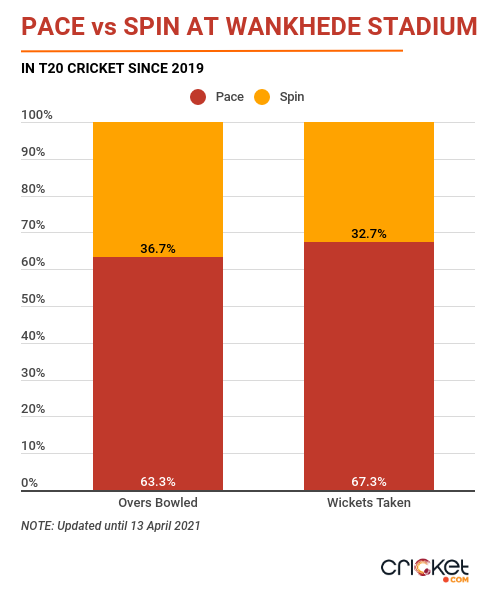 Jos Buttler and Ravichandran Ashwin have a bit of history between them after the Mankading incident that had taken place during IPL 2019. In T20 cricket, when they’ve faced off so far, Ashwin has dismissed Buttler (not counting the Mankading of course) once in seven innings, but what’s impressive is that the India off-spinner has been able to restrict the aggressive England wicketkeeper-batsman to a strike rate of 112.5. 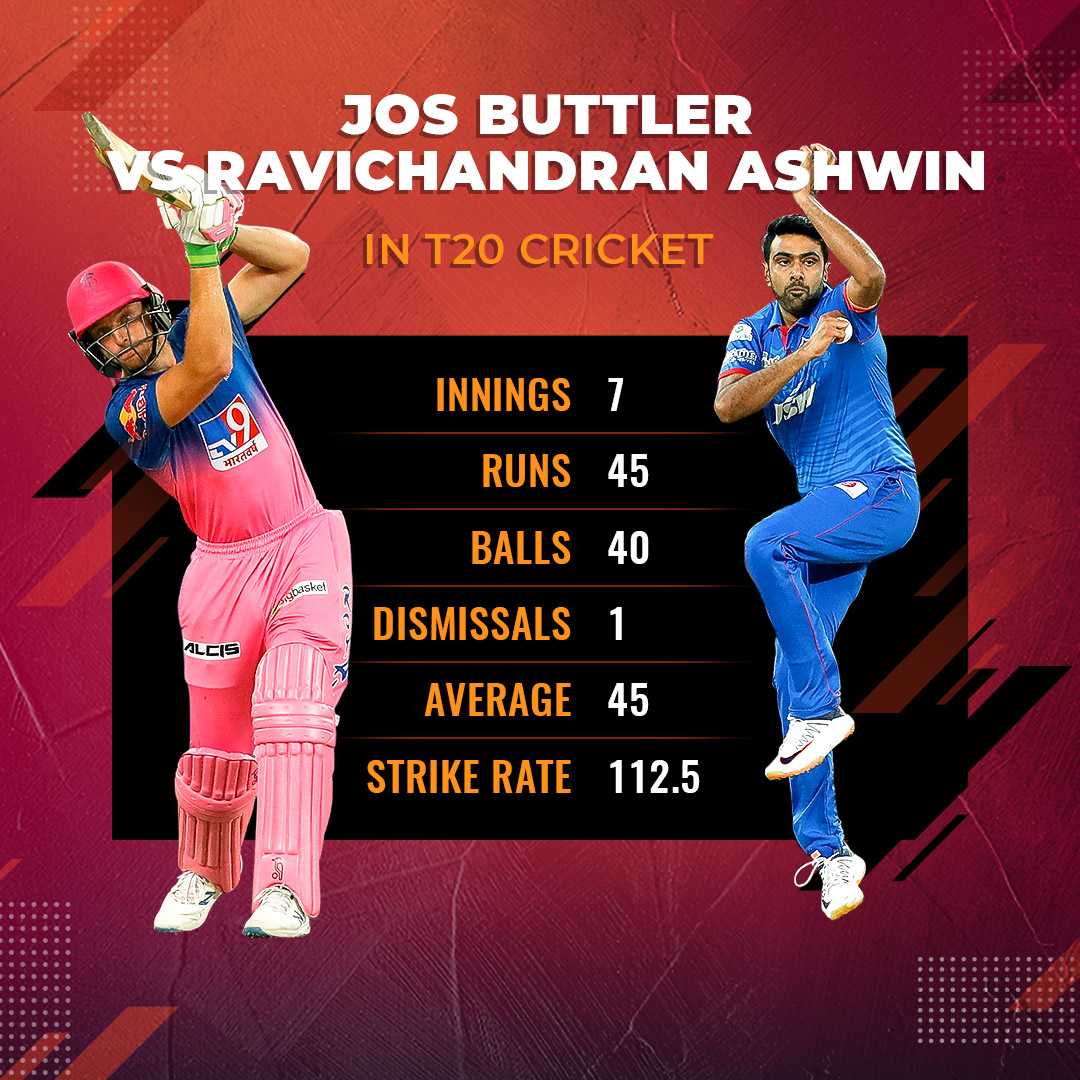 After enduring a tough time in 2020, Prithvi Shaw was simply brilliant in the Vijay Hazare Trophy and seems to have carried on that form to the IPL. On the other hand, Shreyas Gopal didn’t enjoy a great start to this season against PBKS. While Gopal has dismissed Shaw twice in 11 deliveries in T20 cricket so far, it would be a gutsy move from RR to bowl a spinner to the DC opener. 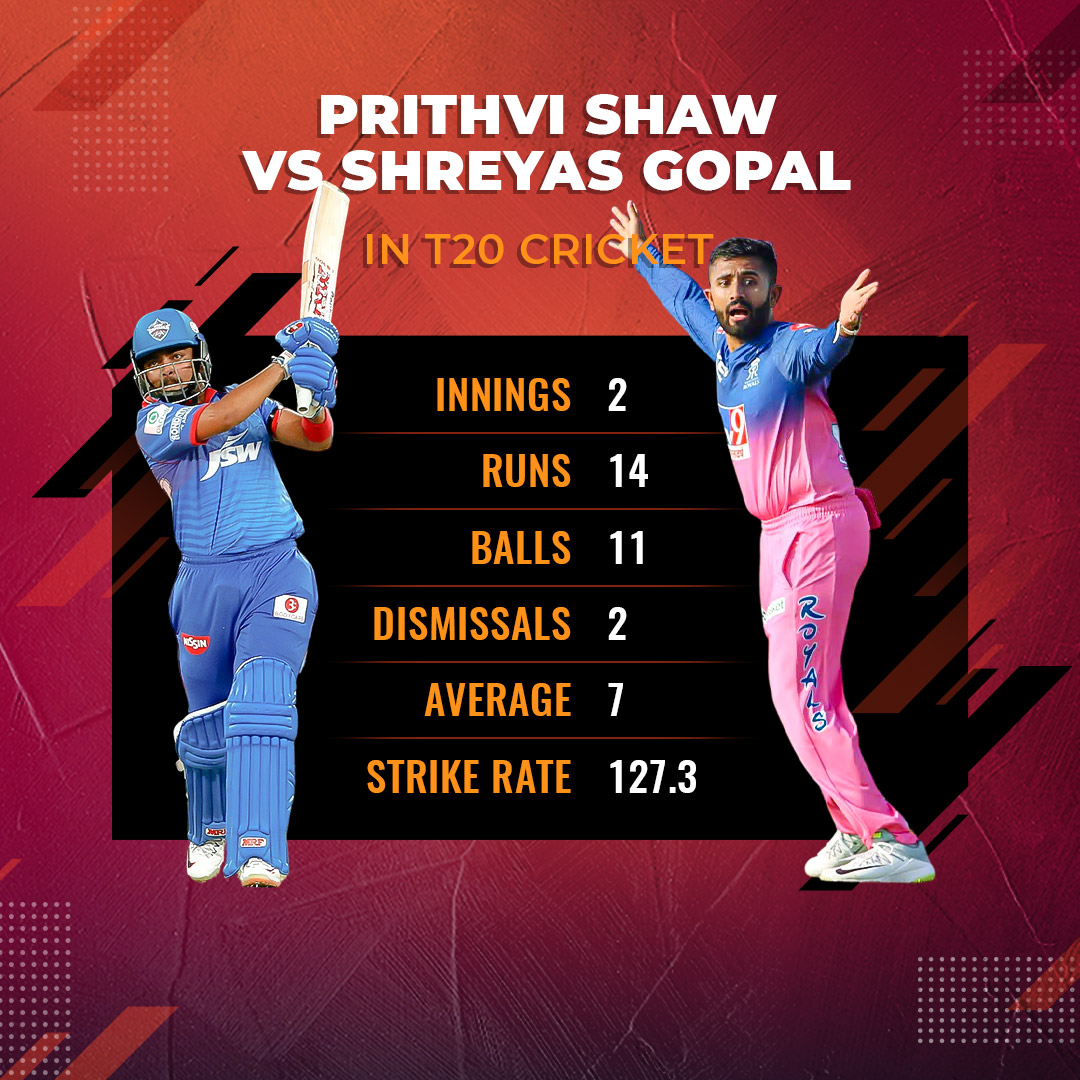 Shikhar Dhawan: The left-handed opener has been incredibly consistent in the IPL over the years. He has averaged over 34 in every season since 2016. In some seasons, his batting strike rate might have been on the lower side, but that’s not a big worry in fantasy cricket. Besides, he has improved recently even on that front. In the 2020 IPL, Dhawan averaged 44.1 and had a strike rate of 144.7, his best numbers across all seasons on both fronts. He began this season with a 54-ball 85 against CSK and will look to carry on that form moving forward.

Our Criclytics player projector predicts Dhawan could score 23-34 runs in this match.

Jos Buttler: With Ben Stokes ruled out of the tournament, there will be extra responsibility on Buttler to perform. Since joining RR in 2018, Buttler has scored 1212 runs at an average of 41.8 and strike rate of 151.9 which are fantastic numbers. He got off to a top start in the match against PBKS but couldn’t kick on after scoring 25. It’ll be interesting to see, if in Stokes’ absence, Buttler opens the innings. If he does, it could an added bonus.

Our Criclytics player projector predicts Buttler could score 17-26 runs in this match.

Kagiso Rabada: After missing DC’s first match of the season, Rabada is likely to make his maiden appearance of IPL 2021 in this game. He has been magnificent in the IPL, and during the 2020 edition, became the quickest bowler – in terms of matches – to reach 50 wickets in the tournament. He also won the Purple Cap last season, after having picked up 30 wickets. In his last 31 IPL matches, he has gone wicketless just thrice.

Our Criclytics player projector predicts Rabada could take 0-1 wickets in this match.

Sanju Samson: In his first IPL match as captain, Samson played a sensational knock, scoring 119 from just 63 deliveries against PBKS. His innings almost saw RR pull off a remarkable victory, but they just fell short in the end. In the past, consistency has been a bit of an issue for Samson and he will be hopeful of correcting that this season. In the IPL, he has three 70+ scores in seven innings at the Wankhede Stadium.

Our Criclytics player projector predicts Samson could score 21-32 runs in this match. 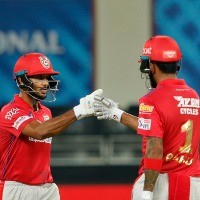