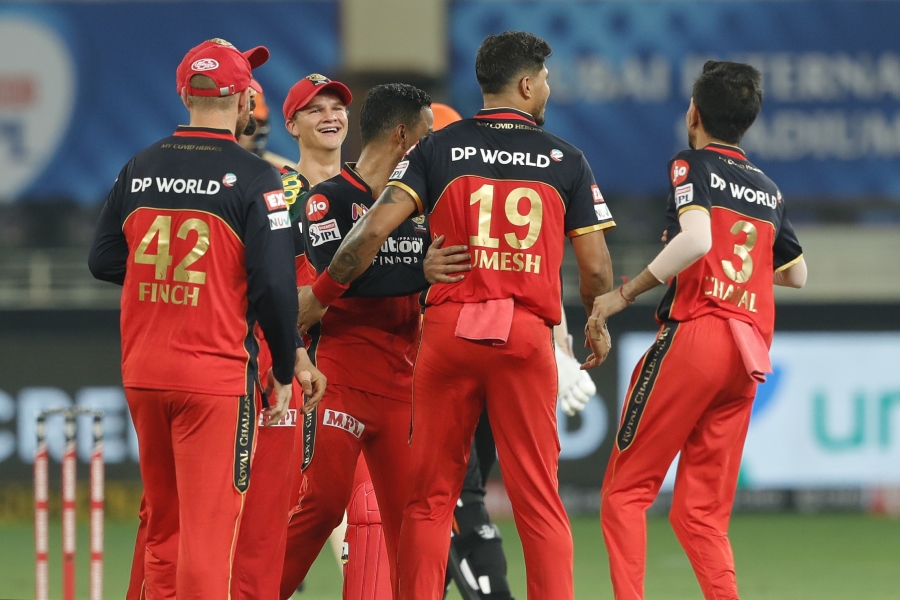 Rajasthan Royals (RR) take on Royal Challengers Bangalore (RCB) in Match 33 of the Indian Premier League (IPL) 2020 at Dubai International Cricket Stadium on Saturday (October 17). While RCB remain well in contention to make it to the playoffs, RR, on the other hand, need to get on a roll to have a chance to make it to the top four. Given that they have lost four out of their last five games, their chances, as of now, seem to be low. In the previous encounter between these two sides, RCB registered a comfortable eight-wicket victory thanks to Yuzvendra Chahal’s three wickets and Virat Kohli’s unbeaten 53-ball 72.

The two teams have clashed 21 times in the IPL, with RR having a slight edge having won 10 and lost nine. In the last five encounters, RCB have managed to win just once, while RR have won thrice, once again giving the men in pink a slender advantage. 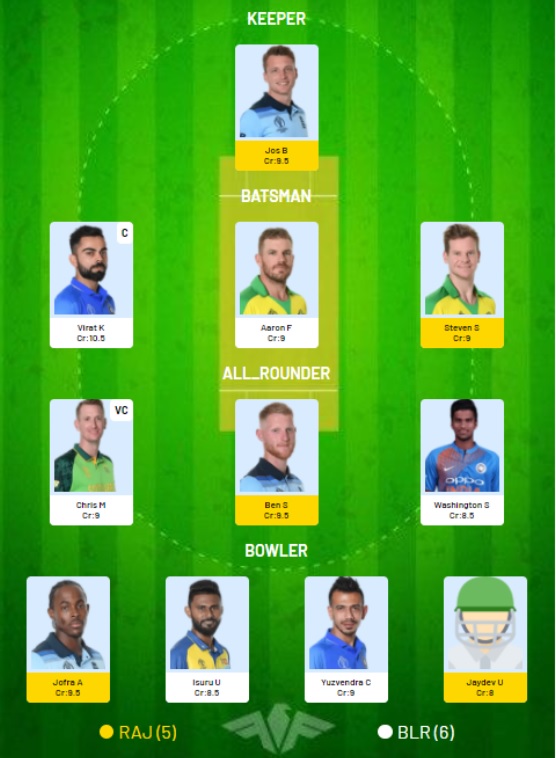 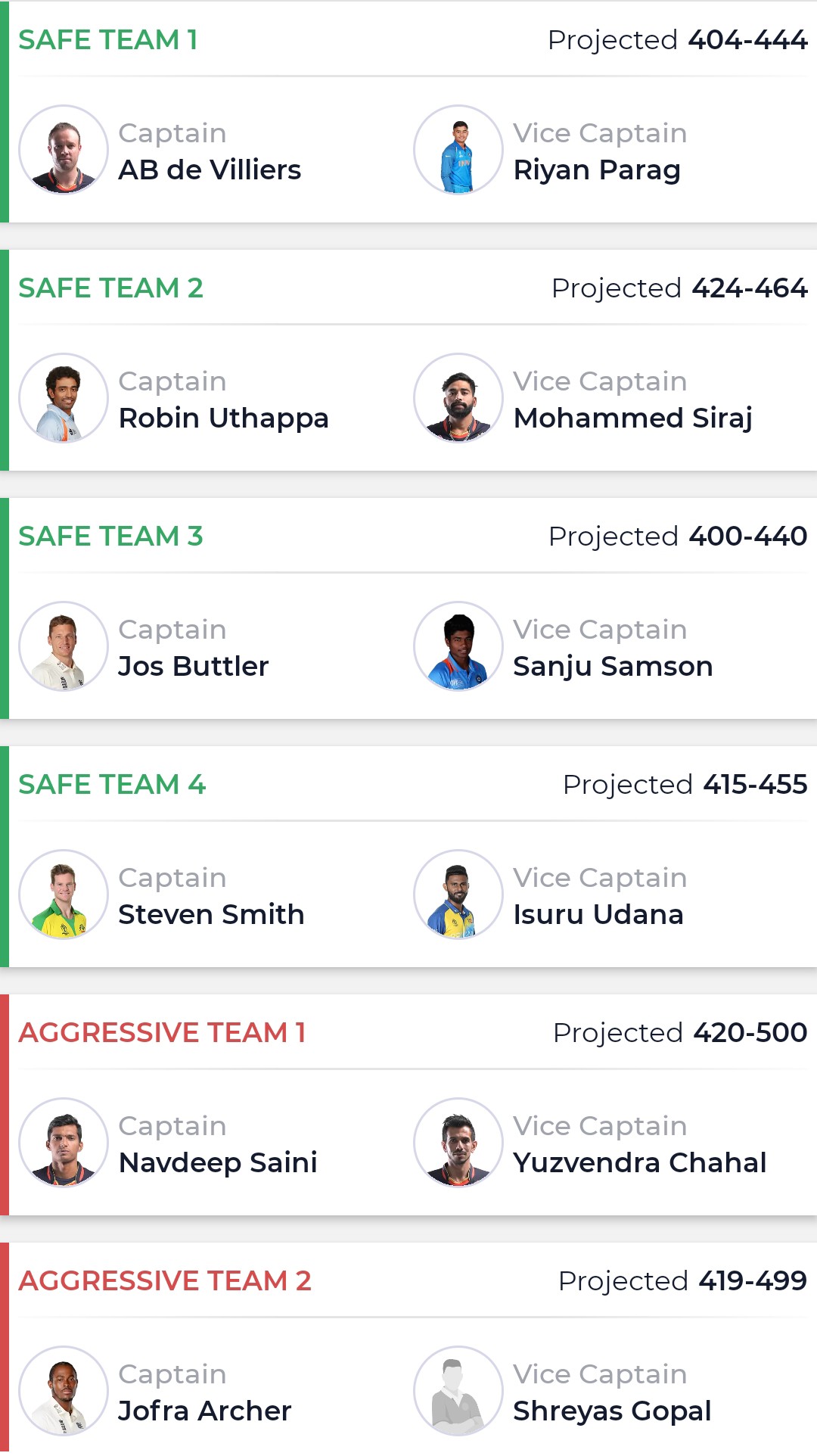 Both Virat Kohli and Steven Smith make it to Gautam Gambhir's fantasy XI too. Here's the two-time IPL winning captain's XI and the reasoning behind it.

The Dubai International Stadium has hosted 14 matches in IPL 2020 so far and has also witnessed two Super Overs. The team batting first have gone on to win 12 out of the 14 matches at this venue. Incidentally, RR were one of the two teams to have won chasing a target in Dubai, when they chased down 159 against SRH not too long ago. However, as the tournament has progressed, teams have preferred batting first, getting a big score on the board and defending it. Moreover, this is a day game and the chances of dew coming into play late on in the game will be restricted to a bare minimum.

While the average first innings score in Dubai has been 176, the average second innings score reads a sorry 149 – the lowest among all three venues. Overall, 4,844 runs have been scored in Dubai at a run-rate of 8.1, with the bowlers picking up a wicket every 21.5 deliveries, 29.1 runs apart.

However, in day games in Dubai this season, the bowling strike-rate reads 22.8 and wickets have fallen once every 29.7 runs. Keeping in mind the marginal increase in runs per wicket and balls per wicket in day games, the average second innings total has gone up to 156, while there is a dip in the average first innings score which reads 160. 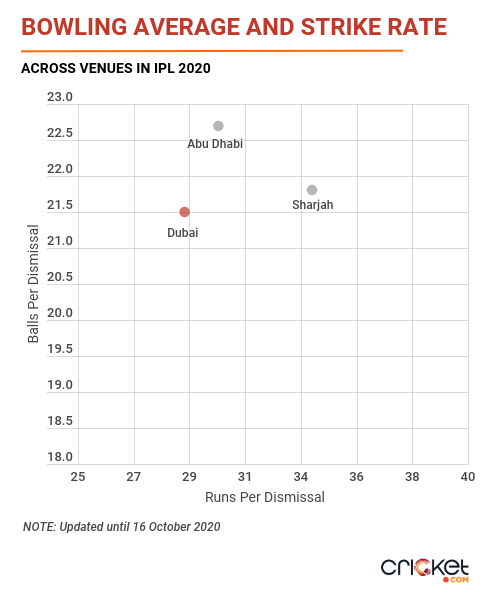 Dubai has been good for pacers and spinners, however, like the other two venues, it is the former who have picked up most of the wickets. Similarly, the spinners at all venues, including Dubai, have been more economical, however, that criteria should not play any role in you picking your fantasy team.

The fast bowlers have picked up a wicket every 20.6 deliveries at an average of 29, while the corresponding numbers for the spinners are 23.1 and 29.4 respectively. Close to 65% of the wickets have been picked up by pacers, and the fact they have a better balls per wicket and runs per wicket ratio indicates that you should stack your team with quicks, with a couple of handy world-class spinners, which both RR and RCB possess. 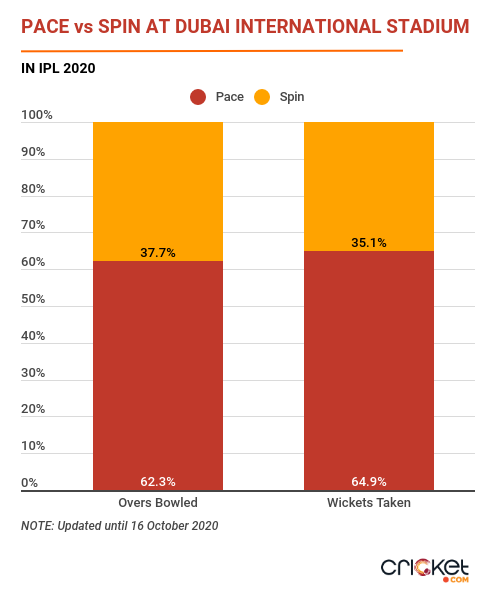 Sanju Samson has been dismissed by Yuzvendra Chahal off the very first ball on two continuous occasions, including the match played on October 3 at Abu Dhabi. Chahal has a chance to complete a hat-trick of sorts if he manages to get Samson again off the first ball. Even overall, it is the legspinner, who has the advantage over the RR batsman, having dismissed him four times in their seven previous meetings. 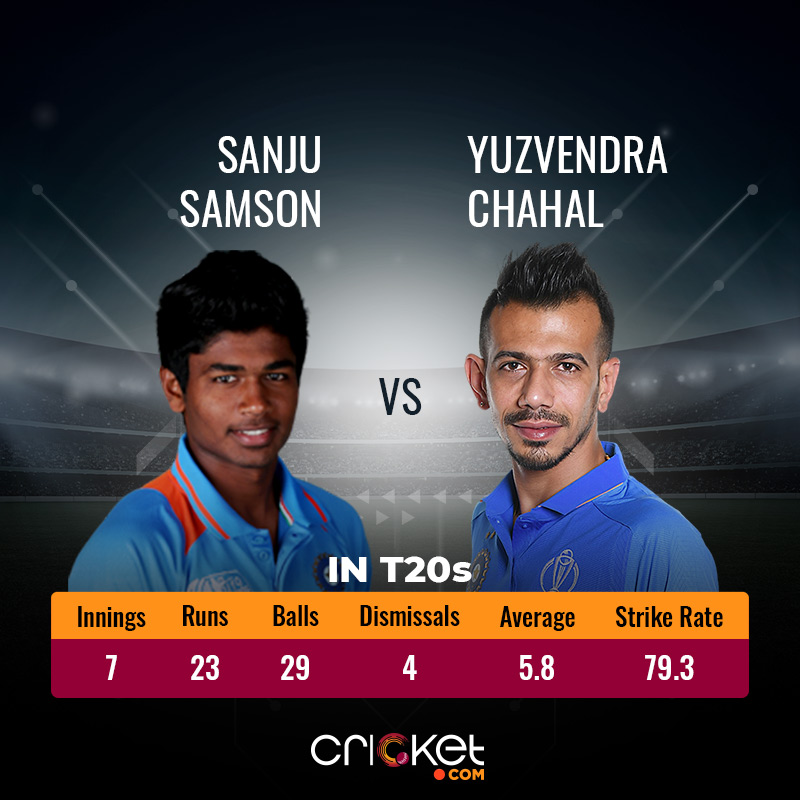 Barring the previous match in Abu Dhabi, Shreyas Gopal has dismissed AB de Villiers on all four occasions they have come up against each other. Gopal has not been in the best of form this season, but de Villiers, on the other hand, is hitting the ball extremely sweetly and could fancy his chances against Gopal as well. Overall, while AB does not have a good record against Gopal – having taken just 25 off 31 balls. This could be an opportunity for the RCB batsman to set the record straight. 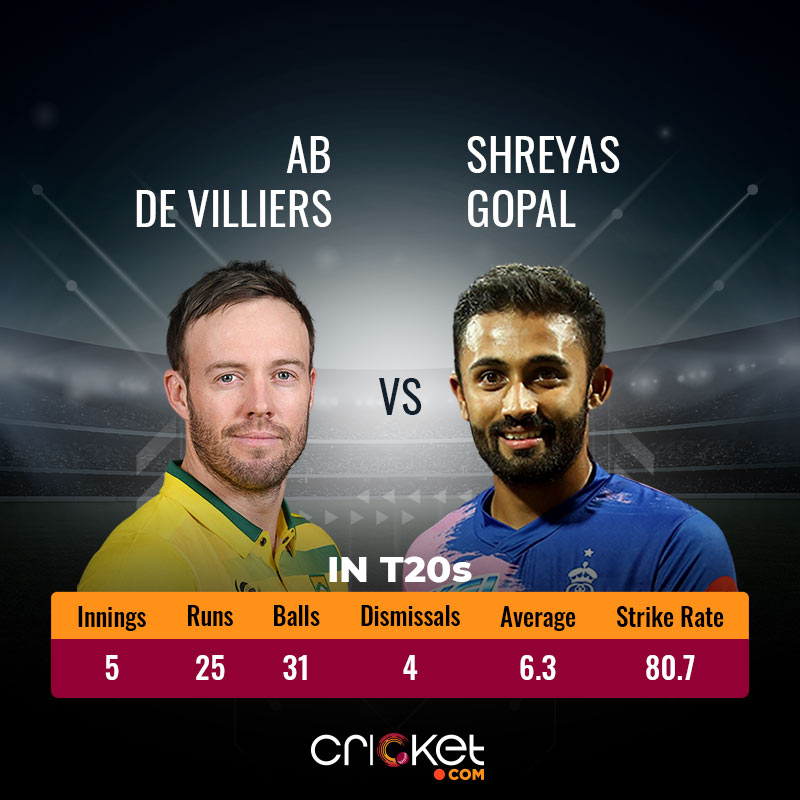 Aaron Finch has has scored at a relative ease in T20s and has been dismissed just thrice in 10 innings against Jofra Archer, who has been his team's best bowler by a long margin. Archer could not get the better of Finch in the previous meeting this season but the Australia captain will be wary of Archer's threat this time around. 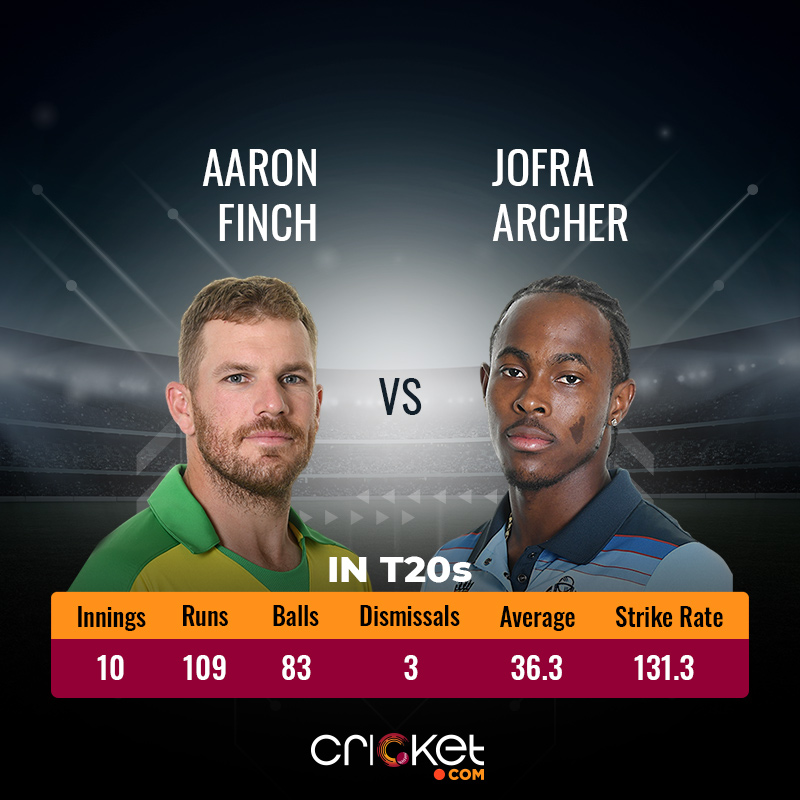 Virat Kohli’s last four knocks of 48, 33*, 90* and 43has certainly put him in firm position to be the captain of your side. After a slow start, he has turned things around to become RCB’s leading run-scorer in the competition with 204 runs at 60.8. His slow approach especially in the first 15 overs, where he has a strike-rate of 110.4, has come under scrutiny, but the important thing from a fantasy point of view is that it is the runs that eventually gets you the points and not the pace at which he gets there. His consistent approach in the last few matches indicates that he could be the right option.

Our Criclytics player projector predicts Kohli could score 18-4 runs in this match.

Only once has Yuzvendra Chahal gone wicketless in the competition in seven innings so far. Despite that, he has had quite a successful tournament so far, having picked up 11 wickets at 20.54 at an economy rate of 7.53. He has been excellent especially in the middle phase in which he has picked up six wickets – second only to Rashid Khan who has nine – striking once every 21 deliveries and has conceded at just six an over. He has created enough pressure in the middle phase for the other bowlers to exploit, which his team-mates have been successful in executing.

Our Criclytics player projector predicts Chahal could pick up 1-2 wickets in this match.

Jofra Archer knocked over Prithvi Shaw over off the very first ball of the match the other night and he has been one of RR’s best players this season. His pace is more than the batsmen have been able to handle and not to forget, his six-hitting ability down the order has given RR some big totals. He has done well in all three phases of play, picking up four wickets in each and is guaranteed to play a huge part in helping you rack up points.

Our Criclytics player projector predicts Archer could pick up 1-2 wickets in this match.

Rahul Tewatia is just one of two RR batsmen to have scored more than 200 runs in the IPL and has also gone on to pick up five wickets too. His crucial knocks have come in match-winning efforts and has clearly been tipped as the finisher of the team, indicated further by the fact that Ben Stokes has been opening in the last couple of games. Tewatia may be inconsistent with the ball, but his ability with the bat having scored 14*, 45* and 38 in the last three innings batting at No. 6-7 could be a good enough reason to have him in your team. It will surely be a bonus if he can get a scalp or two.

Our Criclytics player projector predicts Tewatia could score 6-15 runs and pick up 0-1 wickets in this match.