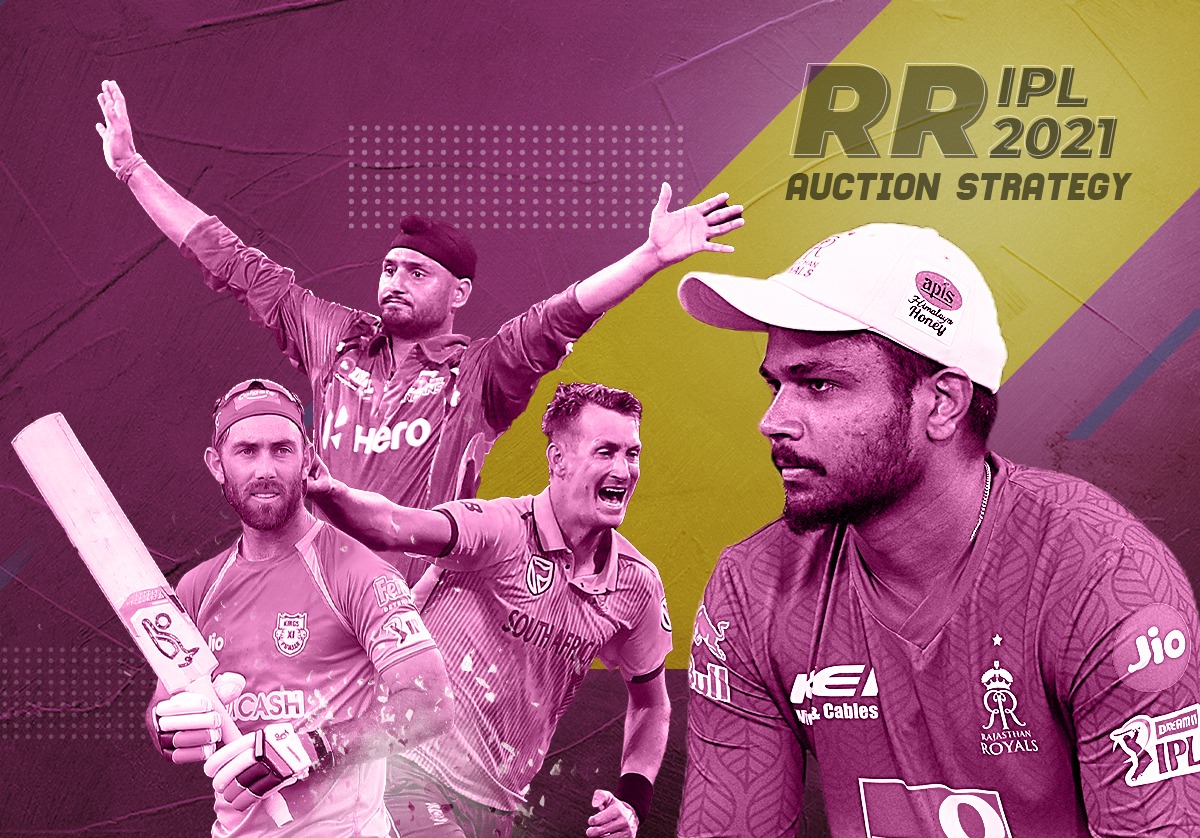 Rajasthan Royals have been one of the more unstable sides in IPL since their return in 2018. They made it to the playoffs in 2018 but since then, it has been a struggle. There has been constant chopping and changing, including the leadership role. Ajinkya Rahane was sacked as the captain in the middle of their 2019 campaign and now, his successor, Steve Smith, too has been snubbed from the side. Rajasthan finished at the last spot under his captaincy in 2020.

Smith’s release was one of the biggest announcements when the eight teams declared the list of players released. However, it was a necessary call as Smith in the captaincy role had restricted Rajasthan to the same set of four overseas players - Smith himself, Ben Stokes, Jos Buttler and Jofra Archer. While the latter three were consistent, Smith’s T20 form declined. He scored 311 runs in the season at an average of 25.9 - his lowest in an IPL season. His strike-rate (131.2) was inflated by three games in Sharjah.

Overall, Rajasthan released nine players which involved the unloading of five pacers - Ankit Rajpoot, Oshane Thomas, Akash Singh, Varun Aaron, Tom Curran. While Thomas and Singh did not get a game, Rajpoot, Aaron and Curran were inconsistent throughout the 2020 edition. Robin Uthappa had a terrible season - averaging 16.3 for his 196 runs - and was traded to Chennai Super Kings. Anirudha Joshi and Shashank Singh are the other two uncapped players to be released.

This leaves the Jaipur-based franchise with a large purse of INR 37.85 crore and three overseas spots. Rajasthan Royals will be one of the more active sides in this auction. 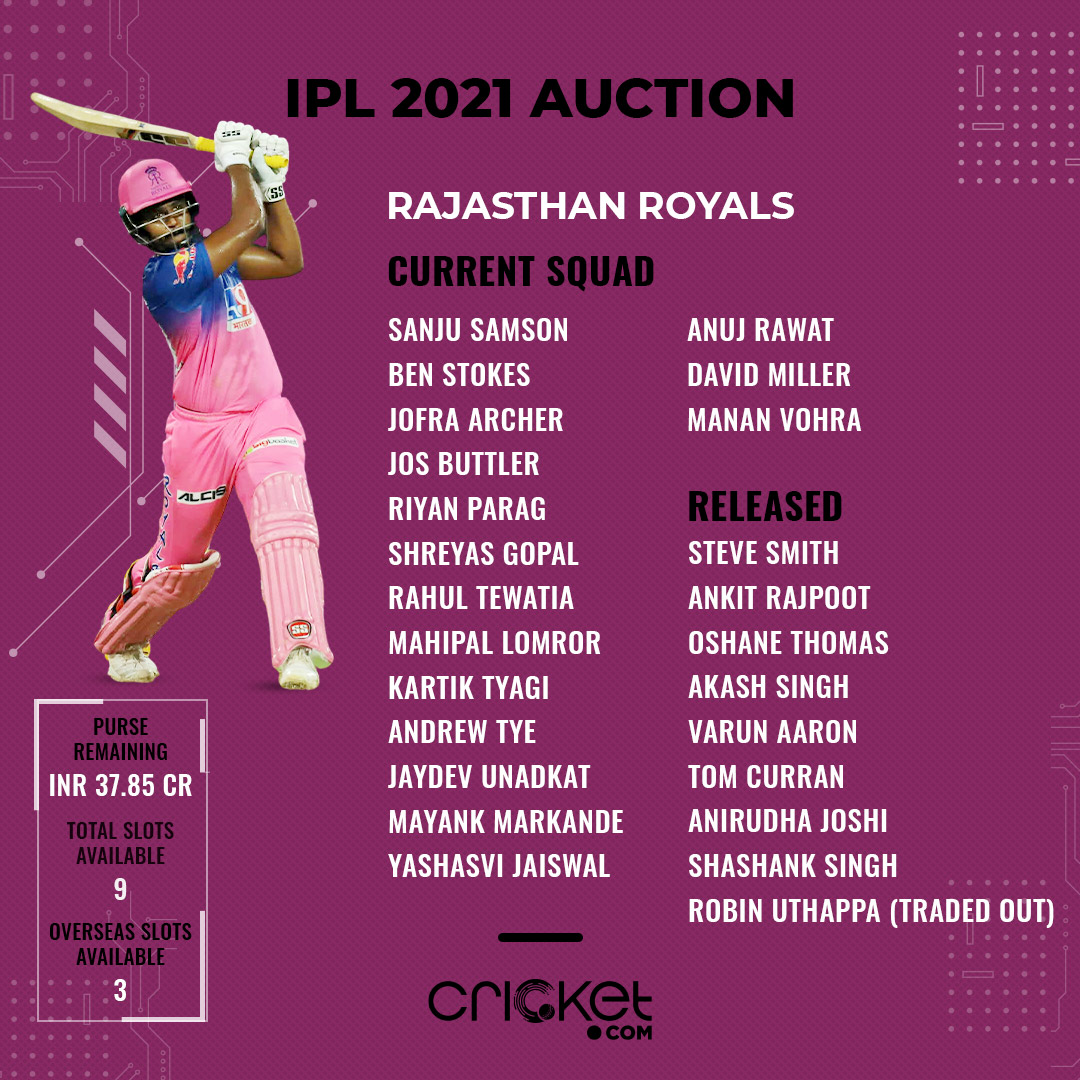 Rajasthan were a one-man bowling attack in the 2020 season. Archer picked 20 wickets at an average of 18.3 with an economy as low as 6.6 in his 55.4 overs. The rest bowled with an average of 50.7 and an economy of 9.7. Such contrast in bowling from either ends throughout a campaign of 14 games was unprecedented. 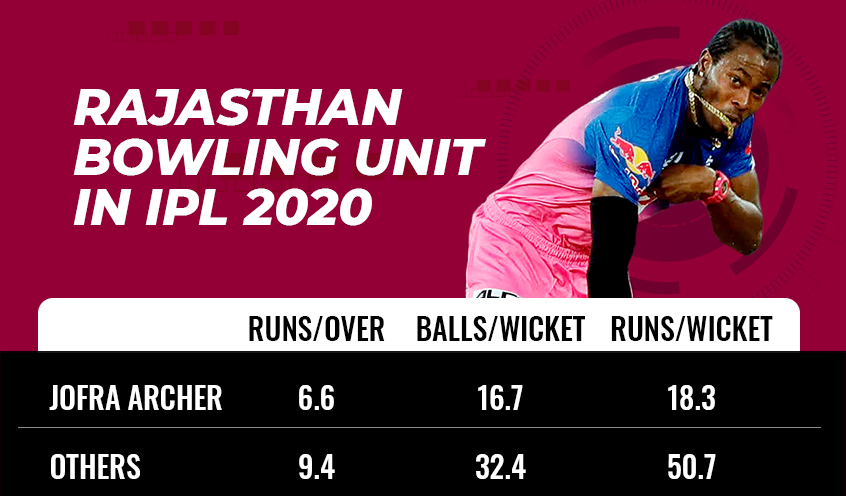 It is no-brainer that Rajasthan need an apt bowling partner for Archer. AJ Tye is retained but his numbers have taken a massive hit in the last couple of years. Lack of proven fast bowling options amongst the Indian contingent means Rajasthan would be interested in the overseas lot of pacers.

With plenty of options on offer, Rajasthan can eye bowlers like Jhye Richardson, David Willey, Mark Wood, Liam Plunkett, Jason Behrendroff and a few more. Although, they will have keen interest in Kyle Jamieson and Chris Morris owing to their potential with the bat.

Rajasthan would also want their newly recruited fast bowler to be good at the death. It was the only area where Archer appeared a little flustered. His economy-rate in the last five overs was 9.8 compared to 4.6 in the first 15. All these factors hint at Rajasthan’s reunion with Morris after six years.

Release of top-order batsmen like Ajinkya Rahane, Rahul Tripathi before the 2020 season and now Smith and Uthappa means Rajasthan is a little light in the opening department. Either one of Buttler and Stokes will open and will be partnered by the youngsters in Manan Vohra and Yashasvi Jaiswal, both of whom have been inconsistent in IPL. Jaiswal played a handful of games for Rajasthan in 2020 while Vohra has now warmed the bench for two seasons in a row.

Since it is only for the back-up slot, Rajasthan don’t need to run after big names. They will have plenty of options to choose from. They can go for the recent performers who are not big in the IPL arena yet - Alex Carey, Matthew Wade, Glenn Phillips, Liam Livingstone, Rahmanullah Gurbaz to name a few. They can also opt for international experience in Colin Munro, Jason Roy, Evin Lewis, Kusal Perera and Aaron Finch. Alex Hales and Dawid Malan are expected to be hot property in the auction and Rajasthan’s purse alongside their affinity for England players suggest they can go hard for either of these two.

However, the 26-year old Mohammed Azharuddeen can beat them all. The Kerala opener carved a 54-ball 137 against Mumbai in the 2021 Syed Mushtaq Ali Trophy where he was a teammate of the current Rajasthan Royals’ skipper, Sanju Samson. Being one of the few Indian openers in the auction this year, Azharuddeen can induce a bidding war and Rajasthan have the purse to grab him. They can also open with him ahead of both Jaiswal and Vohra.

We don’t know yet which one of Buttler and Stokes will take the middle-order duties but whoever does it will bat at number four, post which Rajasthan appears thin in terms of experience. There will be games when David Miller will slot in at number five but he is not a reliable fix. Rajasthan would like to have another alternative in the bank.

Glenn Maxwell and Sam Billings emerge as two excellent options for Rajasthan and may even pip Miller for a spot in the XI if they make this squad. Both can bat anywhere in the order which fills the back-up opener’s slot as well. Maxwell also offers handy off-spin which allows Rajasthan to kill not two but three birds with one stone. Moeen Ali, Colin Ingram and Kedar Jadhav are other few options Rajasthan can ponder upon.

Rajasthan have three leg-spinners in their squad - Shreyas Gopal, Rahul Tewatia and Mayank Markande - but no off-spinners which can put them in a precarious situation against left handers. An off-spinner is necessary to break that uniformity in the attack.

There are limited options in this department. For Rajasthan, the best bet would be Harbhajan Singh, the most experienced off-spinner in the IPL history. They can also go back to Krishnappa Gowtham who did well for them in the past while bowling in the Powerplay. Gowtham will also add to Rajasthan’s batting depth.

As said above, Rajasthan Royals will be one of the more active sides in the auction and with a handy purse and slots available, they are likely to get what they need, given they head in the right direction. 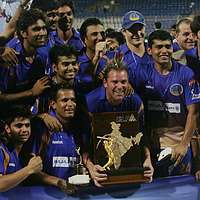 OPINION
Rajasthan Royals defy all odds to win inaugural IPL season
On this day, in 2008 the unfancied Rajasthan side beat Chennai by three wickets to win the first season of the IPL