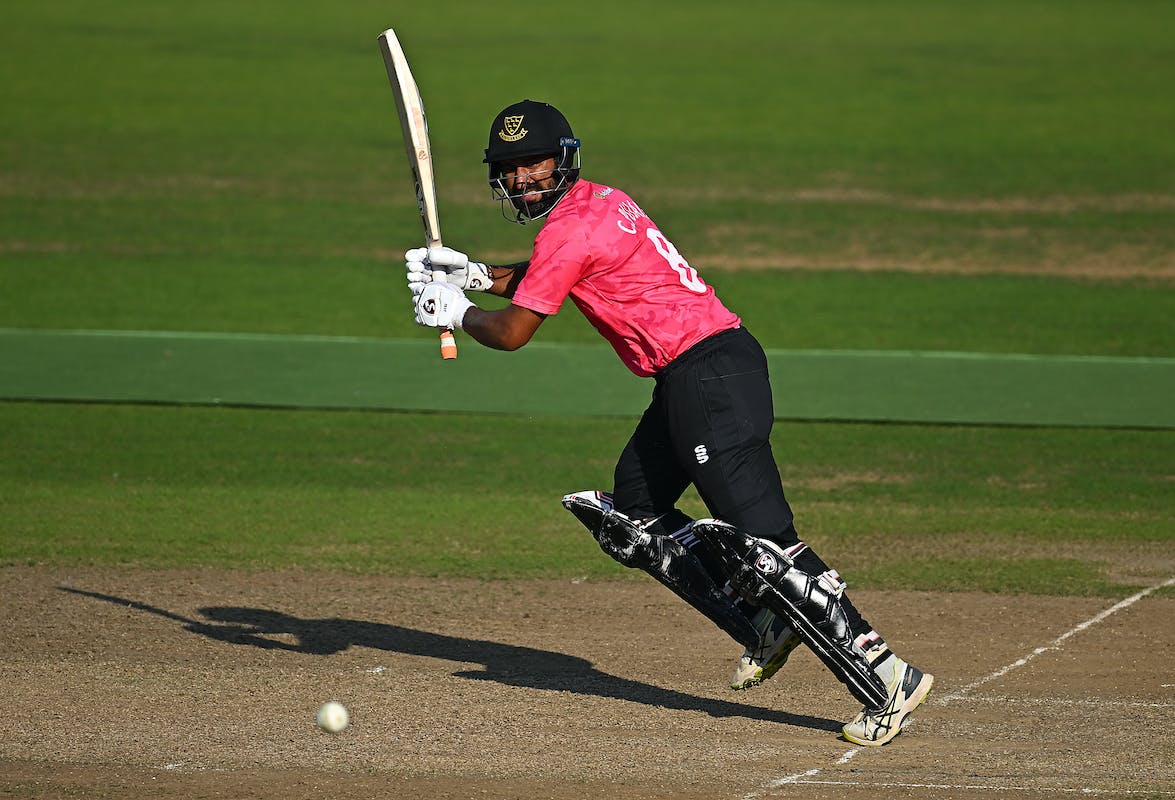 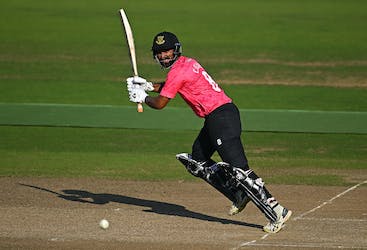 On Sunday, Pujara smashed 174 off 131 to make it back-to-back tons in the Royal London Cup

Cheteshwar Pujara has created history at the County Ground in Hove by smashing an astonishing 174 (131) against Surrey, bringing up his highest ever score in List A cricket, going past the unbeaten 158 he smashed representing India B in Rajkot in 2012. With the knock, the 34-year-old also now holds the record for the highest score by any Sussex batsman in List A cricket, going past the 171 posted by David Wiese against Hampshire in 2019.

Pujara entered Sunday’s clash fresh off a blitzing 79-ball 107 against Warwickshire on Friday, and showed no signs of slowing down, picking up from right where he left in Birmingham.

Batting first, Pujara, Sussex’s skipper, entered with his side in a precarious position at 9/2, but propelled his side to 378 courtesy a mind-boggling 174 in which he struck 20 fours and 5 sixes.

On the day, Pujara started slow. The loss of early wickets meant that he had to steady the ship, and the right-hander only collected 23 off his first 45 balls. But he nonchalantly shifted gears once he got his eye in. After the extremely cautious start, Pujara brought up his fifty off 69 balls, getting to the landmark by collecting a boundary off Matt Dunn. He then smashed the medium pace of Ryan Patel for a four and a six off the very next over to catch up on the strike rate and eventually got to the three-figure mark off 103 balls.

But it was once Pujara got to three figures that he turned his beast mode on, astonishingly smashing 74 runs off the last 28 balls of his innings. The onslaught began with a six and a four off the bowling off-spinner Amar Virdi, post which the Sussex skipper never looked back. He collected another 10 runs off the following over bowled by Dunn, before flaying left-arm spinner Yousef Majid for four consecutive boundaries. The right-hander brought up his 150 off just 123 balls.

After collecting 20 more runs off the following 2 overs, Pujara looked well-set for a maiden List A double ton, batting on 174 with three full overs remaining, but ended up perishing to Conor McKerr, attempting to dispatch the seamer over long-off. The skipper’s efforts, though, ensured that his side posted a formidable 378 on the board.

Pujara aside, the encounter witnessed Tom Clark score his maiden List A century. The left-hander, batting at No.3, counter-attacked post the two early wickets and took up the role of the aggressor in the 209-run stand with Pujara. Clark, however, did not cash in like his skipper did as he got trapped in front by Virdi almost immediately after getting to the three-figure mark.