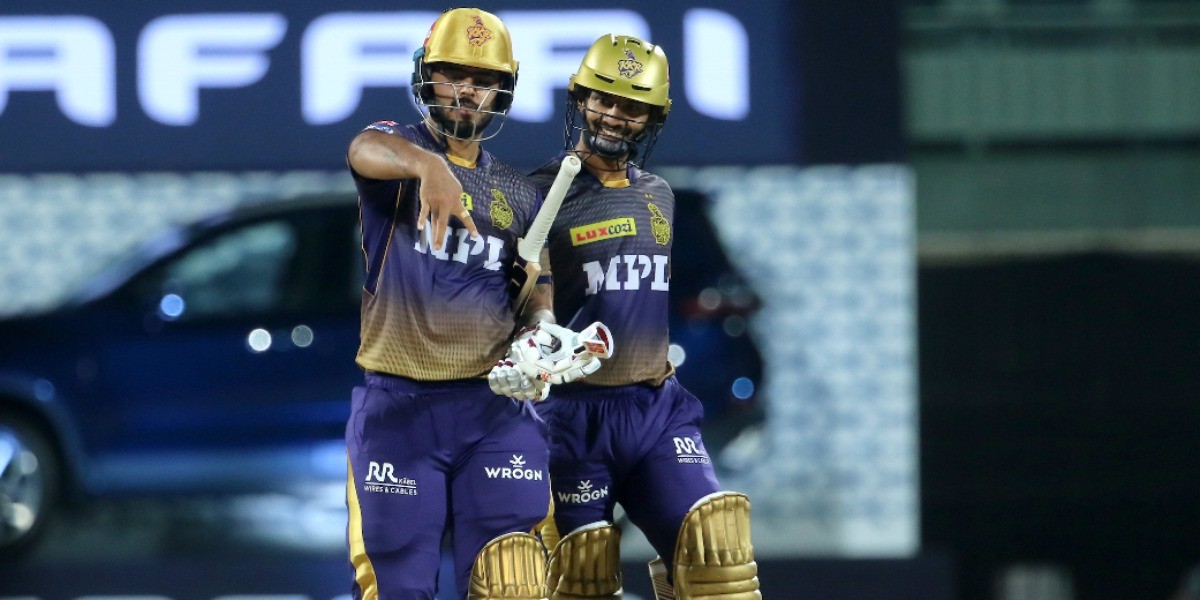 Early-bird performances in a tournament as big as the IPL tells a story of its own. It tells you everything you need to know about a team’s approach, intent and philosophy for the forthcoming matches. For the way Nitish Rana and Rahul Tripathi started and subsequently flourished, it would be fair to assume that this would be KKR’s template for the season.

Asked to bat first, KKR batsmen had to make sure that the late evening dew factor wouldn’t haunt their side too much later, for which playing cautious cricket upfront was not an option. Nitish Rana donned the aggressor role, taking on Sandeep Sharma’s wayward deliveries right from the word go while Shubman Gill played the second fiddle. However, once Rashid Khan’s uncanny back-of-the-hand googly took Gill’s furniture for a walk in his very first over, it was expected that the run-rate would take a hit but it was anything but that.

The duo of Nitish Rana and Rahul Tripathi ensured the Sunrisers bowlers didn’t have any respite in the middle-over phase. It helped that Tripathi was versatile enough to play on both sides of the wicket with equal ease as Warner looked bereft of ideas. Tripathi, during his 29-ball 53-run innings, played on both sides of the wicket, scoring 27 and 26 runs on off-side and leg-side respectively.

At 146/2, KKR were all set for a huge total on the board, especially with multiple power-hitters like Andre Russell, Eoin Morgan, and Dinesh Karthik to come in the next five overs. But return man Mohammed Nabi struck twice on consecutive deliveries to push them back in the game. All they needed was some strong flourish at the end, which duly came from former skipper Dinesh Karthik.

Finally made to bat as a finisher, easily his strongest suit in T20 cricket, Karthik added 22 runs from 9 balls he faced as the two-time champions set a target of 188 runs for the David Warner-led side. With dew settled in already, chasing was always going to be easier than intended but as MS Dhoni mentioned yesterday, dew in a 7:30 game was a mysterious entity.

KKR had a major problem of bowling in the powerplay last year, with Prasidh Krishna having a bowling average of 188.5 after bowling over 40 overs in this phase prior to this match. Things were not easy but then you don’t always remain a sitting duck. Fresh from international experience, Krishna banged the hard length to extract an outside edge off David Warner before Wriddhiman Saha was castled by Shakib Al Hasan’s first ball on his Indian Premier League return.

There was no Kane Williamson in the team either - someone who has the ability to navigate through a period of tranquility but Jonny Bairstow turned out to be the messiah for the 2016 Champions. With Manish Pandey on the other end, Bairstow picked up the pieces to resurrect the innings while landing some lusty blows on a regular basis. A six and two fours against Andre Russell was the statement of intent as KKR were letting the game drift away.

KKR hold their nerves to come out triumphs

However, the moment Bairstow holed out to Nitish Rana off a Cummins delivery, the dynamics of the game changed thick and fast. Runs were hard to come by, bowled pulled back their length, and with the ball stopping on the surface, Sunrisers Hyderabad found themselves in a situation of chasing down 69 runs in the last five overs.

The decision to send Vijay Shankar ahead of Abdul Samad didn’t make any sense to the naked eye, especially after Samad showed his hitting ability last year, but the game had already been set in motion. Hitting 22 runs against Cummins was a celebration of his talent but in the context of the game, it hardly mattered.

Andre Russell deserved the credit for constantly nibbling the ball on the wide outside off-stump area, cutting the aerial shots off the roster, and helped Kolkata Knight Riders to an impressive 10-run victory against Sunrisers Hyderabad - their 100th win in the Indian Premier League history - only the third team to do that after Mumbai Indians and Chennai Super Kings.