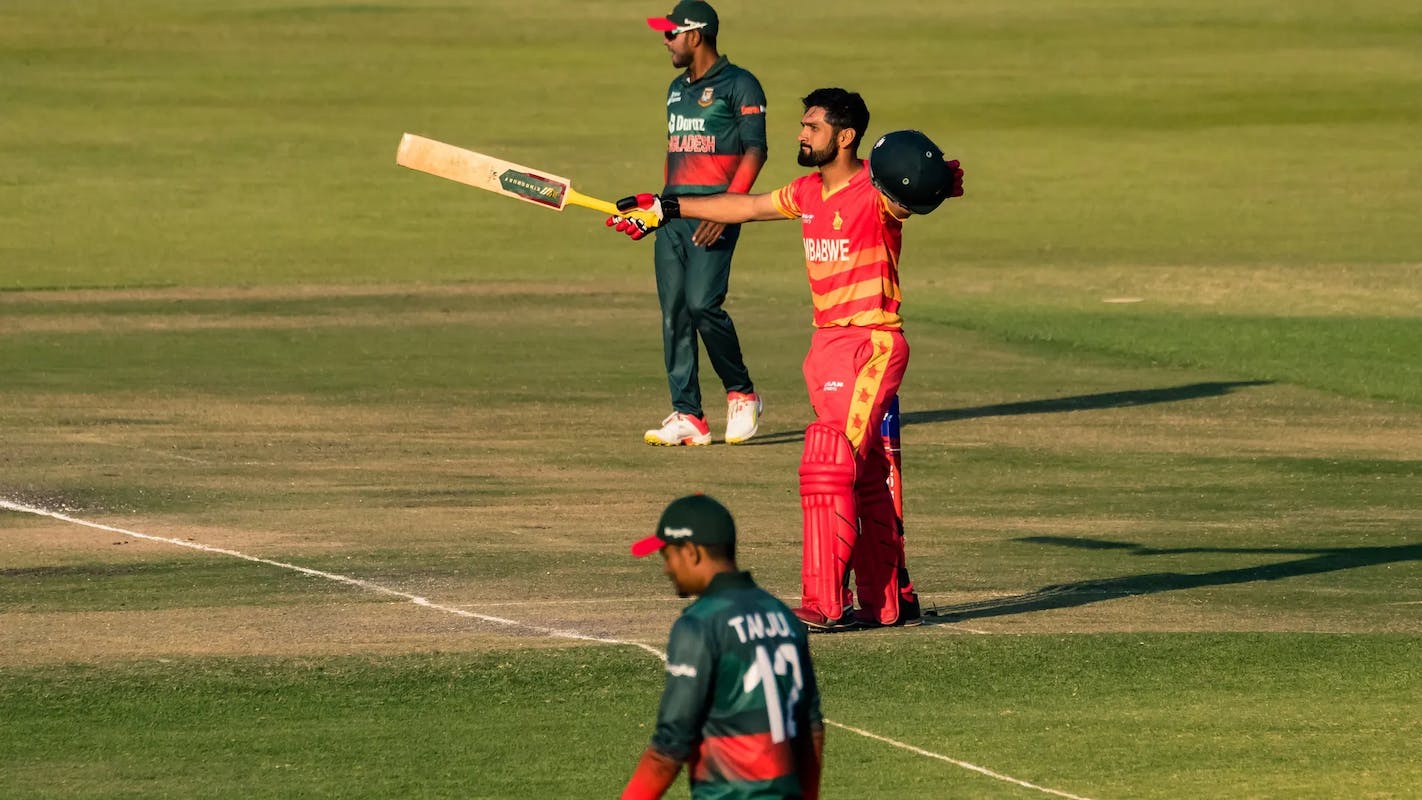 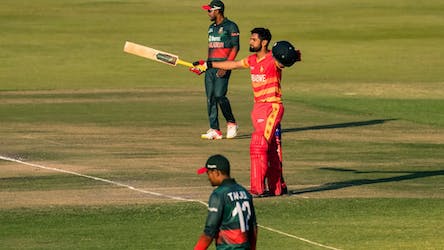 Zimbabwe picked up their first win against Bangladesh since May 2013

Sikandar Raza and Innocent Kaia struck centuries as Zimbabwe recovered from a disastrous start to stun Bangladesh by five wickets on Friday in the first match of a three one-day internationals series.

The home team lost openers Regis Chakabva and Tarisai Musakanda with just six runs on the scoreboard as they chased a formidable Bangladesh total of 303-2 that included four half centuries. A third Zimbabwe wicket fell after they lifted the score to 62 and then Raza and Kaia came together to put on 192 runs for the fourth wicket and set up a brilliant victory as Zimbabwe reached 307-5 with 10 balls to spare.

Raza was unbeaten on 135, including six sixes and eight fours, while Kaia struck two sixes and 11 fours in his 110 before being caught by Shoriful Islam at short fine leg. Bangladesh, seventh in the ODI rankings and eight places above Zimbabwe, took advantage of being put in to bat by building what appeared to be a winning score.

"All credit to Raza and Innocent. The way they kicked on after losing early wickets, couldn't ask for anything better. We were happy with the first 20 overs despite not getting any wickets, we felt they were 20-30 short. We spoke over lunch over how it was important for someone to bat long and get a hundred, couldn't ask for more after getting two hundreds. I think we can start better with the bat, whenever we are down it is about getting back up strongly," Zimbabwe skipper Regis Chakabava said in the post-match presentation.

Opener Liton Das led the way with an unbeaten 81 before being forced to retire hurt with a suspected hamstring injury. He faced 89 balls and scored one six and nine fours. Anamul Haque (73), captain Tamim Iqbal (62) and Mushfique Rahim (52) were the other scorers of half centuries for a team fresh from a 3-0 ODI hammering of the West Indies.

But while the visiting batsmen scored freely, their bowlers had no answers to Pakistan-born Raza and Kaia at Harare Sports Club.

The pair reached centuries within two balls of each other during the 39th over with Kaia scoring his maiden ton through a single while two runs from Raza gave him his fourth 100 in the 50-over format. Victory continued a remarkable transformation of Zimbabwe since former batting star Dave Houghton began a second stint as coach after 3-0 ODI and Twenty20 whitewashes by Afghanistan in June.

"I thought Innocent was brilliant out there, when we get a partnership like that it always helps. I think all the senior players are trying to be an example for the youngsters and building a culture. I thought we were behind the game at one point, but I told Innocent if we stay till the end then we will win the game," Raza reflected on the win.

They hosted a T20 World Cup qualifying tournament last month and won all five matches to clinch a place at the main event in Australia from October. Then, earlier this week, they edged Bangladesh by 10 runs in a thriller to snatch a 2-1 victory in a T20 series.