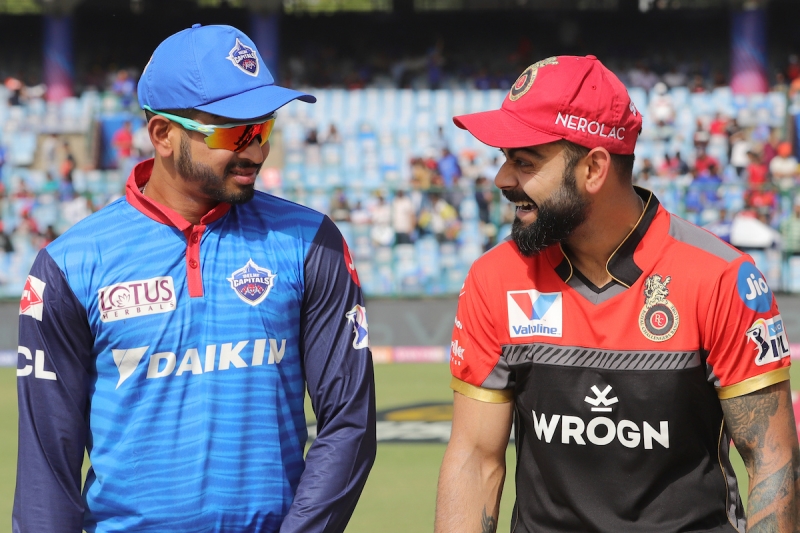 With three wins from four matches each so far, both teams have started IPL 2020 in fine style

Among the teams that have been a part of the Indian Premier League (IPL) across its 13 years of existence, only three are yet to win the title. They are Delhi Capitals (DC), Kings XI Punjab (KXIP) and Royal Challengers Bangalore (RCB). Two of these sides – DC and RCB – will meet at the Dubai International Cricket Stadium on Monday (October 5), but the circumstances are quite different this time around when compared to the bulk of their meetings in the past.

The Royal Challengers and the Capitals have begun IPL 2020 splendidly, with three wins from four matches each. But both sides will know, more than most, that there is no room for complacency and will be keen to build on a solid start to the season.

“You can't win anything with kids,” remarked former footballer Alan Hansen at the start of the 1995/96 Premier League. This was in reference to Manchester United who had a lot of young players in their squad and had just lost their first game of the season. The Manchester-based club proved Hansen wrong as they went on to win not only the league but the FA Cup as well.

A deeper look at Manchester United’s squad that season and you will realise that although there were a lot of inexperienced players, there were a few accomplished stars as well. Years later, Hansen did acknowledge that he had got it wrong and that there was a good mix of youth and experience in that Red Devils team.

"Even after that year, when he brought those five or six sensational kids through, Sir Alex (Ferguson) always went for experience. And don’t forget that the spine of that team included Peter Schmeichel, Steve Bruce, Gary Pallister and Eric Cantona. That team was a fantastic example of how to build a formidable spine and fill in everything else around it. The kids were great, but so were the goalkeeper, two centre-backs and the centre forward," Hansen said in 2013.

Coming back to the IPL, two years ago, people would’ve looked at DC and commented that they were too youthful a side. The team management also perhaps felt that way. They have since used the transfer window smartly to add balance to their squad and the results are showing. They now possess a superb group of young players like Rishabh Pant, Prithvi Shaw, Shimron Hetmyer etc. who are complemented well by experience in the form of Shikhar Dhawan, Ravichandran Ashwin among others.

This youth plus experience formula is well exhibited by their opening partnership as well – while Dhawan has been around for a long time and has had a noteworthy international career, Shaw at the age of 20 already looks destined for great things.

Interestingly, RCB have also played a similar partnership at the top of the order, pairing Australia’s limited-overs captain Aaron Finch with the immensely talented Devdutt Padikkal.

Padikkal has got off to quite the start in the IPL, scoring three half-centuries in his first four matches. He has been quick off the mark, scoring at a strike rate of 149.2 during the Powerplay which is among the best this season so far. For those who follow Indian domestic cricket, this shouldn’t be a surprise as he had a strike rate of 156.2 during the Powerplay in the 2019 Syed Mushtaq Ali Trophy, a tournament in which he was the top run-scorer. 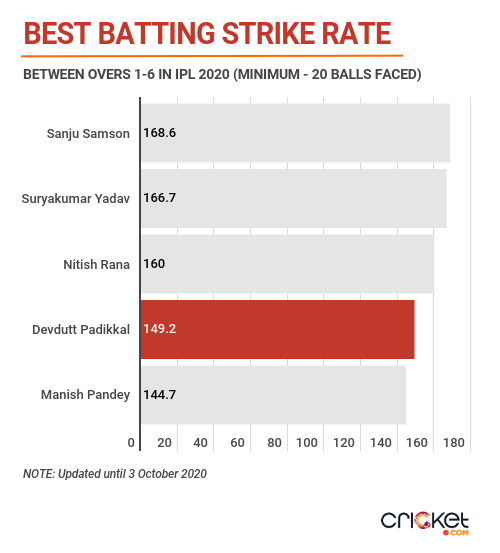 On the other hand, Shaw has notched up two half-centuries this season in four innings – that’s as many as he had managed in the 2018 and ’19 seasons respectively. He has already represented India in Tests and ODIs, and if he can build on this start here and have a 400+ run season, he could soon be in consideration for selection for the T20I team as well.

While Padikkal and Shaw will look to get their respective teams off to good starts, there will be a lot of class on show when it comes to the middle-order across both teams as well. While RCB have two of the greatest batsmen to play the game in Virat Kohli and AB de Villiers, DC have Shreyas Iyer and Rishbah Pant who are yet to reach their peaks but have been the lynchpin of their franchise’s batting in recent years.

Kohli’s unbeaten half-century against Rajasthan Royals would have come as a huge relief for RCB and the player himself. The Indian skipper had failed to hit a fifty in his previous nine T20 innings this year and looked out of sorts at the beginning of this IPL, especially against Mumbai Indians. He is now up against a team against whom he has enjoyed playing in the past – 825 runs at an average of 63.5 and a strike rate 138.9.

Meanwhile, Iyer’s battle against Yuzvendra Chahal could be one of the most significant contests in this game. Chahal has been sensational thus far this season as his two Player of the Match awards show. But the RCB legspinner doesn’t have the best of records against Iyer. The Delhi captain hasn’t been dismissed yet and has a strike rate of 161.5 against Chahal in T20 cricket. If DC are to negate the threat of Chahal, you feel Iyer might have a huge role to play. 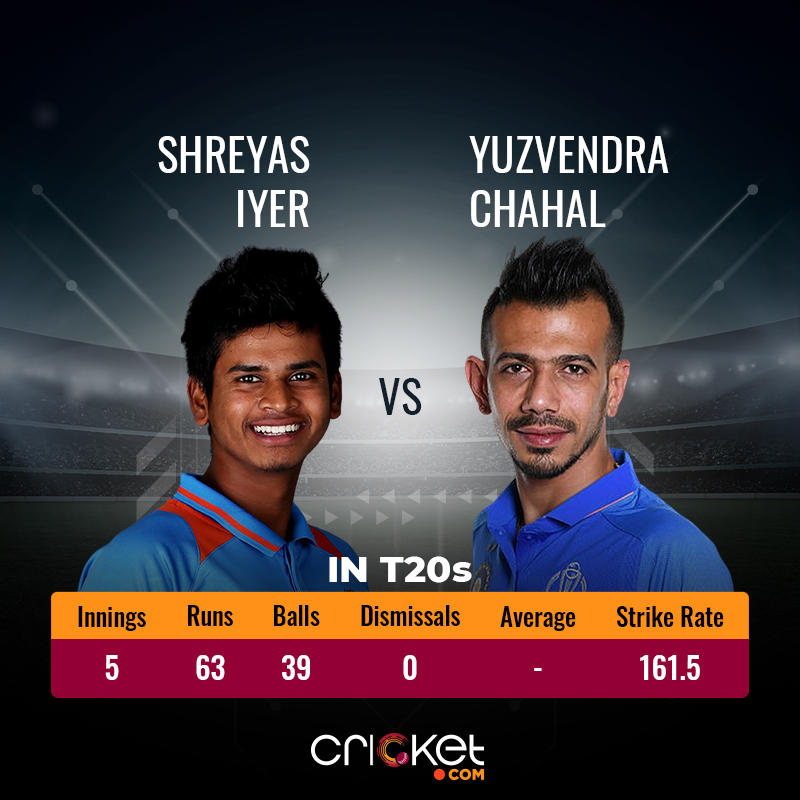 Shimron Hetmyer and Marcus Stoinis, both of whom were released by RCB before this season, will be keen to prove a point against their former team as well.

Kagiso Rabada has been the outstanding bowler in the IPL over the last couple of seasons, having taken 33 wickets in 16 innings at a strike rate of 11.5 in the league since 2019. That’s just over two wickets per match which is truly remarkable. How the Royal Challengers would have loved to have someone like Rabada in their side, considering bowling has so often being their shortcoming.

In the game against the Royals, RCB conceded 55 runs in their last five overs. While that was an improvement from their efforts against Kings XI Punjab and Mumbai Indians, they will know that they might have to do even better if they have to keep winning.

On one side, you have a team built with a good mixture of youth and experience. On the other, in a team of batting superstars, you have a 20-year-old leading the scoring charts. RCB and DC haven’t enjoyed much success in the past, but are things about to change for the better for both? Only time will tell, but for a start, four wins from five will be an incredible initiation for either side.