RCB gets off the mark with a victory over KXIP 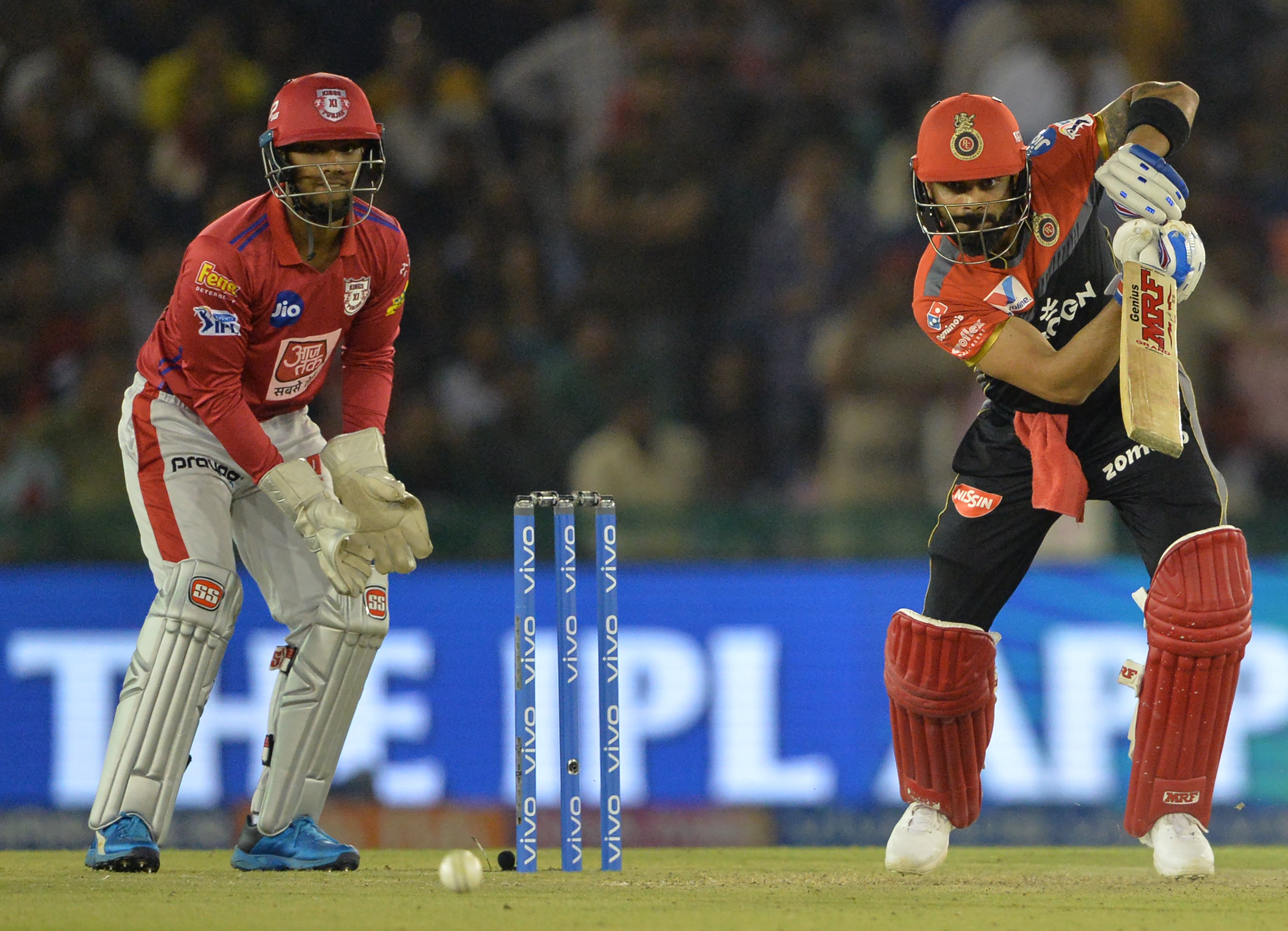 RCB gets off the mark with a victory over KXIP

It was the Virat Kohli-AB de Villiers show that handed Royal Challengers Bangalore their first victory in the Indian Premier League this season.

Skipper Kohli led the chase of 174 with a measured 67 off 53 balls, while AB finished unbeaten on 59 that came off 38 balls. RCB have now got two points but are firmly rooted to bottom of the table and Kings XI have eight points.

The Universe Boss – Chris Gayle – was on song once again but this time with a sedate, by his standards, 99 off 64 balls.

Carrying his bat through the innings, Gayle was instrumental as Kings XI Punjab posted 173 for four on a green top at Mohali.

He had a slice of luck when on nought as Umesh Yadav had him trapped in front. But Kohli decided against a review and that was probably just the thrust Gayle needed.

After getting his eye in, the Jamaican smashed the ball to all parts of the park and was particularly severe on Mohammed Siraj, getting 24 runs off his first over.

Yuzvendra Chahal and Moeen Ali did well in the middle phase to curb the run-rate and in the process, accounted for KL Rahul, Mayank Agarwal and Sam Curran. None of what was happening at the other end bothered Gayle as he brought up his half century in the ninth over.

Thereafter, a standout show from Navdeep Saini and a reasonable couple of overs from Siraj ensured Gayle got the remainder of his 49 runs from 36 balls.

With dew set to kick in later, RCB would have been happy with the target and went about it in business-like fashion.

Kohli has been under the pump for his captaincy but it was Kohli the batsman that took centre-stage.

After a brisk start, Kohli joined hands with AB de Villiers with both rotating strike well and getting the odd boundary, not letting the required rate get out of hand.

With 46 runs to get, Kohli hammered Mohammed Shami to cow corner but didn’t get the elevation he would have liked and held out to Murugan Ashwin.

But de Villiers was unrelenting as RCB finally opened their account.

At the end of the Powerplay with Gayle and Rahul going well, Kings XI’s win percentage was 56, their highest during the game. For RCB, there chances were 49% when Kohli was dismissed but gradually rose to 80% after the penultimate over from Shami. 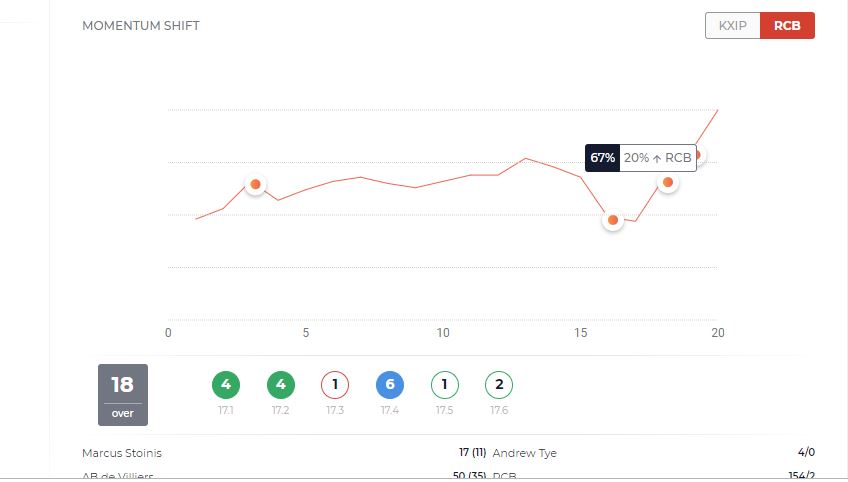 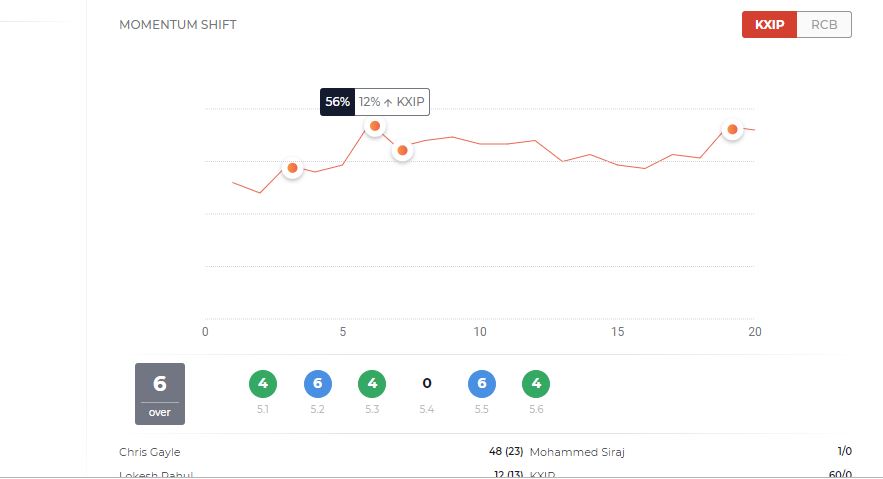