Reaching semis will be icing on the cake for Zimbabwe: Craig Ervine 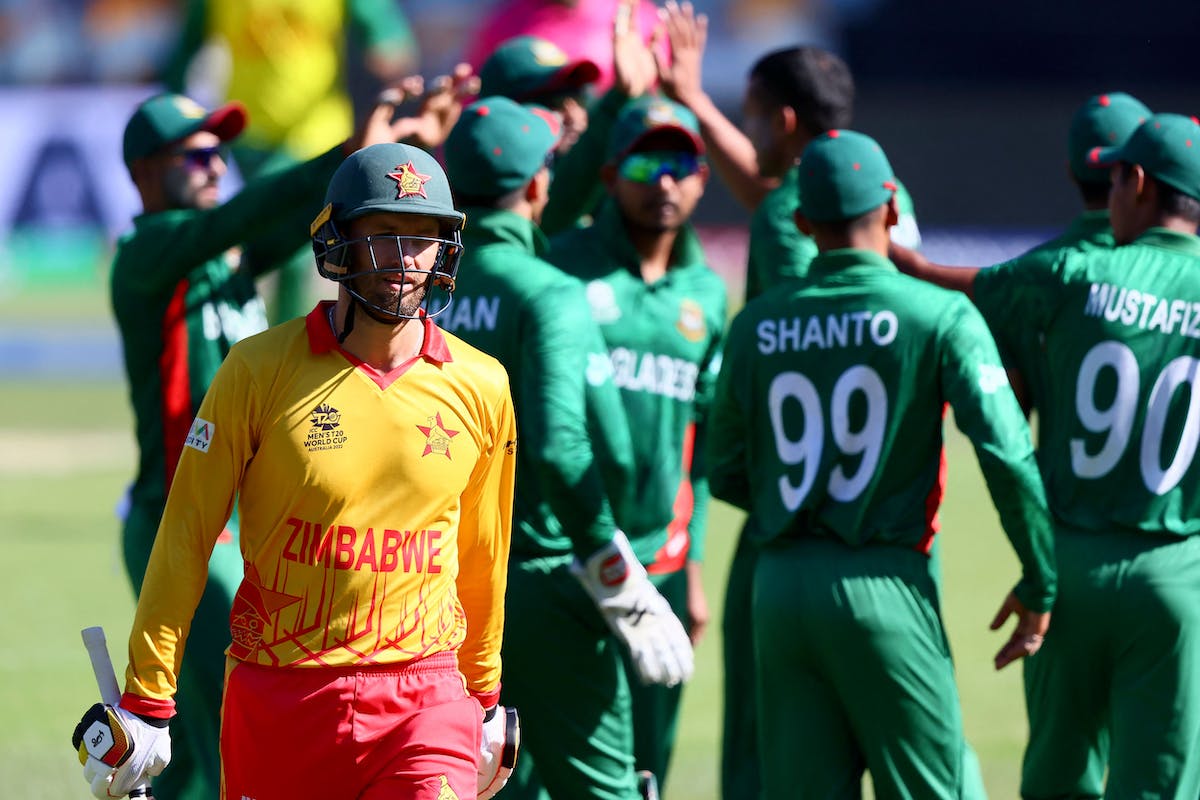 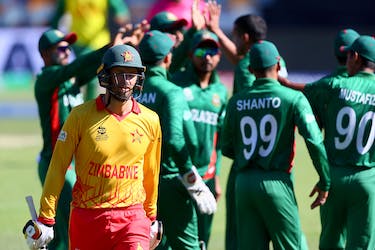 Reaching semis will be icing on the cake for Zimbabwe: Craig Ervine

This is Zimbabwe's first time in the Super 12 and the skipper says they must take that momentum on, no matter what happens next in Australia

Zimbabwe skipper Craig Ervine said on Tuesday (November 1) that a shock semi-final spot at the T20 World Cup would be the "icing on the cake".

Zimbabwe play the Netherlands in Adelaide on Wednesday in their penultimate Super 12 game and must win in their pursuit of a place in the last four. The African team, ranked 11th in the world, came through the first round in Australia and then saw their first match in Group 2 washed out against South Africa.

They then stunned Pakistan, before running Bangladesh close in a loss on Sunday (October 30). South Africa top Group 2 with five points, one ahead of India and Bangladesh. Zimbabwe are fourth, with only the top two going into the semi-finals.

"So many positives that the guys will take from this tournament regardless of the next two results," Ervine told reporters.

"But the real highlight would be to make the semis, that would really put the icing on the cake. Guys are still positive that we will get there."

This is Zimbabwe's first time in the Super 12 and Ervine said they must take that momentum on, no matter what happens next in Australia. "I think the last few months, Zimbabwe cricket has been going from strength to strength. We had some really good results," said Ervine.

"It's not just this World Cup, it's something that we need to try and do consistently going forward. You can always have a really good World Cup and after that things drop back down again."

He added: "That's going to be the challenge for us, to keep this momentum up and keep these performances coming through."

The Netherlands have lost all their three matches in the Super 12, having also come through the first round. Fast bowler Logan van Beek said the experience of facing top teams including India and stars such as Virat Kohli were a high point for the minnows.

India comfortably beat the Dutch by 56 runs in Sydney. "The Indian match was special and something that everyone has taken a lot from... to face some of these guys that we see on TV quite a lot," said Van Beek.