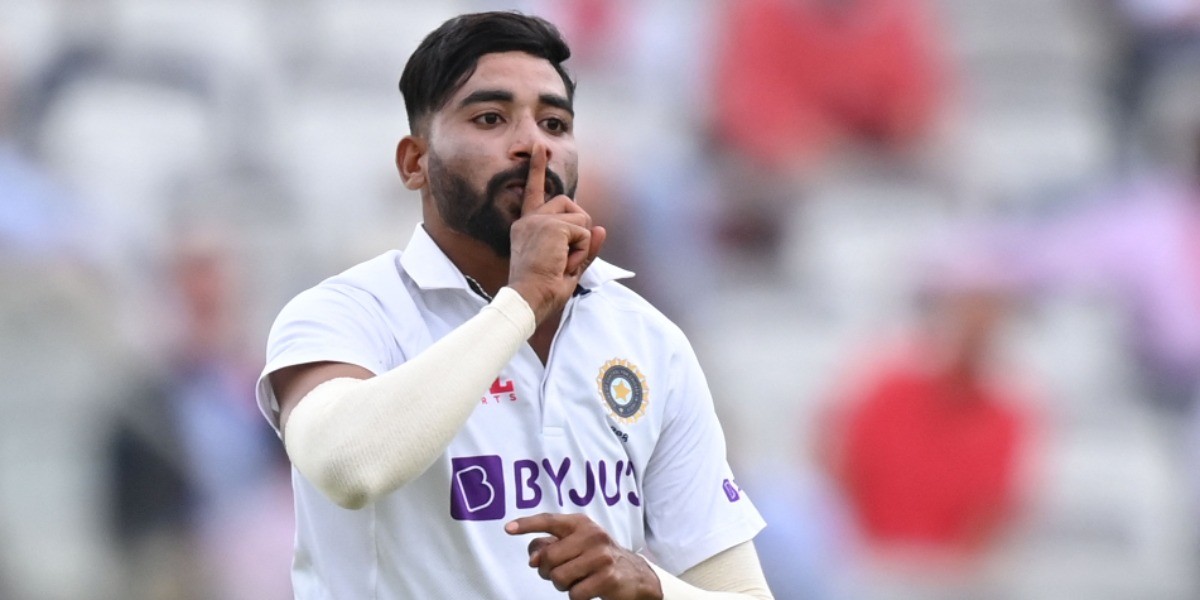 The 72-year-old reckoned that Siraj, through his body language, intimidated the English batsmen

Sunil Gavaskar has lavished praise on Mohammed Siraj, who he felt 'looked like picking a wicket every ball’ during England’s first innings on Day 3. Siraj was the pick of the bowlers on a tough day for India, with the 27-year-old finishing with figures of 4/94 on his Lord’s debut, coming agonizingly close to putting his name on the honours board.

The Hyderabad seamer struck twice late on Day 2 and ran through England’s top-order, and also made things happen on Day 3, notably putting an end to the 111-run stand between Joe Root and Jonny Bairstow via some lion-hearted bowling.

Gavaskar reckoned that Siraj was relentless, and intimidated the English batsmen through his body language.

"The thing with batsmen is that, while they are facing fast bowlers, they keenly follow the body language of the bowlers. When they feel that the bowlers are a little tired, the batsman feels he can score runs maybe after a couple of balls. But with Siraj, it did not happen. Till the end, he looked like picking a wicket every ball. And with that, he did allow England batsmen to rest," Gavaskar said on the Sony Sports Network.

Former Indian seamer Ashish Nehra, meanwhile, echoed the same sentiment. Nehra observed that there was no ‘shortage of energy’ in Siraj’s showing on Saturday, and claimed that the 27-year-old was in great rhythm throughout the day.

"It was brilliant bowling. He put his all into it. As a bowler, he did everything – picked up wickets and bowled long spells. From the first ball till the last, there is no shortage of energy in his run-up. With bowlers, you can figure when someone is in rhythm and that produces results. Right now, he has the figures and the performance,” Nehra said.

Siraj (4/94) finished as India’s highest wicket-taker in the first innings.