‘Resilient’ South Africa will bounce back at the Wanderers, reckons JP Duminy 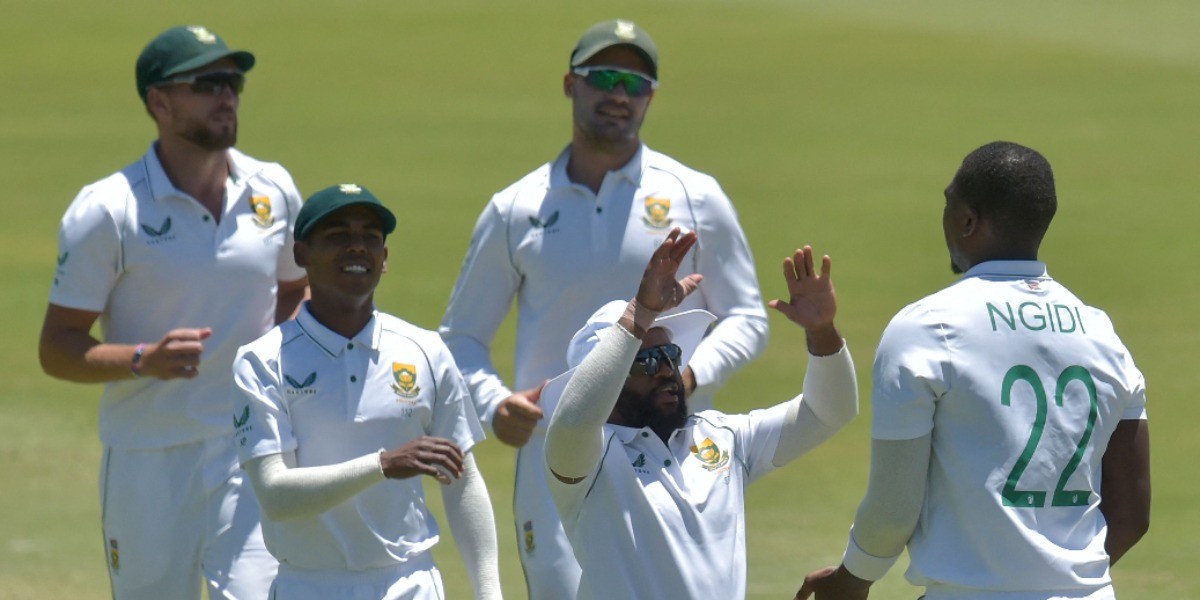 ‘Resilient’ South Africa will bounce back at the Wanderers, reckons JP Duminy

After going down in the first Test, the former South Africa batter has backed his side to put up an improved show in Johannesburg

South Africa went down by 113 runs in the first Test against India at Centurion, but former batter JP Duminy has backed the Proteas to bounce back and level the series. Duminy reckons that South Africa have shown resilience under such circumstances previously and sees no reason why they cannot do it again.

He further added that bringing in Duanne Olivier in place of Wiaan Mulder would put some pressure on the top six, which could be good in the long run.

“Dean Elgar mentioned after the Centurion Test that the most disappointing part was the first innings for South Africa. If you go along the route of dropping the likes of Wiaan Mulder for a Duanne Olivier it puts pressure on the top six to put up really big performances. I don't think that's the worst thing - in a way that they can accept the responsibility,” Duminy said on Cricket.com’s show ‘The Final Frontier.’

“One thing about South African cricket has been the resilience coming back from a challenge. This is certainly one of those opportunities. The fact that Olivier has had such success particularly at the Wanderers for the Lions over the last few weeks. That will become a consideration.

“I am very much the one for sticking with the same XI. From a South Africa context, we haven't played Test cricket for six months. So, there haven't been many opportunities. The potential that lies with Mulder is there. Are they going to give him another opportunity? We have to wait and see,” Duminy added.

Speaking of the Indian team, Duminy lauded India’s pacers for the way they have gone about their business in the recent past, reiterating that there is no real need to change the XI after the win in the first Test.

“I would like to see them go with a similar XI and the reason why I say that, (Shardul) Thakur and (Ravichandran) Ashwin are your all-rounders in the team. It just lengthens that batting line-up substantially,” Duminy, who has scored 2,103 runs and picked up 42 wickets in Tests, said.

“Yes, there has been what we've come to see from Ashwin with bat in hand in recent times, but he does bring in a bit of confidence in that middle to lower-order particularly on surfaces like this where there is a potential of cluster of wickets with a bit of lateral movement from time to time. So, it's important to have that right balance.

“But also, you look at that three-pronged seam attack that he been successful for India and you don't easily tag X-Factors to all of them very easily. But they have definitely shown that. When you have those three out-and-out pacers that have shown the x-factor, you're potentially going on that greedy route if you're looking for another one. They have produced the goods. Ashwin brings a good balance and Thakur is there a little bit of skill as well. So, I would not tinker with it too much.”

Like many, Duminy too was shocked by Quinton de Kock’s sudden retirement from Tests, but he says that it produces an opportunity for someone like Kyle Verreynne to cement his place in the team.

Speaking of de Kock, Duminy said, “I was really shocked to hear he had called it in Test cricket at the age of 29,” Duminy said of his good friend and former teammate.

“He was certainly somebody who had the ability to play 100-plus Test matches for South Africa. You talk about x-factors, that's something that comes to mind when you think of de Kock. The way he potentially had in changing the phase of the game irrespective of formats. You think about touring teams, you think about South Africa going offshore - people feared players like de Kock,” he added.

Duminy however believes Verreynne has the potential to be successful at the highest level.

“Obvious sort of replacement will be Kyle Verreynne. I'm excited by what I see with him, Played with him at Cape Cobras. He's got great potential, good with the gloves and he's ready to take that concrete step up to Test cricket with him getting the opportunity now. An exciting time for him too” he further explained.

Given the conditions at the Wanderers, Duminy believes that the toss is going to play a crucial role.

“The toss becomes a crucial talking point because you have the potential of extreme heat and thundershowers that comes this time of year. Cracks can potentially surface in the Highveld. So, winning the toss and potentially batting first becomes crucial components in the Test match. It will be interesting to see how it unfolds,” Duminy explains.

The last time India played a Test at the Wanderers was in 2018, which they won by 63 runs. A win here again will see them register their first-ever series win on South African soil.