Ricky Ponting is from another planet: Rohit tells Ashwin 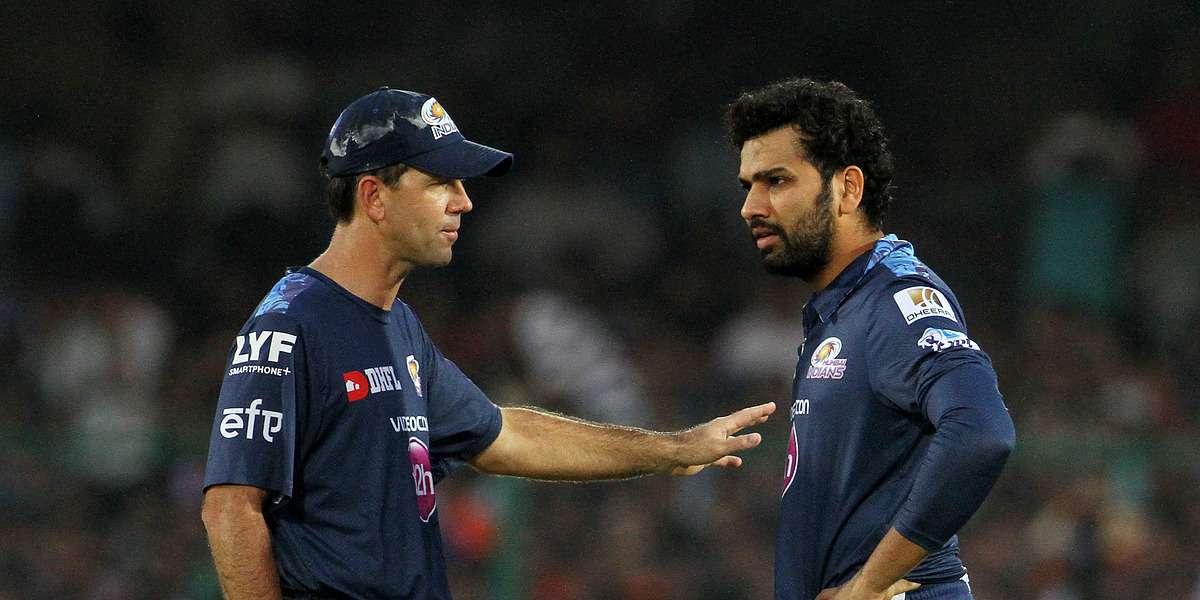 Ricky Ponting is from another planet: Rohit tells Ashwin

India's limited-overs vice-captain Rohit Sharma was effusive in his praise of Ricky Ponting calling him "a guy from a different planet". Rohit, who was handed over the Mumbai captaincy midway in 2013 after Ponting stepped down said the former Australian captain's judgement of a player and how to bring the best out of him sets him apart.

The 33-year-old also spoke in detail about how Ponting helped him in every step of his initial captaincy days in an Instagram live chat with R Ashwin.

"Ponting was player-cum-coach during the 2013 season. He was always there to help me, he always stood in front if there were any issues," Rohit told Ashwin.

"Over the years, 2014, 2015 and 2016 - three years we worked with him and I just feel he is a guy from a different planet when it comes to motivating players, understanding what that player has in him and bring the best out of that player, he is the best in that.

"The judgement of all these characters, he is so good at that. He has won two World Cups, so he knows how to win big Championships."

Ponting was bought in the 2013 auctions by Mumbai and was made captain for that season. Rohit, who has been part of the Mumbai franchise since 2011 explained how Ponting's energy and passion for the game was something that was endearing.

Rohit also recalled how Ponting organised a team bonding exercise in his early days as captain.

"Ponting was the first one to arrive in India for the 2013 season much before any other domestic player also," Rohit said. "You can imagine his passion, you can imagine his energy. He wanted to understand each and everybody.

"In a way, it made a very positive impact on everybody. Imagine Ponting was in my group and there were two youngsters from domestic cricket. Ponting telling them, 'I have watched your video, you look solid, you can go way up.' Imagine what that youngster will feel."

Rohit, who has led Mumbai to title victories in 2013, 2015, 2017 and 2019 and is the most successful captain in the history of the IPL also elaborated on how he goes about his captaincy duties.

"Firstly, I try and understand what that individual is all about, if given an opportunity whether he will be able to take the pressure and if not how can I help him to take that pressure," Rohit quipped.

"It starts with all the senior players in the squad and obviously starts with the captain first. I think for me that became more important rather than my batting and other things.

"I have to manage to get the best out of my players and then I will think about what to do with the bat. That's how I move forward in all my seasons."

The Indian opener also opined that the senior players will take care of their performances but it is the three to four youngsters in the team who need to nurtured. Rohit further said that it will be these three to four players who will ultimately win the team the title.

"The senior players will take care of their job. They know what to do and how to handle the pressure. But when it comes to the younger guys, who are probably playing the IPL for the first time, they will not," Rohit reiterated.

"And these are the guys you want to be in the best form for you to win the championship. The senior six to seven guys will take care of the performances but it is the other three-four guys who are new in the team, there will be a batsman, there will be a bowler, so how you manage those guys is very crucial."