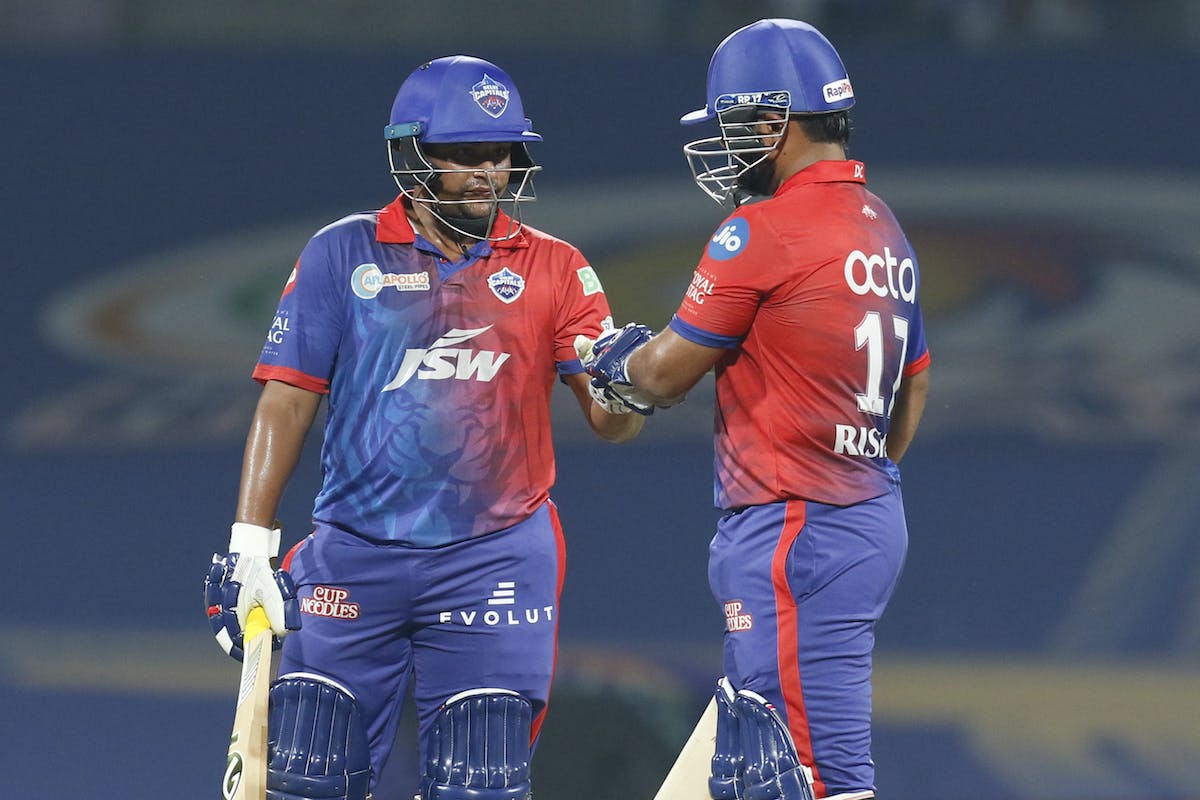 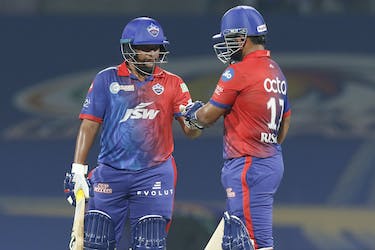 Delhi Capitals (DC) captain Rishabh Pant says his team needs to quickly sort out the "pattern" of losing wickets in a bunch and play fewer dot balls in the middle overs to turn things around after suffering successive defeats in the IPL.

Capitals opened their IPL season with a win over formidable Mumbai Indians but slumped to two consecutive defeats to Gujarat Titans and Lucknow Super Giants.

"As a batting unit, we have to find ways to improve ourselves. In the last 2-3 matches, we are seeing a pattern, we need to work not to lose wickets in a bunch and play fewer dot balls in the middle overs," Pant said.

"If we work on these going forward in the tournament we can do well," he said at the post-match conference after his side lost to LSG by six wickets here on Thursday.

"(Mitchell) Marsh was (to be) in the first playing eleven but due to international commitment and he had an injury (during training in Pakistan ahead of Australia's white-ball series there) and he could not come. Obviously, we are missing him."

Delhi Capitals failed to capitalise after opener Prithvi Shaw's sizzling knock of 61 off 31 balls, losing three wickets in three overs for just seven runs, to eventually end their innings at 149 for 3. "Just like in the first two matches we lost two-three wickets together, in succession in two-three overs and that had put pressure.

"But I and Sarfaraz tried to build a partnership and in the last match, Avesh (Khan) and (Jason) Holder bowled really good two-three overs in the end. So we could not get away with 10 extra runs."

Pant was criticised for giving spinner Axar Patel just two overs during the LSG run chase, but the DC captain defended the move. "Axar was not given to bowl because there were two left-handed batters playing and in between Quinton de Kock was set batsman who batted till (towards) the last.

"When de Kock was out (in the 16th over) by then it was very late to give the ball to Axar," said Pant.

Spinner Kuldeep Yadav was brought in to complete the 16th over during LSG's run chase in place of South African pacer Anrich Nortje, who had to be taken off the attack after bowling two waist-high no balls.

Asked about the rationale of using Kuldeep at the time, Pant said, "Earlier, we had a discussion whether to bowl Kuldeep later or finish it off (his quota). We thought since dew was already there, the spinners may not be that effective later in the innings.

"So, we thought instead of keeping Kuldeep for last we thought we would keep fast bowlers for the last. That is why we went with Kuldeep. Kuldeep has been working hard for one year, he has been out with injury. He is getting a chance after a long time and we are trying to back him as much as possible.

"We are giving him confidence so that he can continue with his own bowling style. He is trying to capitalise on that and I think he is bowling well."

Pant said Rovman Powell was sent at number 3 "to get a good start during powerplay."

"It was a thought process that old ball would go low and spin, so we thought if we send him up, he might do something good for the team. That did not pay off."

Pant remained not out on 39 off 36 balls with the help of three fours and two sixes. Asked if he found it difficult to clear the ropes, Pant said, "Someday bowlers are going to have a good day and that was one of those good days.

"In the first innings, the ball was stopping more because there was no dew and so they (LSG) could capitalise on that and that was why we were 10 runs short in the end."