Rishabh Pant: This is how he plays

Rishabh Pant: This is how he plays

Pant is too good a player to be throwing his wicket away after getting a start.

Rishabh Pant walked out to bat in the cauldron of a World Cup semi-final having seen India’s twin batting towers bite the dust. Rohit Sharma and Virat Kohli had provided the runs as well as solidity to India’s 2019 World Cup campaign. Now, in a must win game, the perennial underdogs New Zealand had cut the opposition wide open.

For starters the bat came straight; it was heartening to watch Pant negotiate the guile of Henry and Boult. The wickets continued to tumble, though, as KL Rahul and Dinesh Karthik also made their way back to the dressing room.

One wondered how Pant would react to the scoreboard reading 4 for 24, but what one got to see was heartwarming. It seemed the left hander was finally applying himself and playing as per the situation. As and when the opportunity afforded, Pant was swift to cash.

And then that dreaded passage set in.

Mitchell Santner’s first over had ended in a maiden, with Pandya on. His next over saw Pant playing the first four balls for no runs -- so 10 deliveries had been bowled by Santner for no runs.

With the scoreboard reading 4/71 in 22.4 overs, Pant made up his mind that the time had come. It was either Santner or him. The fact that India still needed more than 150 runs in a shade under 27 overs probably went out of his mind – all he knew was, a spinner was dominating, and needed to be taught a lesson. He swung, he connected, and we know what happened next.

“This is how he plays, at times it will be spectacular to watch, at times he will perish.”

These words have often been used by former international players who have seen Rishabh Pant grow up into an international. Would they have again uttered this line after that dismissal in the semi-final of a World Cup? Maybe.

Around 15 years ago, a long haired, well-built small-town boy was making waves in the domestic circuit.

His batting revolved around a simple philosophy of see the ball, hit the ball. Mahendra Singh Dhoni could belt the ball a mile, there wasn’t any stadium that was big enough to contain the man’s range of aerial hitting.

Three years into his career, Mahindra Singh Dhoni led India to a hard-fought win over Sri Lanka in the CB series at the Adelaide Oval. It turned out to be a tricky chase. Dhoni would never look back from there on, when it came to taking his team over the line in difficult situations.

Many of us might not remember that half century of his.

That innings did not have a single boundary nor a six, wow!! What had happened to Dhoni???

It’s called adapting to the challenges international cricket throws at you.

Eight months earlier in July 2007, he was involved in another rearguard action, this time at Lord’s. Playing in whites, Dhoni buckled in as India looked to save the Test. The man known for hitting sixes was backing his defensive technique against a quality English attack in trying conditions.

India did escape at Lord’s, and went on to complete a famous series win in England for the first time in 21 years.

We also had another gentleman who swore by fours and sixes. An opener who loved hitting boundaries.

And yet, for the record, Virender Sehwag did end up playing a session of Test cricket without scoring a single boundary. It happened at the Adelaide Oval in January 2008.

Short square boundaries, a hard leather ball, fast bowlers steaming in and for two hours Sehwag restrains himself from going hard at it – and that helped India save that Test.

Is that how Sehwag played?

International cricket for all its talent, charisma and charm, probably rewards those the most who decide not to give in, come what may.

Even the superstars would agree that there have been days when the going got ugly and miserable, and then when one came out of it undefeated, it was mightily satisfying.

International cricket will consistently challenge you to discover something new within oneself. For a modern-day master like Virat Kohli, this World Cup was all about rotation of strike and holding fort in those middle overs. Kohli accepted the altered role, made significant contributions and then was gracious enough to accept that yes, it has been a departure from the way he is used to batting in white ball cricket.

So will Pant continue to bat the way he bats? Of course! No one can nor should stop him from doing so, but when to play what is what this amazing talent needs to fine tune. For all one knows, the head needs to take over from the heart and keep reminding him that he is too good a player to throw it away in his 20s, 30s or 40s.

And please, let’s throw that line – “This is how he plays” -- in the garbage can. 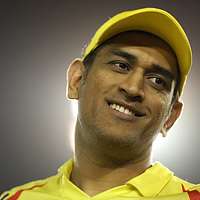 OPINION
Can the IPL turn around Dhoni, Pant and Bumrah's fortunes?
The 2020 edition of the IPL is going to be a huge one for at least three big Indian players