Rishabh Pant’s mentality sets him apart from everyone else : Jos Buttler 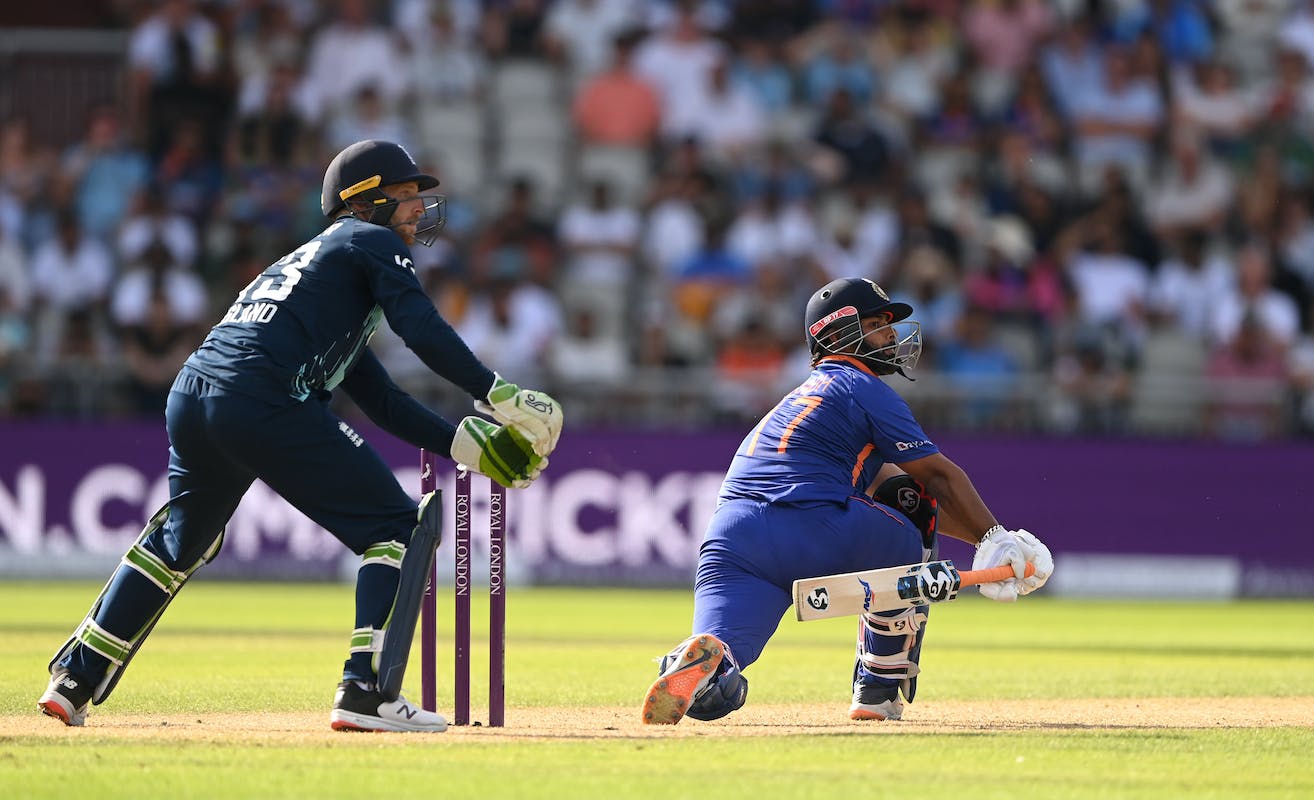 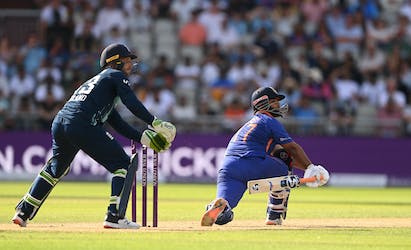 Rishabh Pant’s mentality sets him apart from everyone else : Jos Buttler

Buttler rue the missed opportunity to dismiss Pant, when Buttler failed to collect a ball behind the stumps with Pant being way outside of his crease

Despite being reduced to 38/3 and then 72/4, India found a way back in the game thanks to the partnership between Hardik Pandya and Rishabh Pant. The duo nullified English impact in the game in some fashion to leave the home fans disappointed and guided India to their second series win on the tour.

Pant’s innings was especially crucial as the Indian wicket-keeper, who scored his first ODI century, kept his composure intact after Pandya’s dismissal to guide India home. The eventual result got England and their skipper Jos Buttler rue the missed opportunity to dismiss Pant, when Buttler failed to collect a ball behind the stumps with Pant being way outside of his crease.

"Give good players a second chance, and there's a good chance they'll hurt you," Buttler said in the post-match presentation.

"Rishabh Pant is a fearless player, someone who is great to watch in all formats. It's his mentality that sets him apart. He looks like he gets great backing. If we took those chances, we would probably have had a good hold in the game with a long tail for India. But with the score we put up, we were going to need to take all our chances to have a chance of winning the game.”

Buttler finds no such difficulties to be the leader, even though England have lost both the series under him as the full-time captain. With England set to take on South Africa just after a day break, on Tuesday, Buttler admitted that it would be nice to take some time to reflect on his captaincy and analyze where he could have been better.

"At times, I've found it absolutely fine, to be honest. I missed a chance today, but I don't think that's got anything to do with captaincy, so I'm not worrying too much about that. I feel good, I've been in some of the best form of my life, and I still feel in great touch. Form isn't just the score.

"I'm learning lots, I found the first week busy but I feel more comfortable now," Buttler added. "There have been lots of games in a short space of time, which has been a challenge, so it'll be nice to have a day to reflect. I feel I'm an experienced cricketer but a young captain, with an opportunity to grow and learn about the role. It will take a bit of time, I need to walk before I can run."