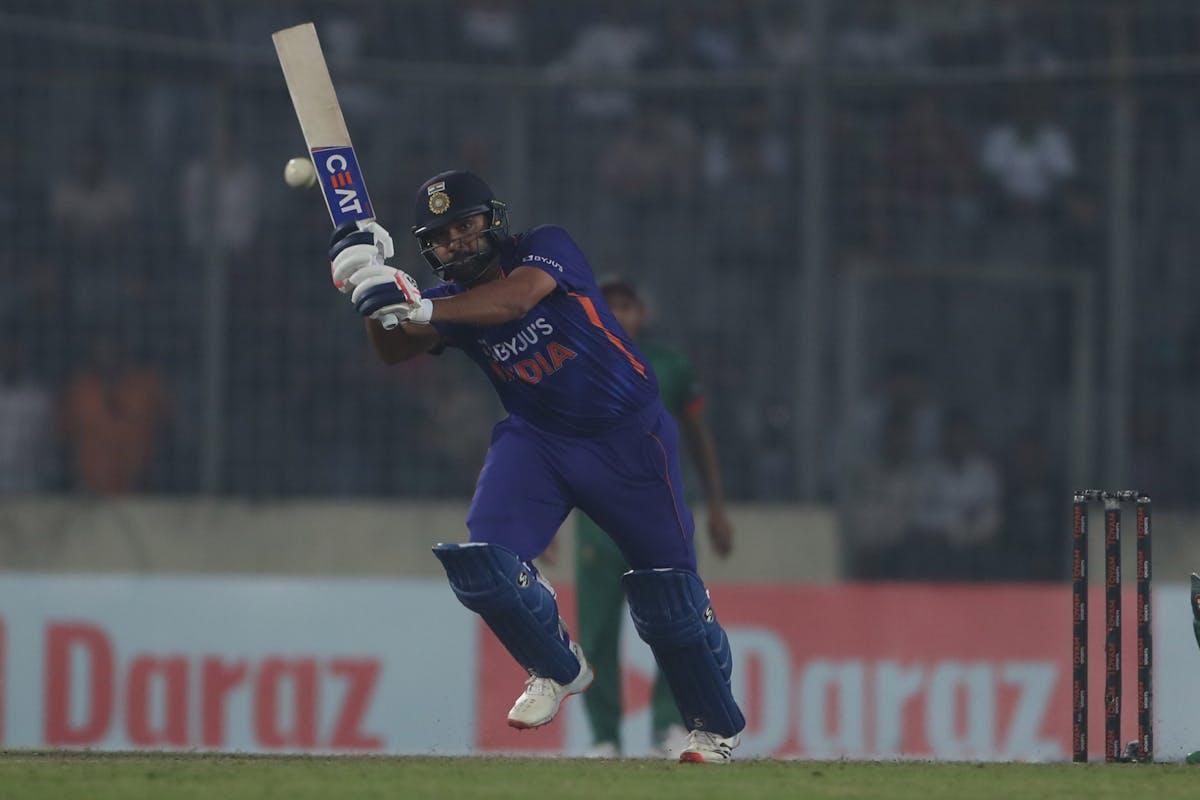 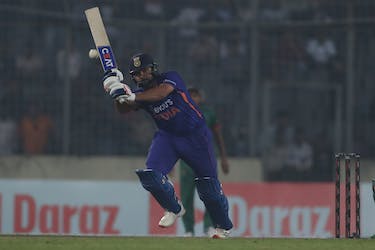 India head coach Rahul Dravid confirmed that captain Rohit Sharma alongside pacer duo Deepak Chahar and Kuldeep Sen are out contention to play in the final ODI due to injuries.

During Wednesday's second ODI at the Shere Bangla Stadium in Dhaka, Rohit suffered a dislocation in his thumb while attempting a catch in the slips in the first innings. He was immediately taken for scans which revealed no fracture but needed stitches.

With Rohit not in a position to open, India sent Virat Kohli and Shikhar Dhawan to start the chase of 272. Dravid said Rohit will fly back to Mumbai to consult an expert.

"Rohit will certainly miss the next game, fly back to Bombay, consult with an expert and see how it is and whether he can come back for the Test matches or not," Dravid told reporters after the match.

Rohit eventually came out to bat at No.9 and almost won the game for India with a 51 not out off 28 balls which included three boundaries and five sixes. Despite his efforts, India lost the match by five runs and lost the series 0-2. Dravid lauded the Rohit's determination to play with the pain.

"I think for him to show that level of courage, he had a serious dislocation, he had to go to hospital to get that set right, stitches in his hand, a couple of injections to go out and bat. Credit to him, he was really determined to go out and have a go and take a chance and it's amazing how close he got us with that innings, it was an absolutely phenomenal innings by the skipper. Great courage to be able to go out there and give us a chance. Unfortunately, in the end we couldn't get over the line," Dravid said.

With the latest loss, India have back-to-back ODI series losses against their name. Despite the concerns around their form, Dravid was confident that the team can settle down to playing the format very soon.

"It's a really exciting format. As you saw in these games it's a terrific format to play. When there's a lot of cricket, you have to prioritise certain formats. For the last couple of years we've certainly prioritized the T20 format with two World Cups so a lot of our boys haven't played a lot of one-day cricket. Over the next 8-9 months we will be prioritizing one-day cricket a lot and hopefully we will get our full squad to be able to play from the home series in January," Dravid said.

Dravid was also full of praise for allrounder Washington Sundar who has managed to pick up five wickets against Bangladesh.

"Again he (Washington) is someone who has had a lot of injuries last year. It's really nice to see the way he's coming back, he's bowled well in both the games and he batted well in New Zealand as well. Here because we wanted to lengthen our batting a little bit and keep that left-right combination going, we promoted Washington. We think that he's a very capable batsman and he can bat really well," he said.

The former captain also saw several positives for the team despite the losing the series.

"I think even in this series just to see the way Umran came in and bowled today. There's some good positives in spite of losing the series, two close games in 2-0, we had our opportunities but there's some positives we can take from this series as well.

"Rahul's batting in the last game, Shreyas' batting in this game, some of the bowling... I thought Siraj was exceptional in the last game. Shardul has bowled particularly well in both the games and Washington as well, Axar's batting today. So there have been bits and pieces there we can take heart from," Dravid said.

India will look to salvage a win on December 10 when they travel to Chattogram for the final and third ODI.