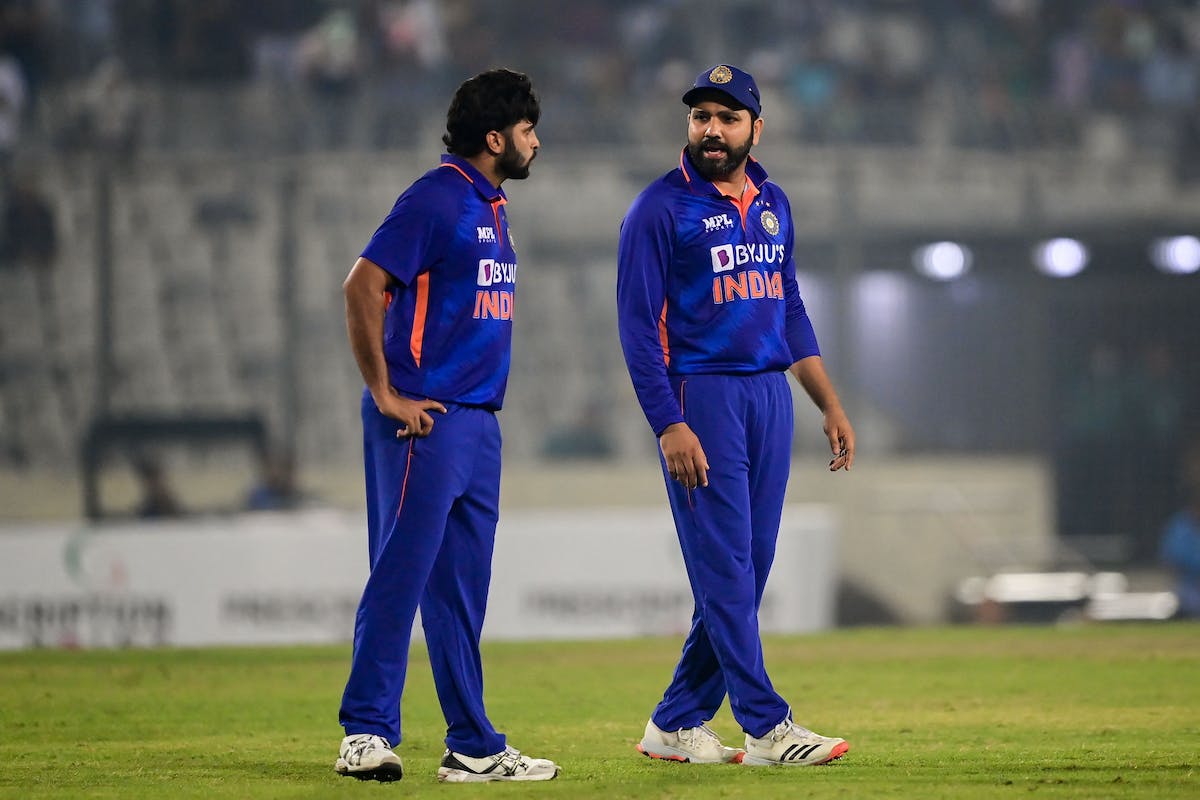 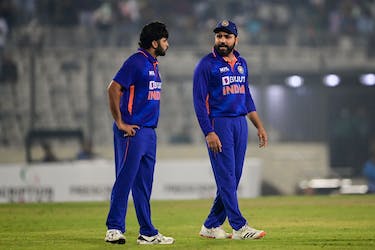 The Men in Blue are off to a horrendous start in the second ODI against Bangladesh, as Rohit Sharma has suffered an injury in the second over of the innings.

A fuller-length delivery from Mohammed Siraj, and Anamul Haque tries to play it through the covers but manages to get a thick outside edge, with Rohit dropping a fairly straightforward catch at second slip.

In the process, the 35-year-old suffered an injury to his thumb and immediately left the field.  He was sent for scans during the innings which revealed no fracture but had dislocation which needed stitches.

KL Rahul led the team in Rohit's absence as Bangladesh put up a total of 271/7 in 50 overs after Mehidy Hasan Miraj scored an unbeaten 100 off 83 balls.

Rohit eventually came out to bat at No.9 and almost won the game with a 51 not out off 28 balls which included three boundaries and five sixes. However, he might be ruled out of the final ODI at Chattogram on December 10.

"It (thumb injury) isn't too great. Some dislocation and some stitches. Fortunately, not a fracture and so, I was able to bat," Rohit said in the post-match presentation.