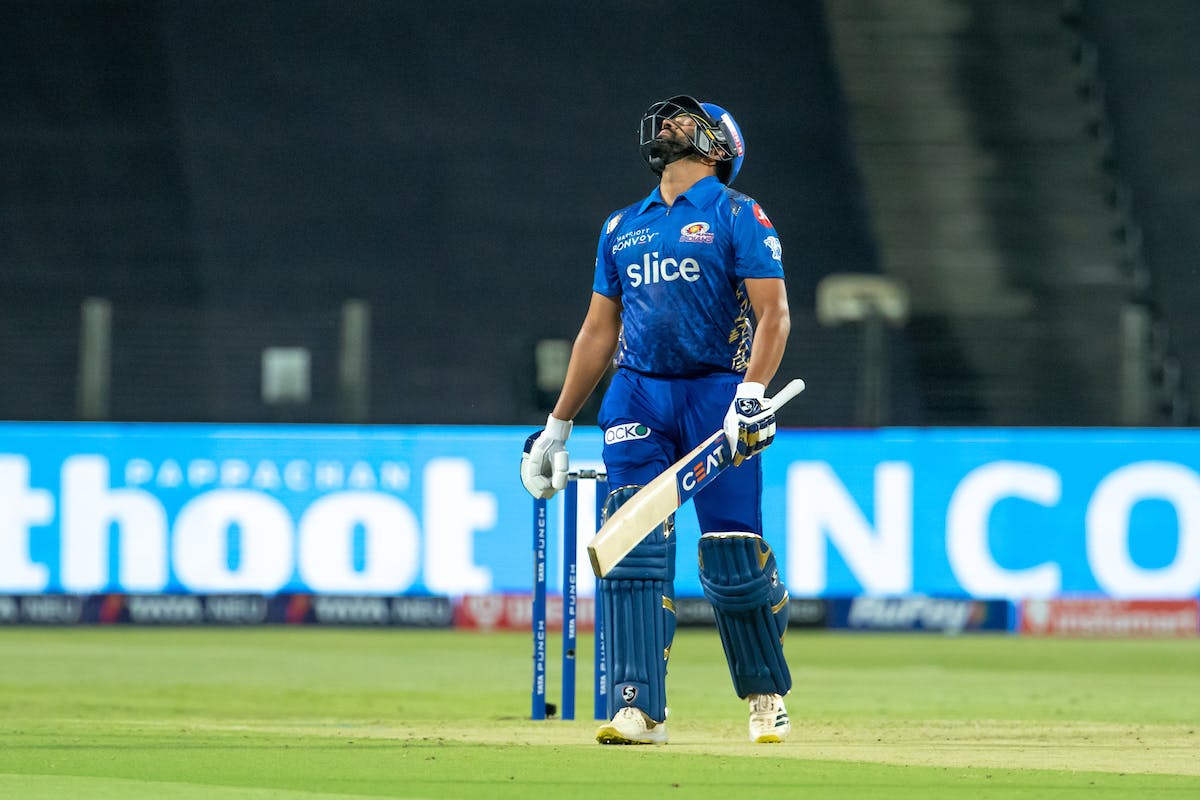 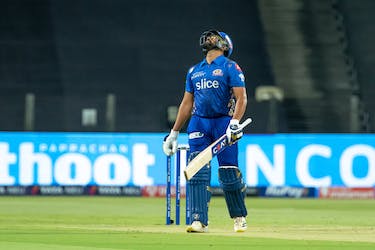 Things are going bad to worse for the Mumbai Indians in this edition of the Indian Premier League. The Rohit-Sharma led side suffered their sixth consecutive loss after falling short by 18 runs in the afternoon encounter against Lucknow Super Giants at the Brabourne Stadium in Mumbai.

"It is hard to put into words. We felt it was definitely chasable, but we needed to build partnerships in the middle," Rohit said in a post-match interview.

The skipper also shared insights on the decision to not use Jasprit Bumrah with the new ball. "We always try and keep Bumrah for the back end, and it didn't seem to work out. He bowled pretty well, but the others need to pull up their socks a little bit.

While the right-handed batter has been short on runs this season, his counter, KL Rahul, endured a dream game as he smashed a century in his 100th IPL appearance.

"I think KL batted brilliantly, and that is something which is missing from our team. We want someone in our top four to bat as long as possible, which is not happening, but we don't want to look too much into it. We haven't won a game yet, but we need to keep our heads high," he said.

"I'm trying to prepare myself in the way I prepare for every game, and that is no different. It's not coming off, and I take the full responsibility for not putting the team in the situation of what they expect from me."

"I back myself to go out there and enjoy the game and doing what I have been doing all these years. It's important to keep looking forward. It's not the end of the world, we have come back before, and we will try and come back again," he concluded.