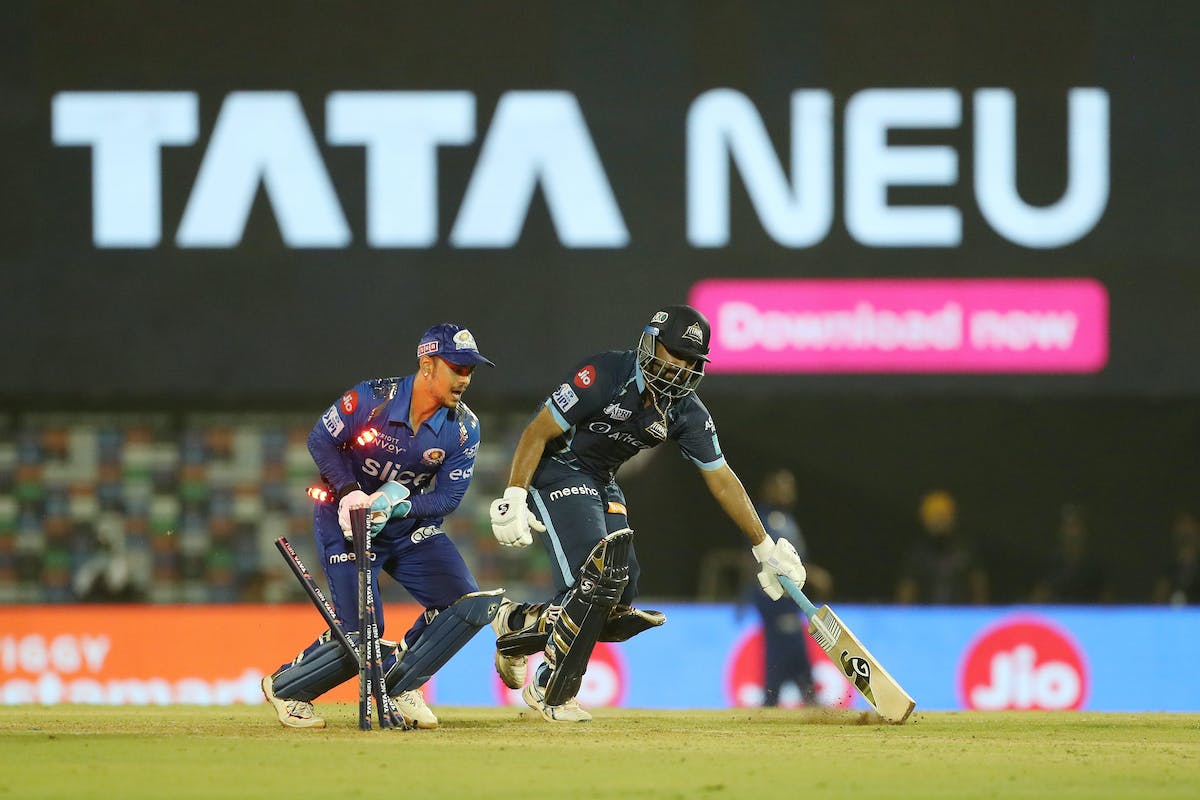 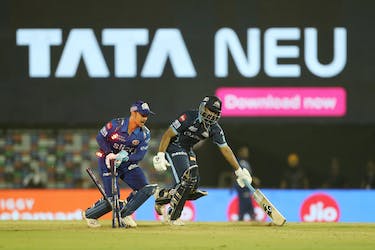 Gujarat Titans captain Hardik Pandya felt that their batters had let the team down after losing a thriller to Mumbai Indians by five runs on Friday at the Brabourne Stadium. Chasing 178, Gujarat lost Pandya and Rahul Tewatia to run-outs in the last two overs as Daniel Sams gave away just three runs from his final over.

For the first time, GT lost two matches in a row which extended their wait to seal a top-two finish. Pandya felt that the bowling efforts were not matched by the batters.

"On any day, we'd take 9 off the last over. The two run-outs cost us the game. I think batters let us down. In T20s, you can't lose back to back games," Pandya said at the post-match presentation.

"No blame games as we have cleared such games. We have made rookie mistakes which cost us this one. We played good cricket for 19.2 overs in our innings, one or two hits would have made a difference," he added.

Despite having a formidable batting lineup which came out on top in narrow chases, Pandya felt that they shouldn't let it come down to the final over.

"We should not have let it come down to the last over. I think bowlers did a fantastic job by putting pressure and pull it back to 170, as they were on the way to 200," he said.

MI skipper Rohit Sharma was relieved following their second win of the tournament as he felt luck favoured his side on the night.

"It was tight towards the back end, very satisfying as we were looking for this. Luck had to turn in to our favour, we will take this with both hands," he said.

Rohit lauded Tim David for his unbeaten 44 off 21 balls which took MI to 177/6 in 20 overs after a middle-order collapse.

"We were 15-20 short, they bowled well. Tim David played really well. Dew came in, good pitch and lightning outfield meant things were in their favour, credit to our bowlers who finished the job," he said.

Rohit said he was confident of Sams' ability as he handed the Australian the final over.

"He was under the pump in a couple of games, but I have seen him for Australia and in the BBL, he has a lot of skill. It was not easy to defend 9 runs," he said.