Root continues his invincibility as England consolidate advantage with the bat 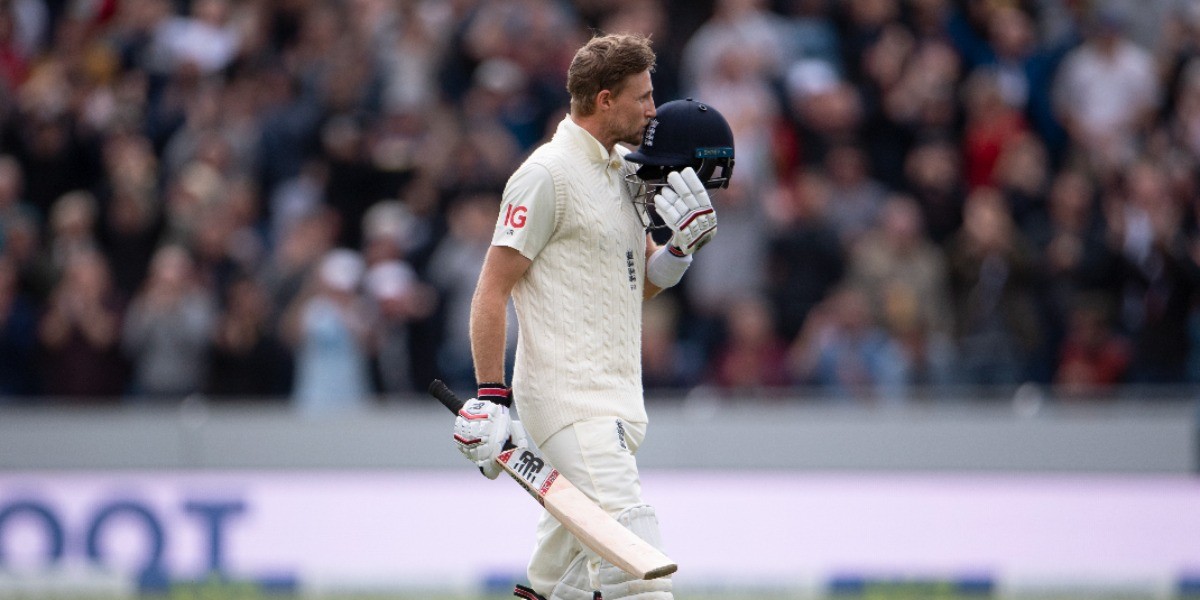 Root continues his invincibility as England consolidate advantage with the bat

It will require a superhuman effort and more from the Indian batsmen to avoid defeat at Headingley as England, led by Joe Root, took full advantage of favourable batting conditions on Day 2 to stretch their first innings lead to a mammoth 345.

Resuming on their overnight score of 120/0, England openers Haseeb Hameed and Rory Burns started cautiously, but both fell in quick succession inside the first hour. While Burns (61) was cleaned up by a nip-backer from Mohammed Shami, Hameed (68) was castled by Ravindra Jadeja.

The two wickets, however, brought no respite for India, who were flayed by the duo of Dawid Malan and Joe Root. Playing Test cricket for the first time in three years, Malan scored his sixth Test fifty, while Root carried on his good form to torment the Indians yet again. Together the duo added 139 runs together, before Malan (70) tamely got out to the bowling of Mohammed Siraj.

Malan’s dismissal brought in Jonny Bairstow, who shared an entertaining 52-run stand with the skipper. The Yorkshireman, however, eventually perished for 29, and his wicket brought about a mini-collapse for England, who lost their last five wickets in the day for 73 runs. Shami (3/87) was the wrecker in chief on the day, and he was ably supported by both Jadeja and Siraj, who took two wickets each.

Amidst the collapse, one batsman who stood tall was skipper Root, who struck his sixth ton of the year to further punish the visitors. He eventually perished for 121 and so after toiling hard throughout the day, the Indians headed back to the dressing room with England 423/8, ahead by 345 runs.

Smashing the false narrative that he was picked on white-ball form, Dawid Malan marked his return to Test cricket, after three long years, in style. Malan scored 70 runs after the perfect platform had been set by the openers, and today the 33-year-old batted like a man whose last two first-class scores read 199 and 219.

Malan began his knock with two crunching drives, one off the front foot and the other off the back foot, but what was impressive was the urgency the southpaw showed during his stay at the crease. A feature in Malan’s knock today was how effectively he ran between the wickets, almost as if he was playing ODI cricket, and together with skipper Joe Root, the comeback-man piled misery on a deflated Indian unit. 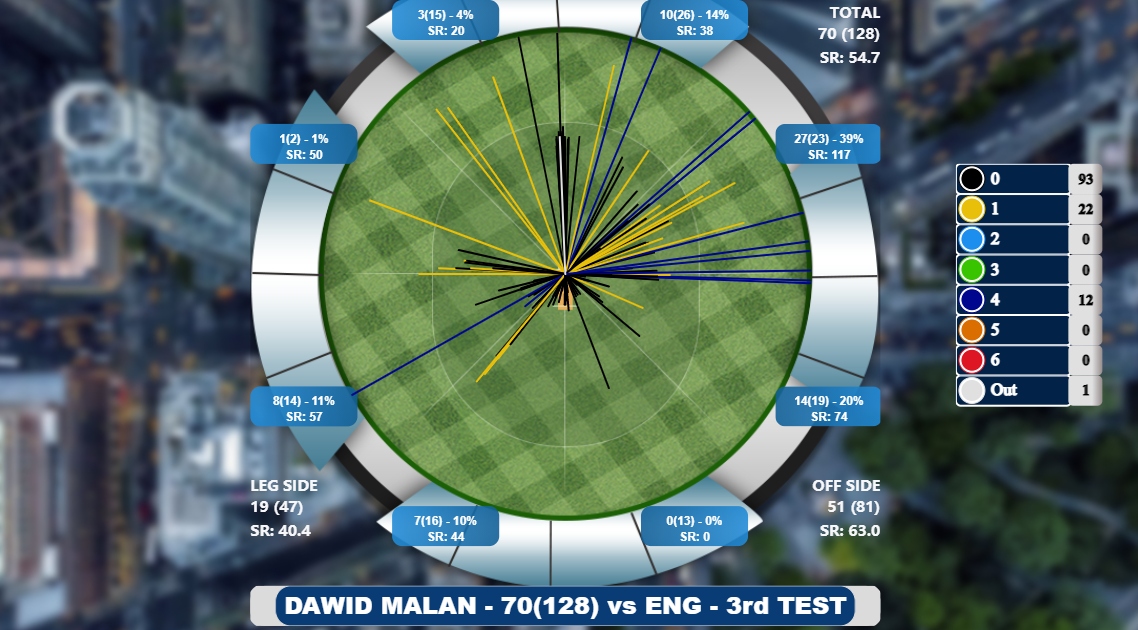 What this control enabled him to do was dominate the off-side. 51 of Malan’s 70 runs came on the off-side, with him exploiting the point and cover region, scoring 27 runs at an astonishing SR of 117.

He perished in tame fashion, nicking one down the leg-side to the keeper, but Malan, in his 128-ball stay, displayed plenty of positive signs that will bode well for the hosts for the rest of the series.

Ishant Sharma’s first over on day one typified India’s struggles: it was a forgettable nine-ball over that cost as many runs. The veteran looked off colour, and his innocuous seven overs cost 26 runs. Damningly for the visitors, the 32-year-old somehow managed to fare even worse on Day 2. Like on Day 1, Ishant took the new ball, and he got progressively worse with time, looking fatigued and off rhythm throughout the day.

His first 13 overs of the day - starting from the commencement of the day to 30 minutes after tea - cost 54 runs, with him consistently dishing out one boundary ball per over, which the England batters gladly put away. 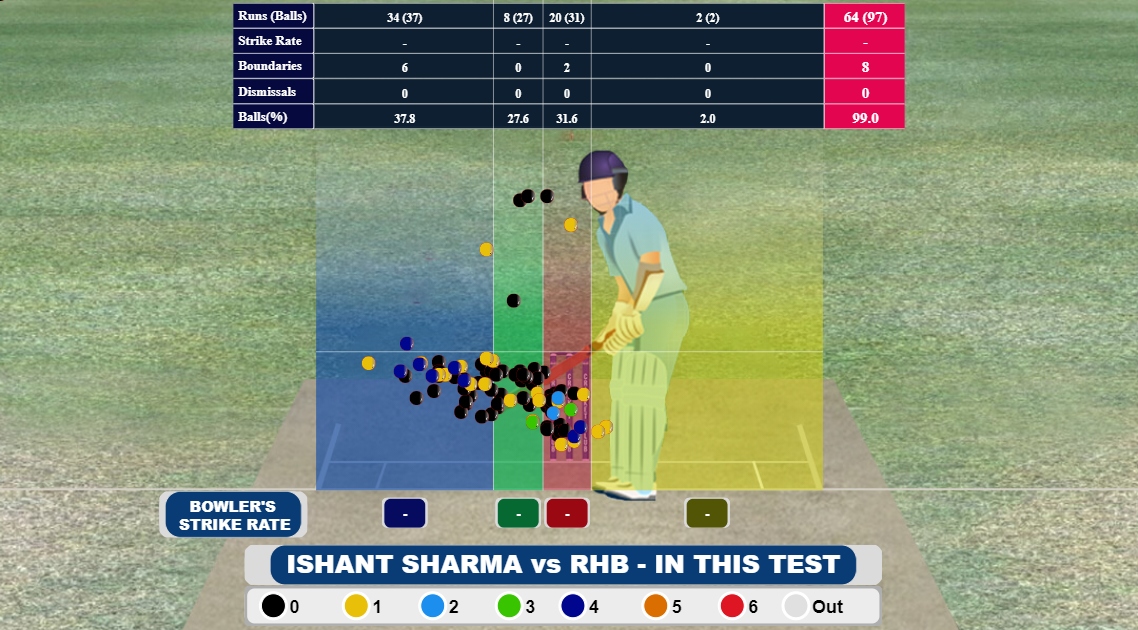 As the graphic above suggests, Ishant strayed on his lines - often bowling too wide - and simply did not exert enough pressure on the England batters, who at no point were threatened by the veteran. Almost 38% of his deliveries to the right-handers were wide.

Selecting Ishant ahead of Ashwin for a second Test running was a big call. Going by Day 2’s evidence, the gamble has not paid off.

By now, it has become all too predictable for India. Everytime Joe Root walks out to bat, he ends up either hurting them, or scoring a ton. Today he scored his third ton of the series, arguably his most fluent.

For once walking out to bat with a cushion, Root made the fullest use of the opportunity to feast on some runs. The England skipper was proactive from the get-go and raced off to 27 off his first 25 balls, dispatching every loose ball to the boundary. And India gifted him a fair few of them.

He got to his fifty without breaking a sweat and then, predictably, converted it into a ton, his sixth of the year. Once infamous for his tendency to not convert starts, Root has now converted six of his last even fifties into centuries. In the process, he also broke his predecessor Alastair Cook’s record for the most runs scored by an English captain in a single calendar year.

A loose drive on 121, prompted by exhaustion, eventually resulted in Root’s undoing, but in the form he is in, you would be bold to bet against him scoring a ton in each of the next two Tests.