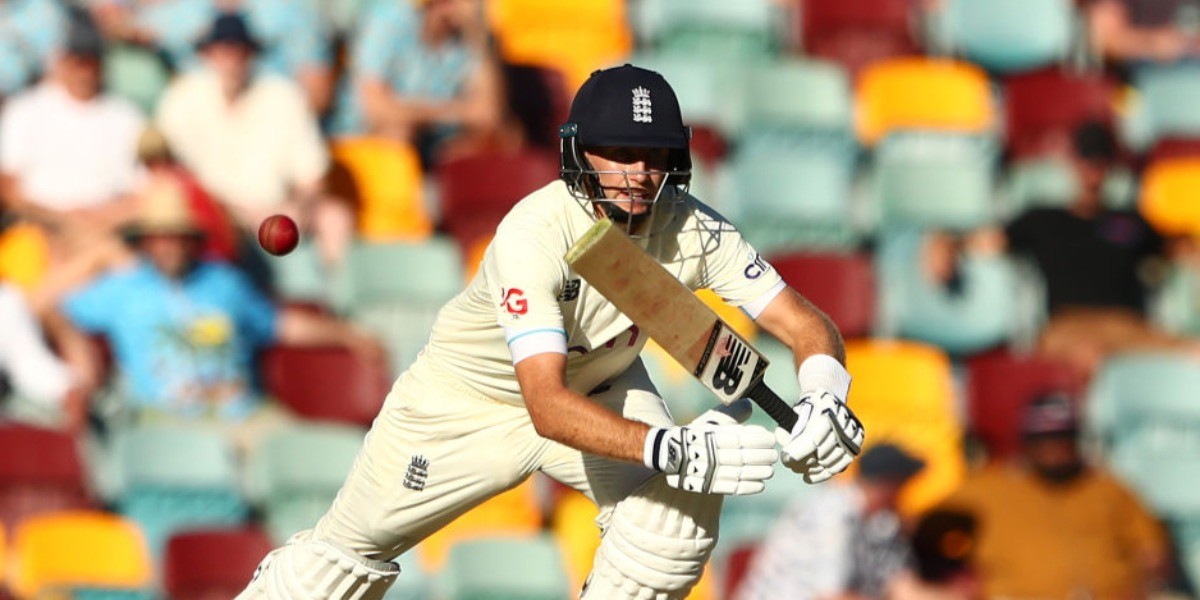 It was a perfect day for England at the Gabba as the visitors, after conceding a 278-run lead, ended Day 4 just 58 runs behind Australia to storm back into the first Test. England endured a frustrating first hour’s play with the ball, but stunning efforts from skipper Root (86*) and Dawid Malan (80*) saw the Three Lions end the day on 220/2, with a realistic chance of setting Australia a challenging target to chase.

England get to lunch unscathed after frustrating first hour

Travis Head, through his blistering counter-attacking ton, took the game away from England in the final session on Day 2, but to have any hope of still turning the match around, the visitors needed to knock the last three Aussie wickets early.

That did not happen. Instead, Australia made the English bowlers toil for over an hour in the morning and stretched their lead close to 300.

Head was the destructor-in-chief on Day 2 but today, it was Mitchell Starc who frustrated the English bowlers. Starc began the day on 10*, but a bunch of boundaries, threes and twos later, he raced to 35. The southpaw was looking good for a 11th Test fifty, but he eventually holed out to Rory Burns off the bowling of Chris Woakes.

Nathan Lyon then walked out at No.10 and further frustrated England by swinging his bat, but he eventually ran out of luck as he was dismissed for 15. Wood cranked it up in the morning just like he did on Day 2, and he got his first breakthrough of the day in the form of Lyon.

Head, the set batter, resumed the day on 112* and he made sure to maximize his time out in the middle as he kept accumulating runs to bring up 150, the second of his career. He was not as free-flowing as yesterday, largely due to the defensive fields set-up by England, but there was still a straight six off Ben Stokes that turned out to be one of the highlights of the first session.

Head was hoping to carry his bat but unfortunately that did not happen as he was knocked over by Wood as Australia were bowled out for 425, with the lead being 278.

England had a nasty, uncomfortable 40 minutes to negate and disaster seemed to have struck when the on-field umpire ruled Rory Burns out LBW in the very first over of the innings. However, DRS ended up saving the opener as hawk-eye showed that the ball was bouncing over the stumps.

Hazlewood, Starc and Cummins got a fair crack at both Hameed and Burns for the rest of the session, but, to their credit, both the openers held fort as England got through to lunch unscathed, 23/0.

The English openers did well before lunch, but it didn’t take too long for Australia to strike post restart as Rory Burns perished in the first over of the second session. Cummins kept angling the ball across the left-hander, and eventually one pitched just on fifth stump and took off, taking the outside edge of the bat of Burns, who departed for 13 after displaying some fight.

Much more fluent was his partner Hameed, who looked set for a big one and loosened up by striking three boundaries off Starc across two overs. But he perished in the most frustrating manner imaginable by gloving leg-side-filth bowled by the left-arm seamer. Having already faced 58 balls Hameed looked good for a substantial score, but a moment of lapse saw him throw his wicket away.

This brought in skipper Joe Root, who faced some early music from Cummins and Hazlewood, but thankfully for England, they would end up losing no more wickets in the session.

Malan was shaky, and survived an extremely close caught-behind appeal, but, like Warner on Day 2, he rode the luck he received as he kept ticking along and eventually finished the session on 35*.

Root looked much more solid in this innings, and he made a typical Root start to the innings to get to tea on 26* off 39.

All the Aussie bowlers toiled hard, in particular Nathan Lyon, but this was one of the rare sessions where luck went England’s way.

Root, Malan make full use of good batting conditions to bring England right back into the contest

After showing some fight after lunch, England needed a perfect final session to stay alive in the contest. And courtesy their skipper Joe Root and No.3 Dawid Malan, that is exactly what the Three Lions encountered: a 10/10 session which ended up bringing them right back into the contest. England, post-tea remarkably did not lose a single wicket while adding 113 runs.

It was not the greatest of performances from the Aussie bowlers, who looked down on energy and intensity, but both Root and Malan batted masterfully. Every bad ball was put away and the duo also rotated strike efficiently. They barely gave Australia a sniff in the final 2.30 hours.

A large portion of the overs in the final session was bowled by Lyon and Starc, but unfortunately for Australia, neither bowler turned out to be effective. While Starc did not draw too many false shots in the final session, Lyon was dominated by Root, who did not allow him to settle. The off-spinner enjoyed far more control against the left-handed Malan, but he did not enjoy any luck as he ended the day wicketless, still stuck on 399 Test wickets.

England negated the final hour carefully, and the stunning fightback has now put them just 58 runs behind Australia. With another strong display on Day 4, they could even dream of potentially winning this Test match. A turnaround and a half.