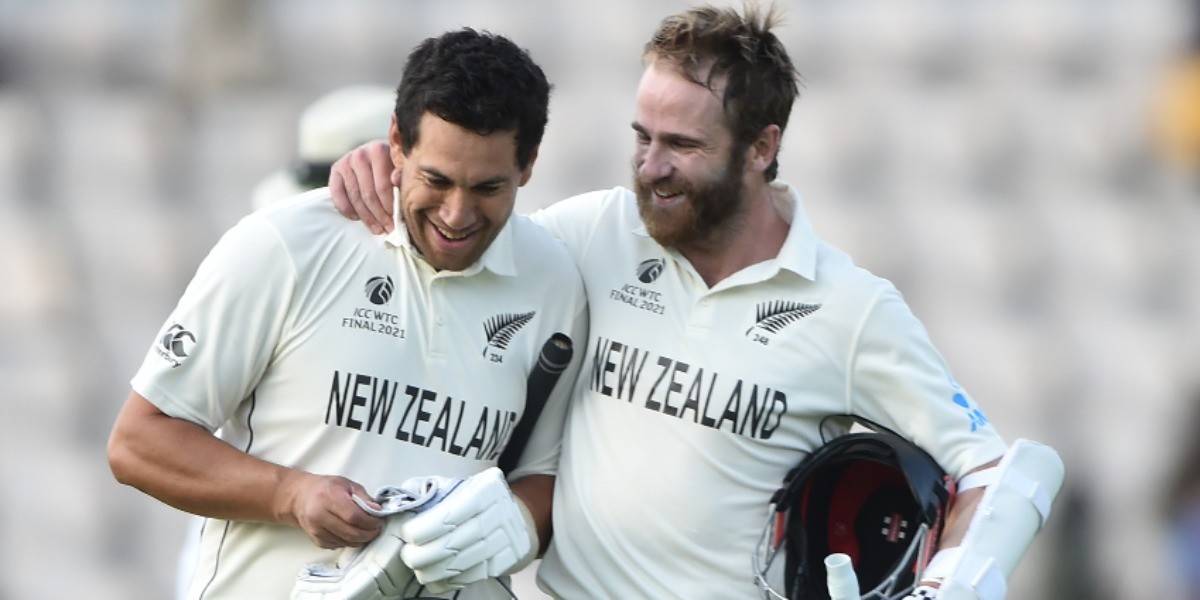 New Zealand batsman Ross Taylor said he is not thinking about retirement after winning the World Test Championship as he focused on playing well and making it to the T20 World Cup squad later this year.

"It's still sinking in that we can call ourselves world champions, but I'm still loving the game of cricket," Taylor said in an interview with ICC's official website on Wednesday. "I still want to learn and still get better, so that's a good sign. But, yeah, at this stage I just want to keep playing cricket, whatever level that is, for as long as I can... New Zealanders for whatever reason retire at 34 or 35, and once I got to 37 I can understand why they do - you get asked the question a lot, your age comes into question a lot more when you do things exactly the same as what you were doing two years ago, but you're doing them wrong because of your age which is sometimes a bit hard to swallow. Regardless of when I do pull up stumps, I still feel like I can play domestic cricket, I still love playing for my country and I still love playing for Central Districts as well," he added.

The explosive right-hander is now focused on making it to the World T20 scheduled to be played in UAE and Oman from 17 October- 14 November.

"No, I haven't really thought about anything as I said. My main focus over the last sort of while was just to do everything I can to make the [T20] World Cup side," he said. "My calf and hammy were playing up leading into that. No, I think the team is pretty settled in the Twenty20 side, and there's a lot of cricket to be played before and after that. No, I don't see the team changing much in the near future."

Taylor, who was part of the New Zealand team that lost the 2019 men's World Cup final against England, felt lifting the WTC title made up for the heartbreak two years ago.

"We played in a few inconsistent sides, but, I guess over the last few years, the team has built into a fantastic consistent side and after the heartbreak of the 2019 World Cup, this is definitely the highlight and I think probably makes up for that," the 37-year old said in a virtual press conference.

Taylor, who hit the winning runs in the final against India, lavished praise of Kiwi skipper Kane Williamson with whom he forged a partnership of 96 in the second innings.

"Once the winning runs were hit, walking off with him [Willamson] and the discussions afterwards, it's something that I'll never forget," he said. "It was still touch and go when I went out there to bat; to get through that hard period and Kane's been a fantastic captain and ambassador for the game and our country. And for him to be out there and on that last ball before, he sort of gave me a stare: 'hurry up and finish it' so that he doesn't have to. So it was nice to hit the boundary and celebrate what was a tough match with a lot of hard work over the last two or so years."

The image of the pair walking off the pitch after the win became iconic, with public suggesting a statue of the image to immortalize the moment.

"It was just nice to have been there," Taylor said. "But, I think, I've seen the photo a lot. A lot of people have sent it to me and I think the photo of Kane and I come off probably speaks louder than words. The photo says it all, I think. Obviously, we were very happy with what we had achieved but also there was a little bit of relief in there too that we were finally able to get one across the line."

"I'll leave that [having a statue at the Basin Reserve] to the people to decide but I'm sure if you ask Kane, I know what the answer will be," he said.