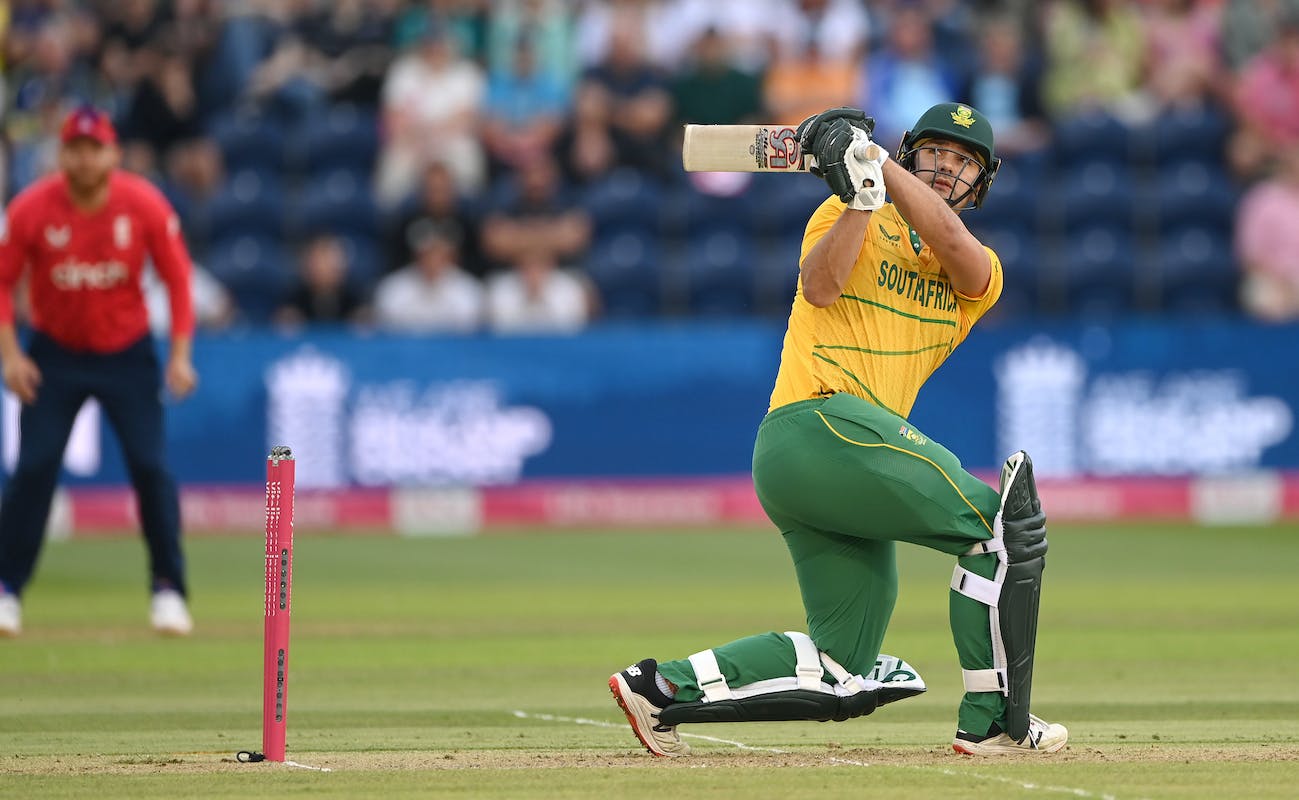 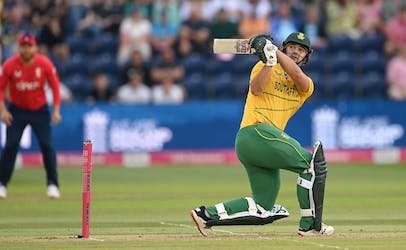 Rilee Rossouw's unbeaten 96 laid the foundation for South Africa's commanding 58-run win in the second T20I against England in Cardiff on Thursday as the Proteas bounced back to level a three-match series at 1-1. Rossouw's innings was the cornerstone of a total of 207-3, with Reeza Hendricks making 53 -- the opener's second fifty in as many days.

Left-arm wrist-spinner Tabraiz Shamsi then took 3-27 and all-rounder Andile Phehlukwayo 3-39 and paceman Lungi Ngidi 2-11 as England, chasing 208 to win, were dismissed for 149 in the 17th over.

"It's a great turn around from last night," said South Africa captain David Miller. "We had a few meetings this morning to clear up a few things."

England captain Jos Buttler was left to rue the fact that none of his batsmen made more than Jonny Bairstow's 30.

"A few guys got starts but didn't play that match-defining innings that Rilee did. We haven't quite performed to the level we are capable of...It's set-up for a great decider in Southampton (on Sunday)," Buttler said.

Buttler hit 16 runs in three balls from Phehlukwayo -- two sixes followed by a four -- onloy to fall for 29 off the next when caught off a soaring top-edge by Hendricks. England were 77-3 in the ninth over when struggling opener Jason Roy holed out for 20 off Shamsi, with Hendricks holding another good catch.

The Proteas then reduced England to 88-4. Moeen Ali, who in Bristol had hit England's quickest T20 fifty off just 16 balls, fell for 28 when he drove Shamsi only for Maharaj, running round from wide long-off, to cling onto the ball low down.

Shamsi, whose three wicketless overs on Wednesday cost an expensive 49 runs, then had Sam Curran caught as he tried to clear the short, straight boundary. Fast bowler Kagiso Rabada dismissed Bairstow when the in-form batsman uppercut at a slower-ball bouncer, with Ngidi taking an excellent catch over his shoulder at backward point. And when the big-hitting Liam Livingstone, was caught behind off Phehlukwayo, England were 141-7 in the 16th over before Ngidi cleaned up the tail.

In a match where both sides were unchanged, Buttler surprisingly opted to field first after winning the toss despite England's run-spree in Bristol.

Off-spinner Moeen made the breakthrough when De Kock (15) mistimed a drive to mid-on. Rossouw hit the last two balls of the powerplay for 10 runs, flicking Richard Gleeson for six and driving him through extra-cover for four.

Hendricks completed a 29-ball fifty, but was out soon afterwards when Bairstow took a well-judged catch running back towards the long-leg boundary. England thought Rossouw was caught behind down the legside by Buttler off Chris Jordan for 37 but the TV umpire ruled the ball had bounced into the wicketkeeper's gloves.

Left-hander Rossouw's third T20I fifty came over seven years after his second, with the 32-year-old left-hander only recently returning to international action after becoming a Kolpak player in English county cricket in 2016. But his hopes of a hundred were dashed when Jordan conceded a mere four runs off the last over. Rossouw faced 55 balls including 10 fours and five sixes.