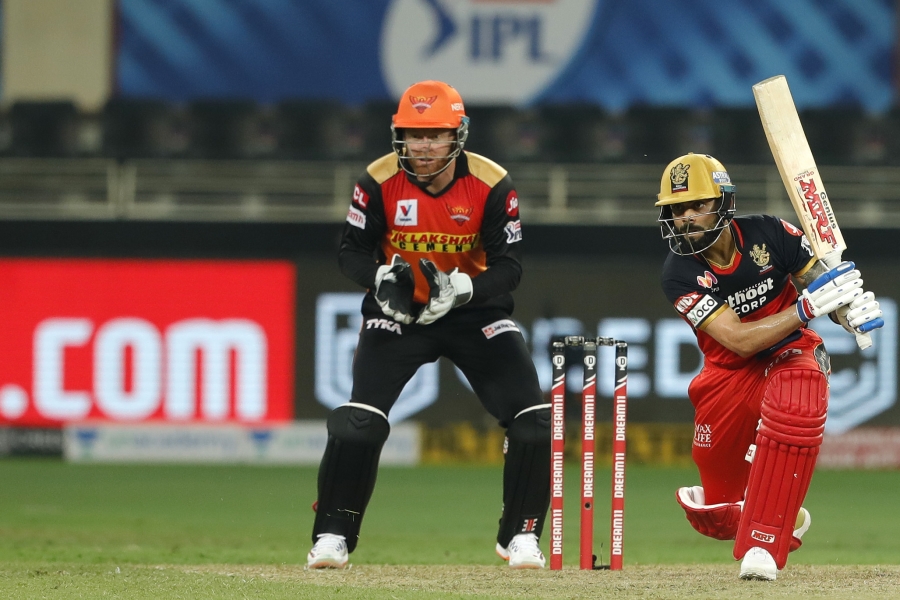 We are almost at the fag end of the tournament and while Mumbai Indians have already made it to the final four of the league, three spots are still up for grabs and Match 52 of IPL 2020 is likely to make the scenario much clearer. Both Royal Challengers Bangalore and Sunrisers Hyderabad are still in with a good chance to go through.

A win will take RCB to 16 points and that will guarantee them a spot in the playoffs, while if SRH win, it will take them to 12 points.

Historically, SRH have had the wood over RCB in the IPL albeit by a close margin. The two sides have played each other 15 times with SRH winning 8 games to RCB’s 7. In the last 5 matches though RCB have a 3-2 lead.

When these two sides met earlier in the tournament, it was RCB who took the game by 10 runs. 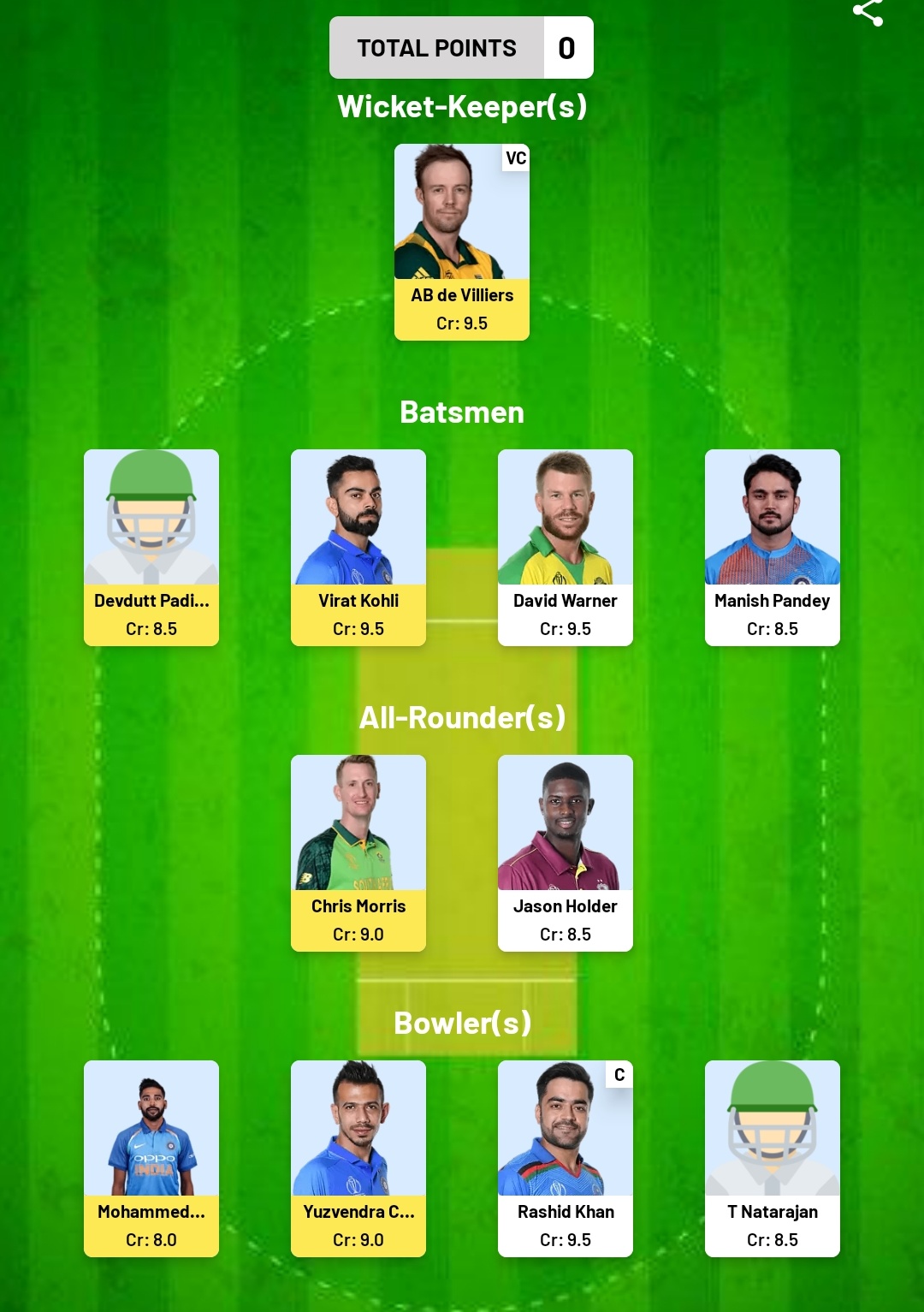 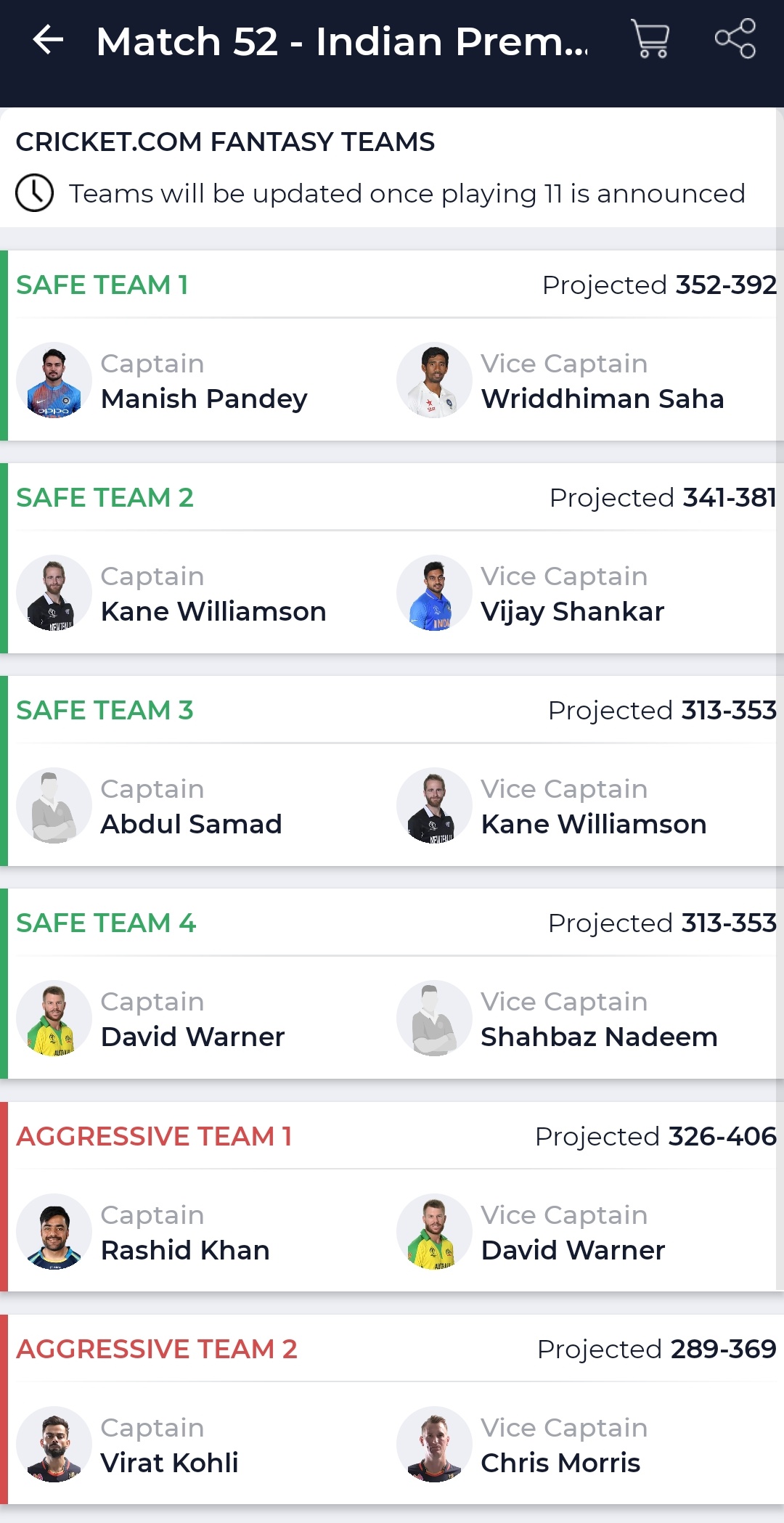 Out of the three venues where the IPL is being played, the Sharjah Cricket Stadium is where batsmen have had the most fun. The shorter boundaries coupled with the flat pitch has seen runs being scores by the bundle. The average first innings score at this venue this season has been 187.

Batsmen have scored at an average of 32 runs per wicket here, easily the highest while the bowlers have picked up a wicket once every 21.1 deliveries. You should definitely go for a batting heavy fantasy side for this encounter especially keeping in mind the arsenal both RCB and SRH possess. Having said that the surface at Sharjah has felt like slowing up in the last few games so you should also keep a few slower bowlers in the side.

As has been the case all through this season, pacers have ruled the roost at Sharjah too. They have picked up 74.5% of the wickets to fall here – 79 of the 106 wickets. In 20 innings so far, the pacers have returned a wicket every 19.4 balls as compared to spinners who have a strike rate of 30.1.

Among the different bowler types, right-arm pacers are miles ahead of the rest of the pack in terms of wickets but as far as bowling strike-rates go, left-arm seamers are ahead. They have returned a wicket every 17.5 deliveries at this venue this season followed by right arm pacers who have a strike rate of 19.7. 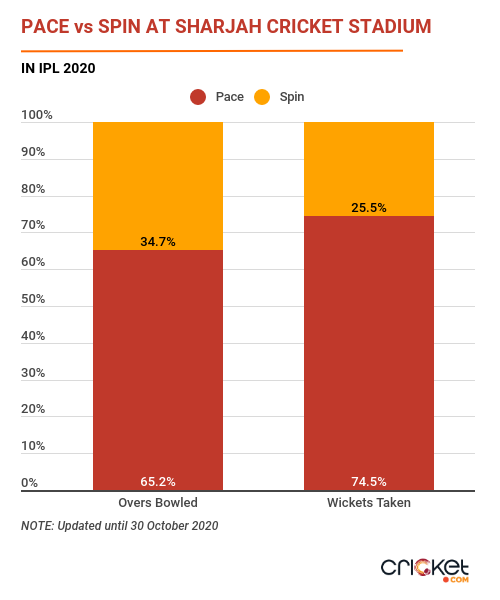 Hyderabad have Khaleel Ahmed and T Natarajan in their side, both of whom have done well so far in the tournament and the duo could be considered. Chris Morris is another option you could choose alongside Mohammed Siraj. As far as the spinners go, you shouldn’t go beyond the spin-bowling duo of Yuzvendra Chahal and Rashid Khan.

Among the batsmen, you are truly spoilt for choice. There is Virat Kohli, Jonny Bairstow, David Warner and AB de Villiers. You should certainly pick at least 3 out of these 4 batsmen in your side.

A combination of six frontline batsmen including the wicket-keeper, one all-rounders and four bowlers could be the way to go for this encounter. 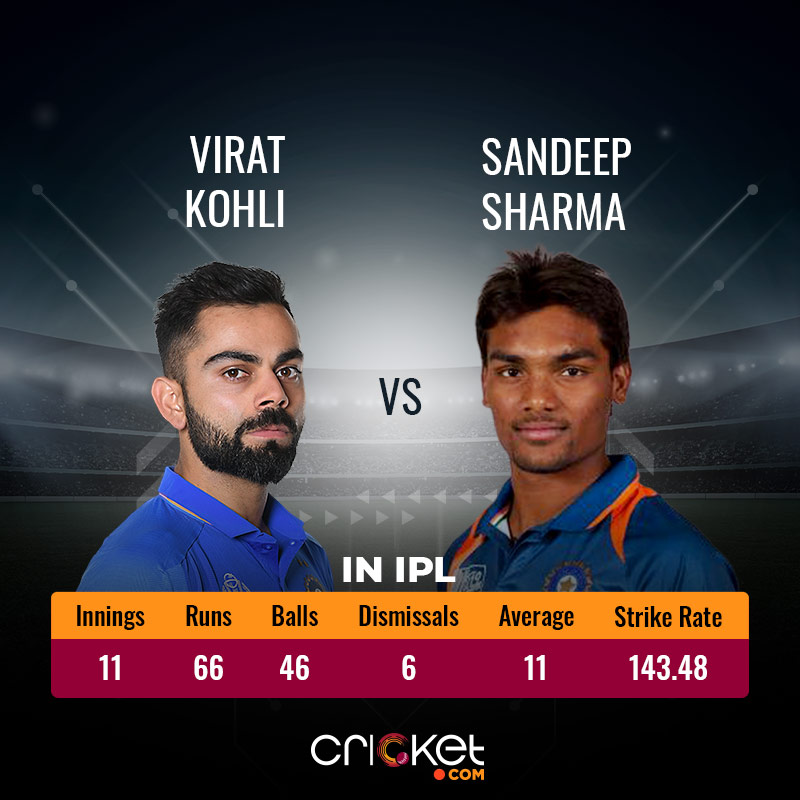 Without beating about the bush, Sandeep Sharma has quietly gone about his business against one of the best batsmen in the world and he really has done his reputation no harm. Sandeep has bowled to Kohli 11 times in the IPL and has dismissed him on 6 occasions. 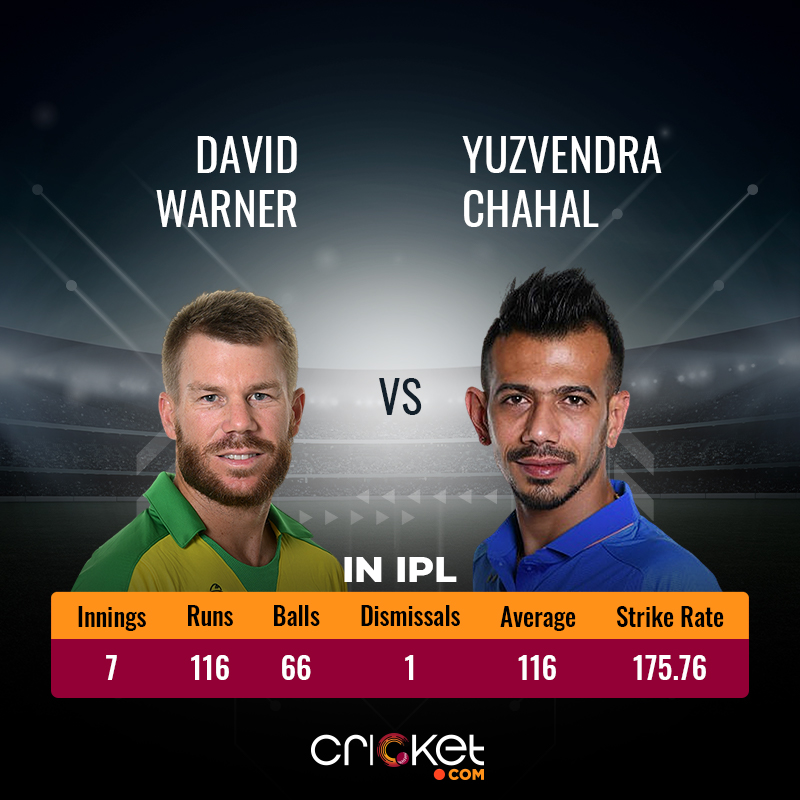 Warner is undoubtedly one of the fiercest openers going around in world cricket and one facet he stands tall when compared to the rest of his peers is how well he plays spin. In 7 innings, Warner has faced 66 of Chahal’s deliveries of which he has scored 116 runs at a strike rate of 175.76 and been dismissed just once. 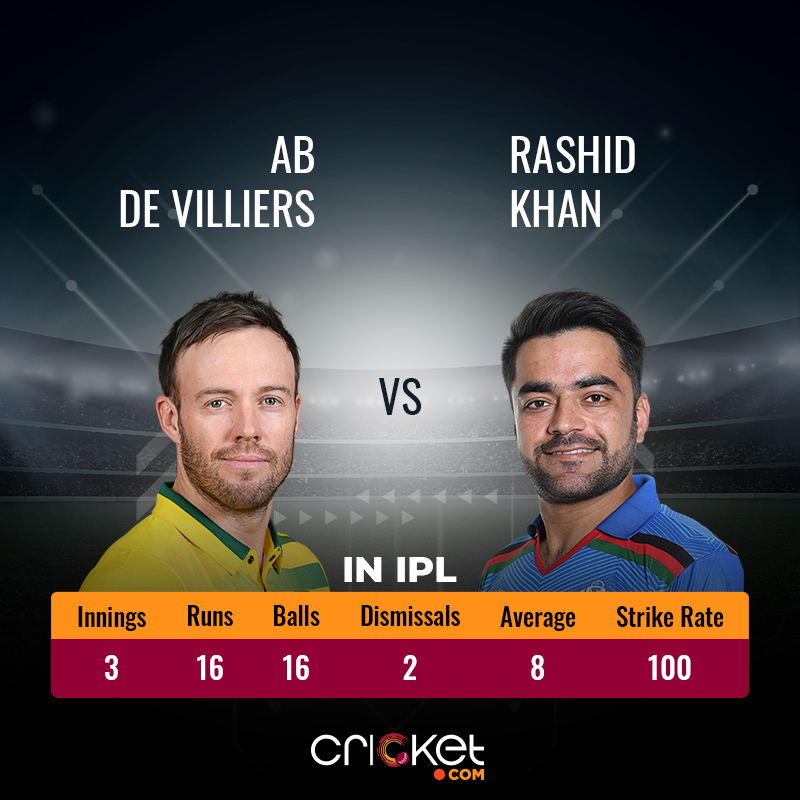 AB de Villiers does not have the best of records against Rashid Khan. He has faced the leg-spinner three times in the IPL, has a strike rate of only 100 and has been dismissed twice. An average of 8 certainly does not make for a pretty reading.

Rashid Khan has been in mesmerizing form this season and it is no surprise that he finds a place inside the top five wicket-takers list so far this season. When the tournament started, Rashid was not picking as many wickets with teams happy to play him out. But over the last few matches, he has attacked much more and that has translated into wickets. So far this season, Rashid has picked 17 wickets in 12 games, striking every 16.9 balls. What stands out here is his economy rate of 5, which is easily the best in the tournament.

Our Criclytics player projector predicts Rashid could collect 28-64 points in this match. 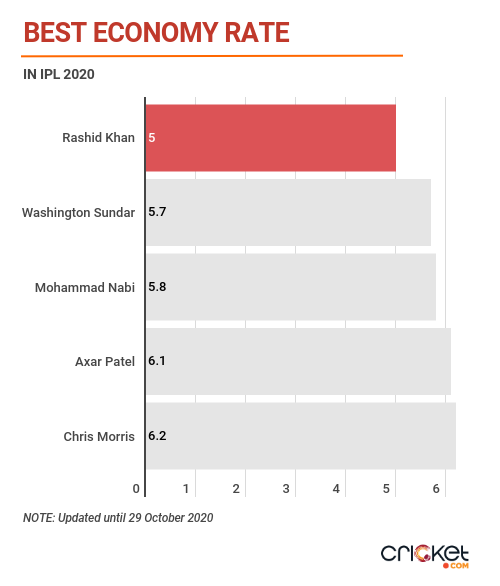 The last time SRH and RCB met, it was Yuzvendra Chahal who turned the tide in his side’s favour with a riveting spell of 3/18 for which he was also named Player of the Match. He is RCB’s leading wicket-taker so far this season with 18 scalps in 12 games striking every 15.3 deliveries. On a surface where leg-spinners have done relatively well, Chahal will be keen on coming good.

Our Criclytics player projector predicts Chahal could collect 25-61 points in this match. 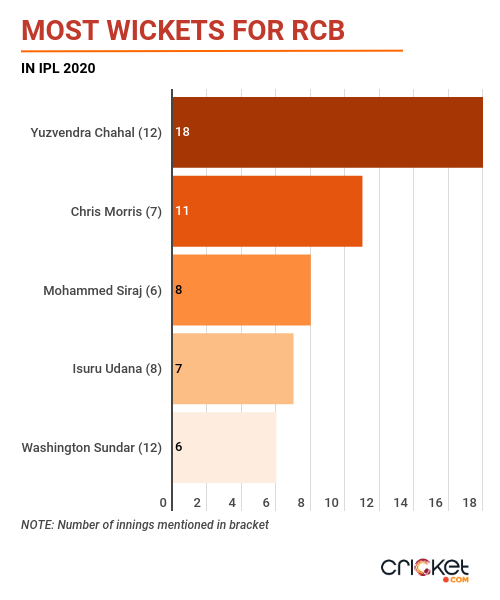 With over 5000 runs in the tournament, there is little doubt that David Warner is one of IPL ‘GOAT’s’. He might not have had a blockbuster season this time around, like we have gotten so accustomed to seeing but Warner has picked up pace in the last few games. He is still the highest run-scorer for Hyderabad in the tournament with 436 runs in 12 innings averaging 39.64. In a crunch game, he will be expected to score big yet again.

Our Criclytics player projector predicts Warner could collect 20-47 points in this match.

AB de Villiers has silently been the shining light for RCB this season. He might have not performed in all matches but in times when needed, the South African has stood tall. Barring Rashid Khan, there is no other bowler in the SRH line-up and if he can get past the leg-spinner, there could be carnage. In addition, de Villiers also has an excellent record against SRH. In 14 innings, he has scored 449 runs striking at 166.3.

Our Criclytics player projector predicts de Villiers could collect 16-36 points in this match.