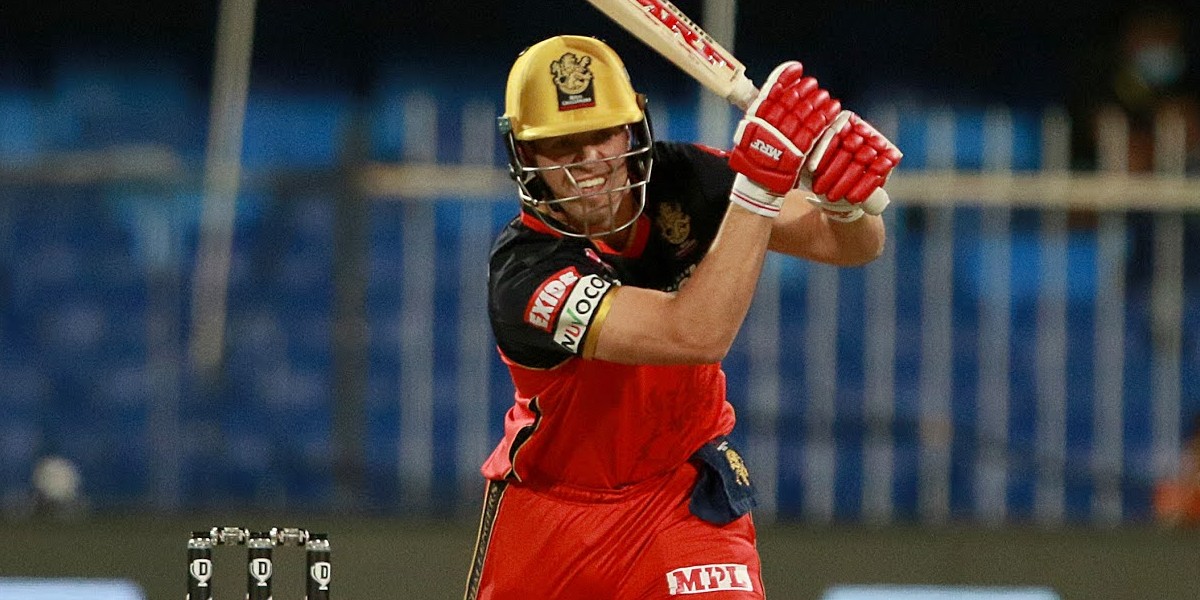 The RCB batsmen struggled to dictate terms in the first 15 overs, but that's when de Villiers arrived to the crease and turn the game around in the last five overs. The batting maestro from South Africa slammed five fours and six maximums and helped Bangalore amass 83 in the last five overs. De Villiers scored almost 80 percent of the runs after the 15th over and propelled Bangalore to 194/2 in their 20 overs. In response, Kolkata never looked in the game and could only manage 112/9 in their 20 overs.

Earlier, Aaron Finch and Devdutt Padikkal were positive from the word go and ensured they hit at least one boundary every over in the first four overs. Kolkata were without Sunil Narine who was reported for suspected illegal bowling action in the previous encounter and rather than playing a frontline bowler, they handed a debut to Tom Banton.

Having not scored much in the last three innings, Finch announced his arrival with a maximum down the ground. Padikkal then smashed Pat Cummins and Prasidh Krishna for back-to-back boundaries in the space of two overs as Bangalore raced to 37/0 at the end of four overs. Kolkata were a bowler short and captain Dinesh Karthik was forced to bring Andre Russell into the attack inside six overs. The all-rounder from Jamaica would have had Finch in his very first over if Kamlesh Nagarkoti wouldn't have dropped a catch at short fine leg.

The two openers scored at a decent rate and kept hitting boundaries at regular intervals. They couldn't go after Cummins but still managed to accumulate 47 from the powerplay. It was important for Padikkal and Finch to capitalise on shorter boundaries and the former tried to go after Russell. Padikkal smoked him for a six and a four in the first two deliveries but Russell had his revenge in the same over as he knocked over the left-hander for a 23-ball 32.

Varun Chakravarthy and Nagarkoti then kept things quiet in the next few overs as they mixed their pace and length to perfection. The two bowlers didn't bowl a single delivery on the slot and all Finch and Virat Kohli (28-ball 33*) could do was take ones and twos. The surface slowed down a bit and Kohli struggled against Nagarkoti who kept bowling cutters. After a 67-run opening partnership, Finch and Kohli could only manage 21 in the next four overs.

The pressure was slowly starting to build on Finch and the opener from Australia tried to break the shackles but ended up getting knocked over by Prasidh. Having managed only 15 in his last 15 deliveries, Finch finished with a score of 47 off 37. RCB desperately needed de Villiers to fire and the superhuman from South Africa didn't disappoint. The wicketkeeper-batsman got some momentum into the innings when he smoked Nagarkoti for two maximums and a four in his final over. The young paceman, who went for 18 in his first three overs, conceded as many in his final six deliveries.

De Villiers kept the attack going and clobbered Cummins for 19 runs in his final over, exactly how much he gave away in his first three overs. Meanwhile, Kohli finally scored a boundary in his 25th delivery and that too came via an outside edge. The RCB skipper however ensured de Villiers had most of the strike. De Villiers completed his fifty in the 18th over and even managed to smack two fours and a six in Russell's final over to keep the momentum in RCB's favour.

In reply, Chris Morris (2/17) and Navdeep Saini didn't allow Shubman Gill and Banton to get off to a rapid start. Debutant Banton in particular looked nervous during his stay in the middle and could only manage 8 off 12 before he was knocked over by Saini. Nitish Rana (14-ball 9) too couldn't get going as the asking rate kept soaring. Gill at the other end played his role to perfection but the big-hitters like Eoin Morgan (8) and Karthik (1) failed to contribute.

Gill was run out for a 25-ball 34 as Kolkata kept losing wickets at regular intervals and never looked in the chase. Both Washington Sundar (2/20) and Yuzvendra Chahal (1/12) were outstanding in the middle overs and gave nothing away. There was no Russell special either as the all-rounder perished for a 10-ball 16. Every RCB bowler picked up at least one wicket, with Isuru Udana getting the key scalp of Russell.