RR fights to stay alive in the tournament

RR fights to stay alive in the tournament

Flashback to the previous edition of IPL. Rajasthan Royals, still in with a chance to make it to the playoffs, defeated Royal Challengers Bangalore in their last league game to keep their hopes alive. Next day, they received a huge favour from the then, Delhi Daredevils who beat Mumbai Indians on the final day of the league stage and made way for them to finish on the fourth spot.

Not much seems to have changed this season as well as Rajasthan will once again approach their last league game with slim chances of finishing in top 4. And once again, they will need a favor from the now, Delhi Capitals, their opponent for the game (and will need the results of some other games to go their way).

On the other hand, Delhi would be keen to lift themselves after a lacklustre performance in Chennai. Having already qualified for the next stage, a victory will provide them a chance to finish in the Top 2 handing them the advantage of having a second bite at the cherry to reach the final.

The last game was a harsh reminder for the Capitals that they don’t enjoy playing on low and slow surfaces. Unfortunately, that is what their hometrack has offered them this season. They lost three out of their first four games at home before understanding the dynamics of the stadium and getting back on track winning their last two encounters at the Kotla.

One key aspect of Delhi turning it around at Kotla has been their batting performance during the field restrictions. Knowing it will become hard to score once the ball becomes soft, the Capitals have scored at over 9 runs per over in their last 2 games which has ended in victory. In comparison, their run rate during the powerplays in their first four games was only 7.25 runs per over.

Shikhar Dhawan has turned it around with the bat has played a pivotal part in Delhi’s resurgence at Kotla and in their run towards the playoffs. 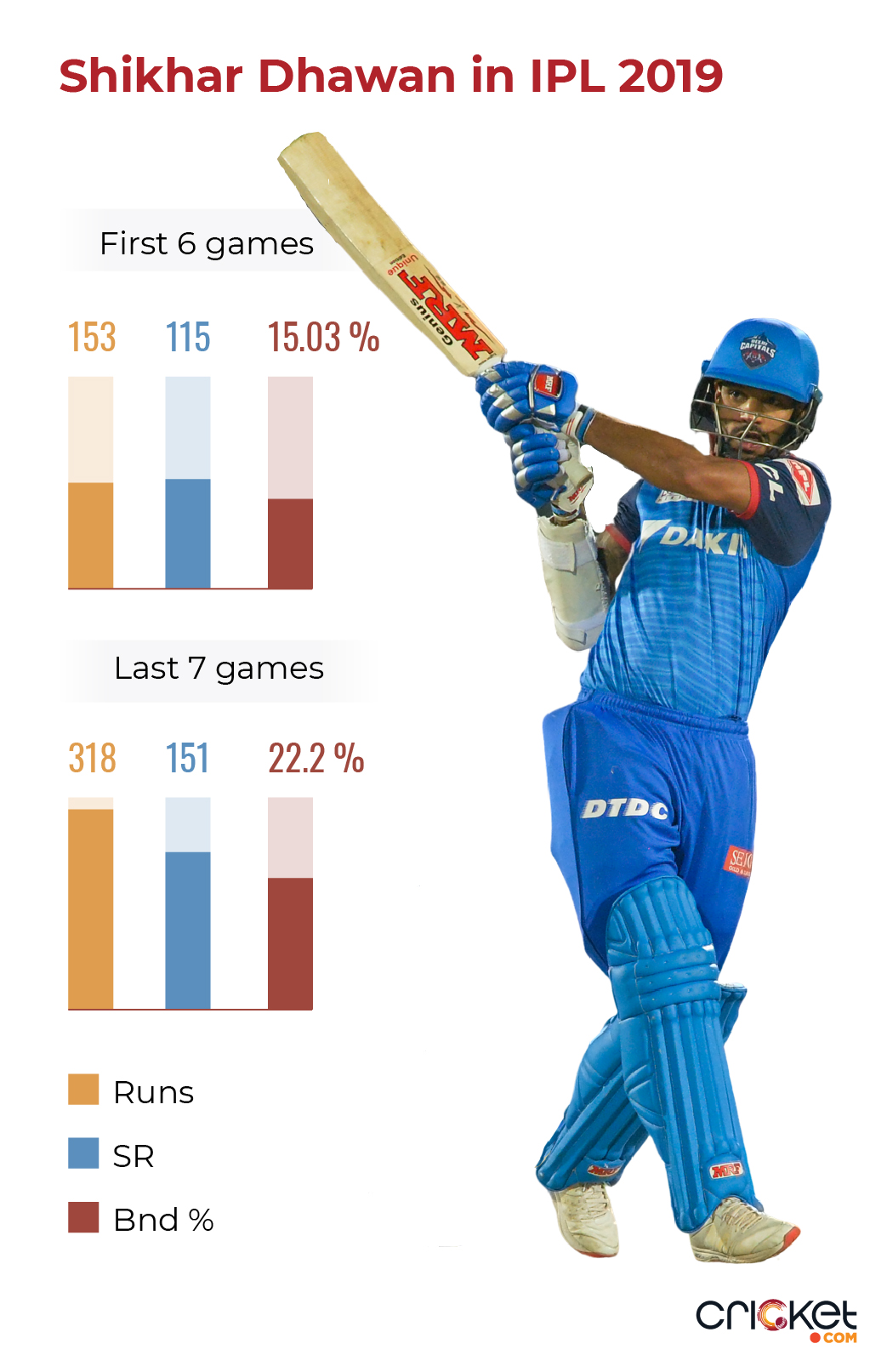 While Dhawan has picked up the rate in the first half of the innings, the final phase of the innings - death overs - has been a concern for them. They have lost 41 wickets at the death, the most amongst all sides. While its not evitable to lose wickets during the slog overs in a T20 game, it has hindered the process for Delhi keeping their run-rate down to 8.67 in this phase - the worst amongst all sides which reflects their inability to keep up with the momentum.

In the opposition camp, Rajasthan who are searching for their sixth victory of the season have won all their five games chasing this season. With the kind of players they have, chasing a total will once again put them in a better position than setting a target.

On the bowling front, both sides have a potent bowling attack to make use of the generally sluggish 22-yard strip at the Kotla, which has been one of the best tracks for spinners this season. 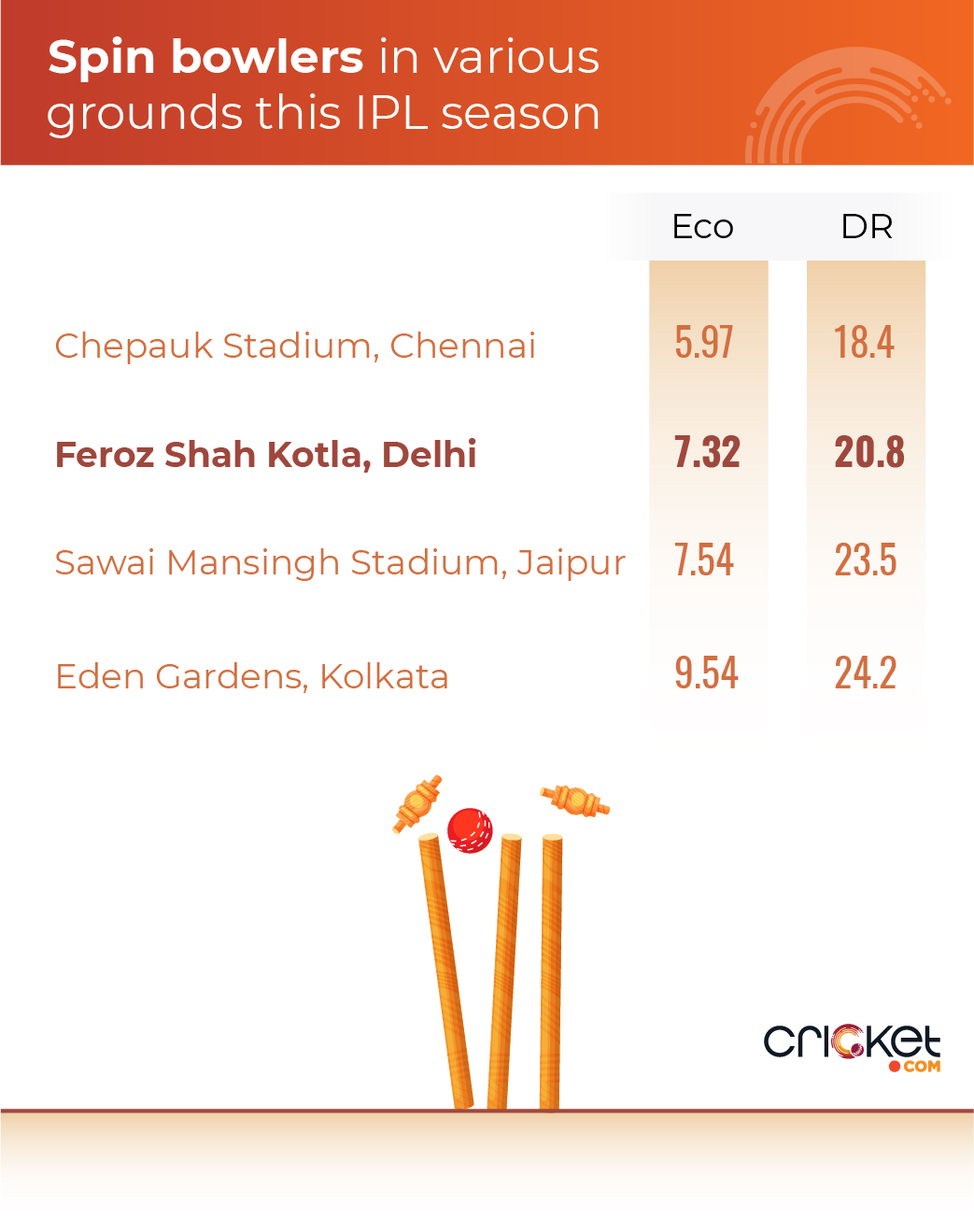 The Royals have also gone for a refreshed look in their fast bowling department by unleashing both Varun Aaron and Oshane Thomas after the departure of Jofra Archer. But whether they achieve a similar kind of success in the low and slow Delhi track, like they did in Jaipur and Kolkata, remains to be seen.

Contrary to the their batting woes, Delhi Capitals has been excellent with the ball in the death overs. They have taken the most number of wickets in the death (37) with a highly impressive economy of 9.52 runs per over.

But here is the major deal-breaker for Delhi - they won’t have the luxury of Kagiso Rabada now who has been called back by Cricket South Africa due to back spasms. Rabada has been a major contributor to Delhi’s fortunes this year with 25 wickets to his name - the purple cap holder in the season at the moment. Moreover, he has 19 wickets to his name at the death - more than 50% of the total wickets taken by Delhi in that phase. 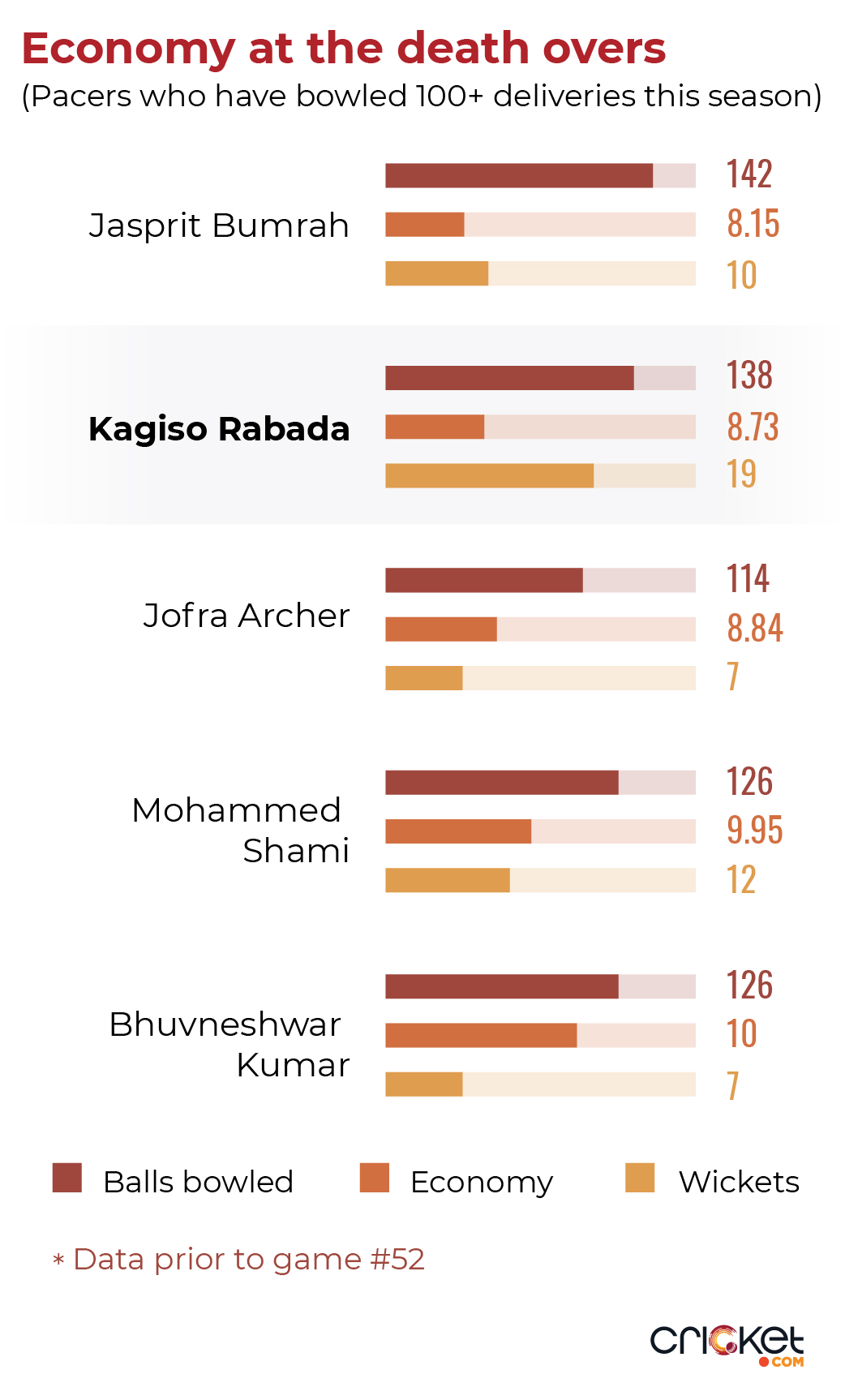 Delhi got a glimpse of their bowling prowess in the previous game where they were not even half as good as they have been throughout the tournament and Chris Morris and Co. will need to pull up their socks in the absence of their talisman.

With Rabada gone, Delhi can stop juggling between Chris Morris and Sandeep Lamichhane and can field both of them in the same XI. Boult is likely to sit out at the expense of Ishant Sharma and Jagdeesh Suchith, who did a reasonably good job at Chepauk may have to make way for Sandeep Lamichhane.

After losing Jos Buttler, Ben Stokes and Jofra Archer, the Royals have also lost their skipper, Steve Smith. That leaves them with exactly 4 overseas players in their squad and given the sluggish nature of the Kotla track, Ish Sodhi can play his second game of the season. Or they can just fill Steve Smith’s shoes with Ashton Turner. Rahane who was axed as captain will lead the side for the final league stage match.