Steven Smith was appointed RR captain for the rest of the season ahead of this match.

Rajasthan Royals’ (RR) new era begins with them clinching a 5-wicket win over Mumbai Indians (MI) in Match 36 of the Indian Premier League (IPL) 2019 at Jaipur. RR broke the news of Steven Smith’s appointment as their new captain just a few minutes before the toss, sacking Ajinkya Rahane, who had managed to lead his team to two wins from eight matches at the helm. As it turned out, it was Smith, who played a vital innings to guide his team home. He has not been in the best of forms this IPL, but has come good at the right time to still keep RR in the hunt for a place in the playoffs.

Also, RR’s premier batsman Jos Buttler will not take any further part in the tournament as he has flown home for the birth of his child, following which he will join his England teammates as they prepare for the World Cup.

With this win, RR have remain in seventh position from nine matches, two points clear of Royal Challengers Bangalore (RCB). MI on the other hand had a chance to go top with a win today, but remain second with 12 points from 10 matches, two behind leaders Chennai Super Kings (CSK).

Coming to this match, it was Quinton de Kock, who gave MI a respectable total, as his 47-ball 65 was the only positive knock from his side, barring Suryakumar Yadav’s 34 off 33. Hardik Pandya received a couple of reprieves from Jofra Archer as the all-rounder smacked two fours and a six on his way to a 15-ball 23. In the end, a total of 161 did not seem enough for MI to defend and a couple of sensible knocks from RR eventually saw them home. Credit has to be given to Archer, especially the way he bowled at the death and also Shreyas Gopal, who continued his good run of for to finish with 2 for 21.

Other than Smith (59* off 48), who brought up his second fifty of the season off 40 balls, it was Sanju Samson (35 off 19), who had gotten RR off to a good start, which saw them go at 10 an over in the powerplay. 17-year-old Riyan Parag, playing only his second game of IPL, relieved a lot of pressure with his excellent strokeplay and at a point looked set to outscore Smith. Smith held one end up, keeping the scoreboard ticking, while Parag was not afraid to take on the bowling – be it Hardik Pandya, his brother Krunal or leggie Rahul Chahar, who picked up the first three wickets to fall and finished with 3 for 29 from his four overs. Parag was eventually run-out for a well compiled 43 off 29, bringing an end to a wonderful 70-run stand between him and Smith for the fourth wicket.

When Roger Binny got the wicket of Suryakumar Yadav for 34 in the 14th over, MI’s win % dropped by 7, but they still had a 60% chance of winning the game. However, it dropped down to 51, when gave away just two runs in the 16th over. 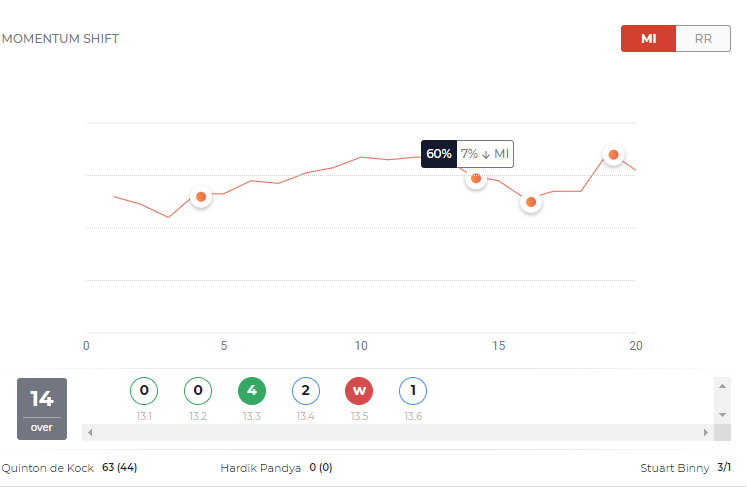 Twin strikes from Rahul Chahar in the eighth over of the RR innings to dismiss Ben Stokes and Sanju Samson saw a 21% dip in RR’s chances of winning, which was the most in the entire innings. However, by the end of the ninth over, RR’s win % was as high as 71% and in the end they eased to an easy win off the final over.

For more such insights, check out the Criclytics  engine of our website. 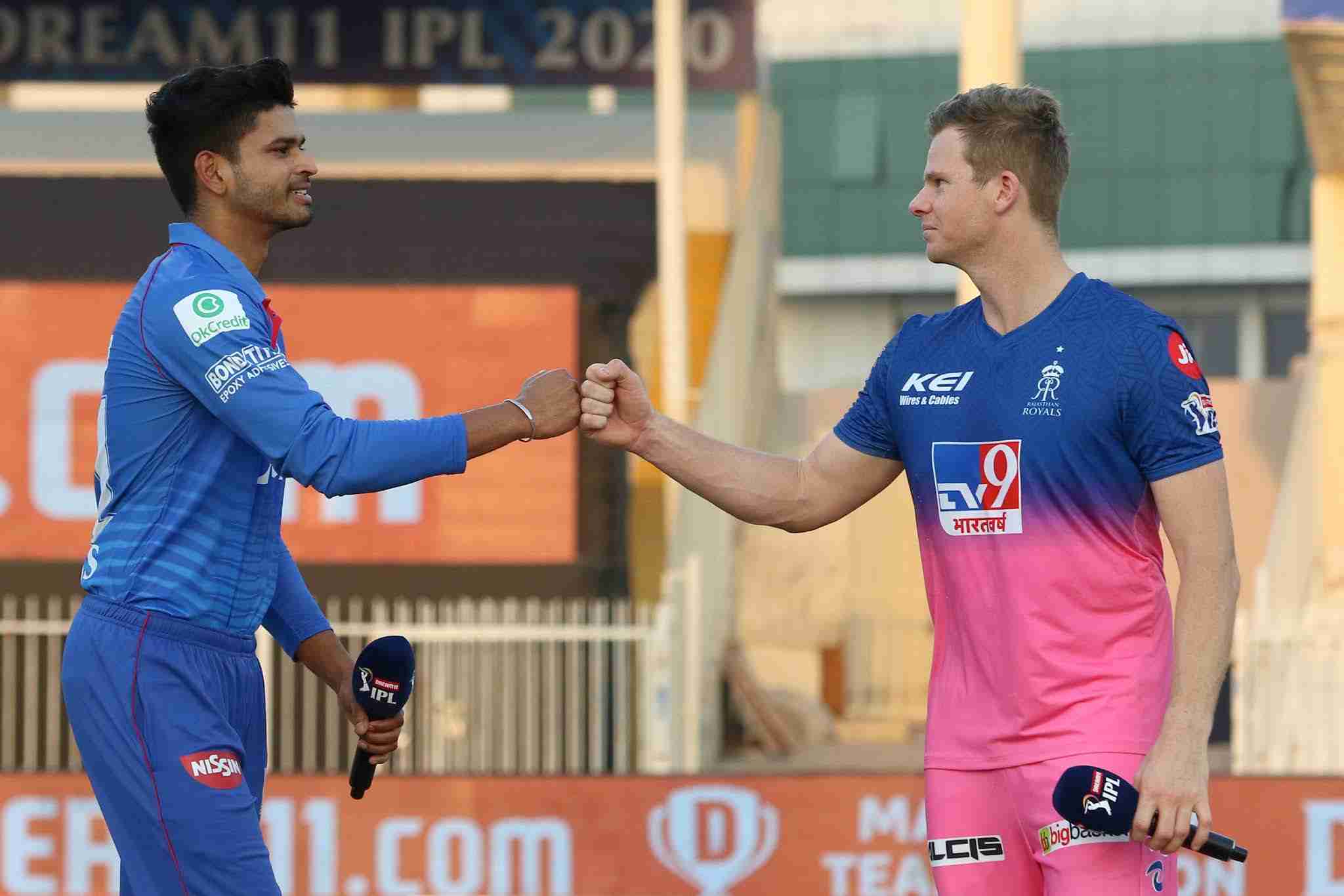