Russell the cynosure as CSK lock horns with KKR 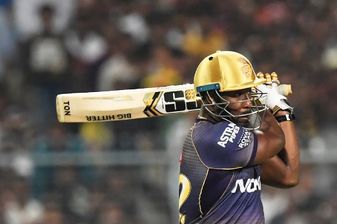 Russell the cynosure as CSK lock horns with KKR

Chennai Super Kings take on the Kolkata Knight Riders in a battle of No. 1 vs No. 2 at Chepauk. Thanks in large part to the heroics of Andre Russell, Kolkata are at the top of the points table, with CSK in 2nd. Each team has won four matches in the IPL 2019 season, with Kolkata higher on the table due to their superior net run rate.

The average score for a team batting first at MA Chidambaram Stadium in T20s last year was at 202 runs, which is par for the course particularly for a team with the batting prowess KKR possess. This year so far, the first innings scores at Chepauk averaged a low 135 runs, in no small part due to the IPL-opening CSK vs RCB match, which saw the visitors set a target of 70 runs for the home side.

Given that serious drop in average first innings scores into this season, one could safely infer that the pitch has slowed down, and has a lot in it for the spinners. Indeed, Chennai’s own spin trio of Harbhajan Singh, Ravindra Jadeja and Imran Tahir have consistently wreaked havoc on their  oppositions. Spinners for the CSK have gone for fewer runs than pace at Chepauk, with Harbhajan  Singh perhaps the most in-form of all, clinical in the powerplay. The “turbanator” averages only 6 runs an over in the beginning phase of the match, and his tight bowling gives him a low 9.52% boundary percentage.

What Chennai have going in their favour is consistent bowlers across phases of the innings. The  pick of CSK in the power play has to be Deepak Chahar, who has an economy of 5.80 runs in the power play and is a dab hand at taking wickets; he has taken four during the power play overs. While Harbhajan Singh is the best in the middle overs, giving away a concise 5 runs an over in that phase, it is Imran Tahir that Chennai should, and will, look to in this part of the innings. With an economy of 5.33, Tahir takes most of his wickets during the middle phase of the innings. If Chahar is able to bundle out the KKR top order quickly, the visitors may choose to send Russell in earlier, which could spell trouble for CSK.

Russell has been in devastating form this season bludgeoning bowlers to all parts of the park. Many have been left clueless when dealing with the West Indian but trends show that even Dre Russ has his Achilles heel. Bowling short or back of a length upward of 132km has been the ideal tactic to keep the all-rounder quiet.

CSK’s best weapons to counter the Russell threat will be Scott Kuggeleijn and KM Asif. But the two pacers may not be as effective going by the fact that Kuggeleijn went for plenty against Kings XI when he tried pacy deliveries, and Asif is yet to get a look in this season.

But where CSK are rich in quality spin, so too are the Kolkata Knight Riders. And for the KKR, the pick of their bowling - and indeed, some of their batting, is Sunil Narine. Fresh off a 25-ball 47 against Rajasthan in Jaipur, Narine was also among the most economical bowlers for KKR, giving
away only 22 runs in his spell. Narine has this year been the pick of the power play bowlers for CSK, going at a tight 6.50 runs an over in that phase of the innings. Ably backed up by Piyush Chawla, who is fairly restrictive at 7.87 in the middle-overs, what KKR truly have is a death specialist in the form of Kuldeep Yadav, who goes at only 5.47 runs an over in the death but most significantly takes consistent wickets - and with a 4.34 boundary percentage, has the highest death bowling of anyone on the KKR side - and indeed, a significantly low boundary percentage - only 4.34% - at the death. Given the spin-friendly nature of MA Chidambaram stadium, it will come down to the spinners - a resource both teams are rich in, this time around. This promises to be a tight match.

CSK and KKR have played a total of 21 matches against each other, with 12 won by the Chennai Super Kings and 8 by the Knight Riders (1 abandoned game). Chennai have done better at home, however, winning six of the 8 IPL ties they have played against the Knight Riders at Chepauk. This, now, may come down to the CSK’s familiarity with the pitch. Indeed, the last match between the table-topping pair in Chennai would end up being a 202-run target set to the home team, one that two of their biggest names - Dwayne Bravo and Ravindra Jadeja, would wrap up eventually in the final over. Given the home advantage, this match looks to be tilted in favour of the Super Kings, but there is significant quality to be seen on both teams, promising a close contest regardless of the victor. 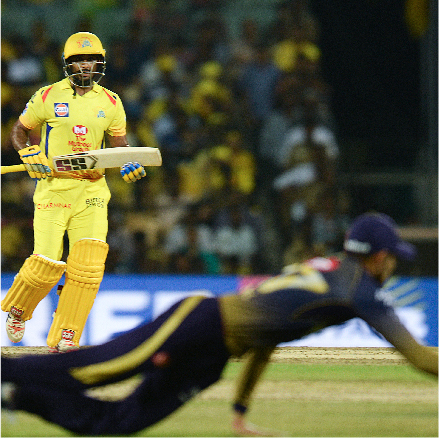