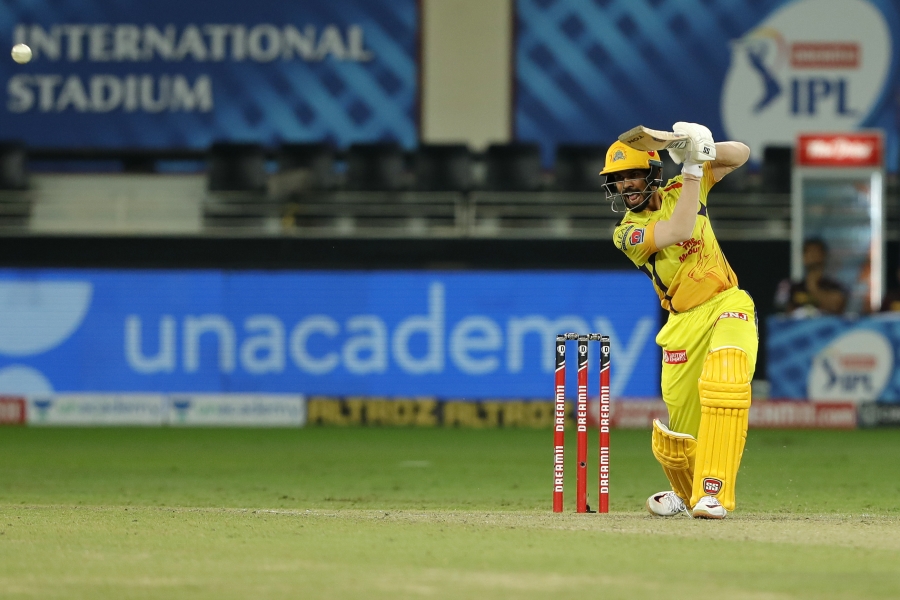 Chennai severely dashed Kolkata's hopes of a playoff spot with a win in match 49 of IPL 2020 between the two sides. Here are the statistical highlights from the game:

At last, Kolkata Knight Riders opening pair came good, is it too late though? Time will tell. Coming to the point, KKR were a dismal batting team in the first six overs. Prior to their crucial match against Chennai Super Kings, KKR batsmen were losing wickets every 22.4 runs in the Powerplay, which was the worst for a team. But, at a crunch time, the KKR opening partnership posted their first 50-run stand of this season. To add more, this was the first time in this season that KKR openers played out the Powerplay without being separated. 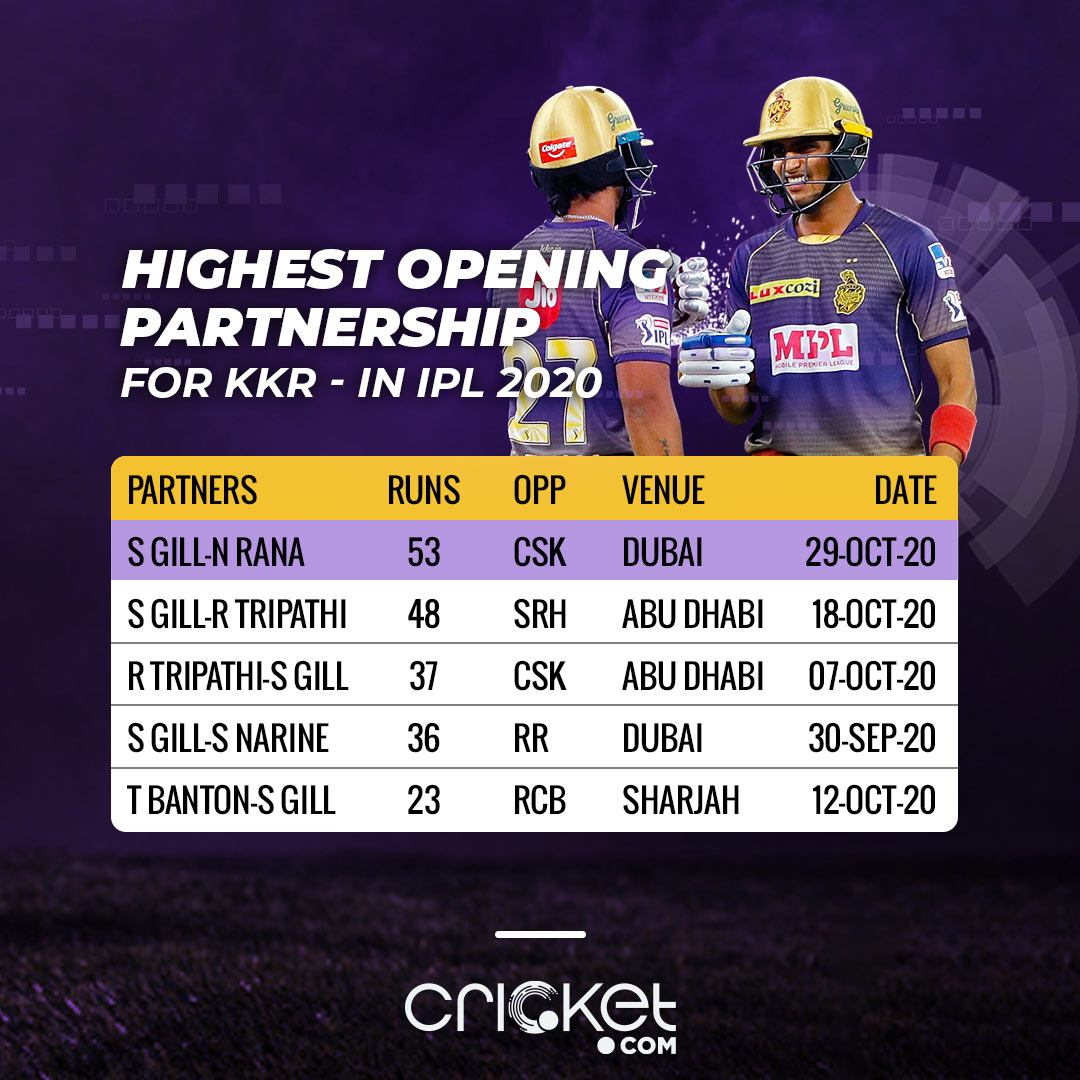 Highest score for Nitish Rana in the IPL

Since the time he has started to open the innings for KKR this season, Nitish Rana’s performance has been a mixed bag. In his first innings as an opener, he scored a magnificent 81 against Delhi Capitals that helped them post a big total. Then he followed it up with a golden duck against Kings XI Punjab. Against CSK in his third as an opener, he amassed 87 runs, which is his career-best in IPL. Previously against Royal Challengers Bangalore in 2019, he had scored an unbeaten 85 in Kolkata, which was his highest then. 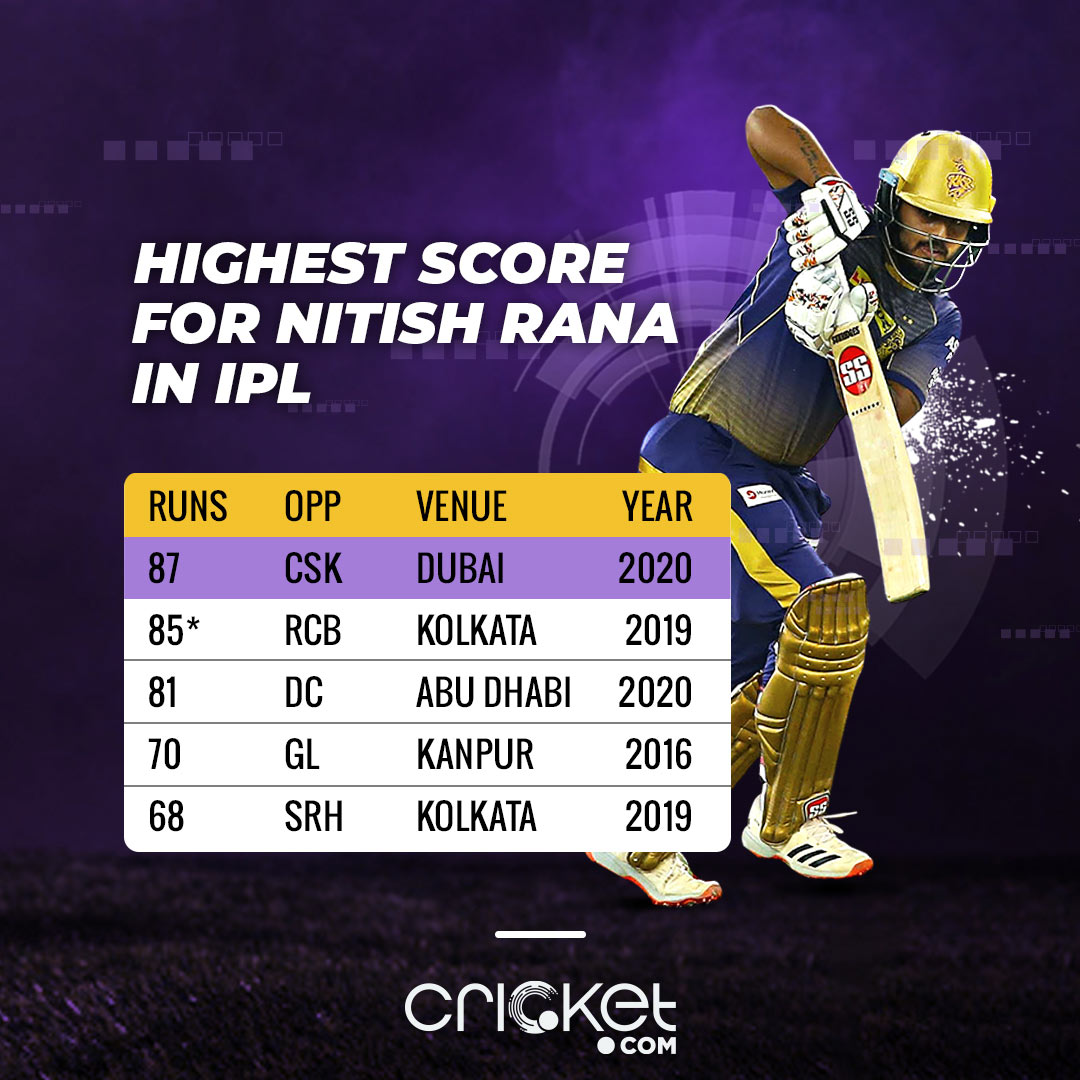 On the back of a golden duck in the previous match, Rana was very cautious at the start in his match against CSK. In his first 10 balls he scored at a strike rate of 60 and then in his next 20 balls he managed to score at a strike rate of 120. He brought up his half-century off 44 balls, which is the slowest for a KKR batsman this season. Shubman Gill had registered a 42-ball half-century against KXIP in Match 24, which was the slowest prior to Rana’s. 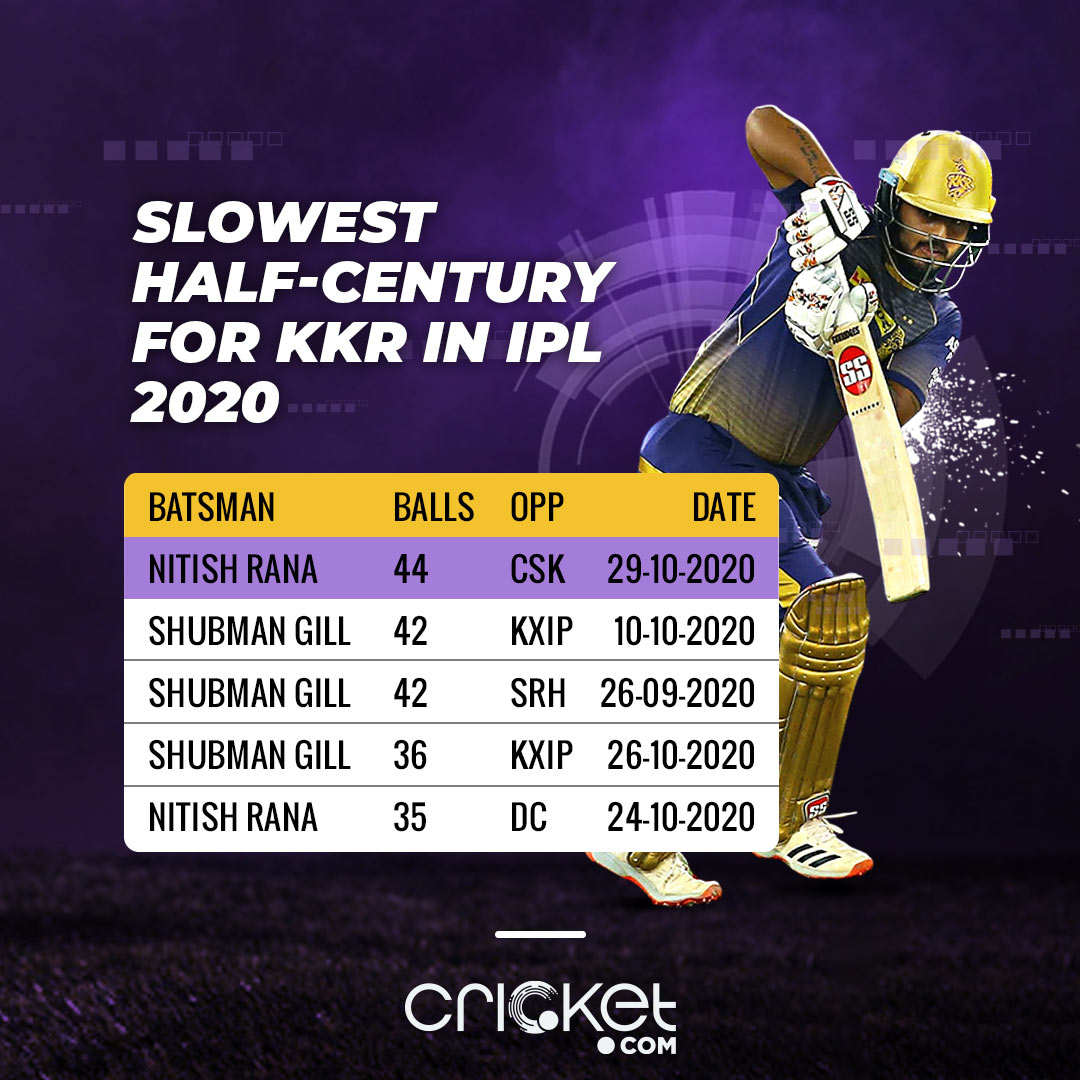 It took a few innings, but a big innings was on the cards for Ruturaj Gaikwad. The batsman who originally hails from Maharashtra, had a disastrous start to his IPL career when he was dismissed off a duck in his first two innings. However, Gaikwad’s breakthrough came against RCB in his previous match when he guided CSK to a win with an unbeaten 65. The confidence from that innings was oozing when he came out to bat against KKR. Against KKR, went on to register his second IPL fifty. His sublime innings of 72 consisted of six fours and two sixes. The 72 runs scored by Gaikwad is the most by an uncapped CSK player in IPL. 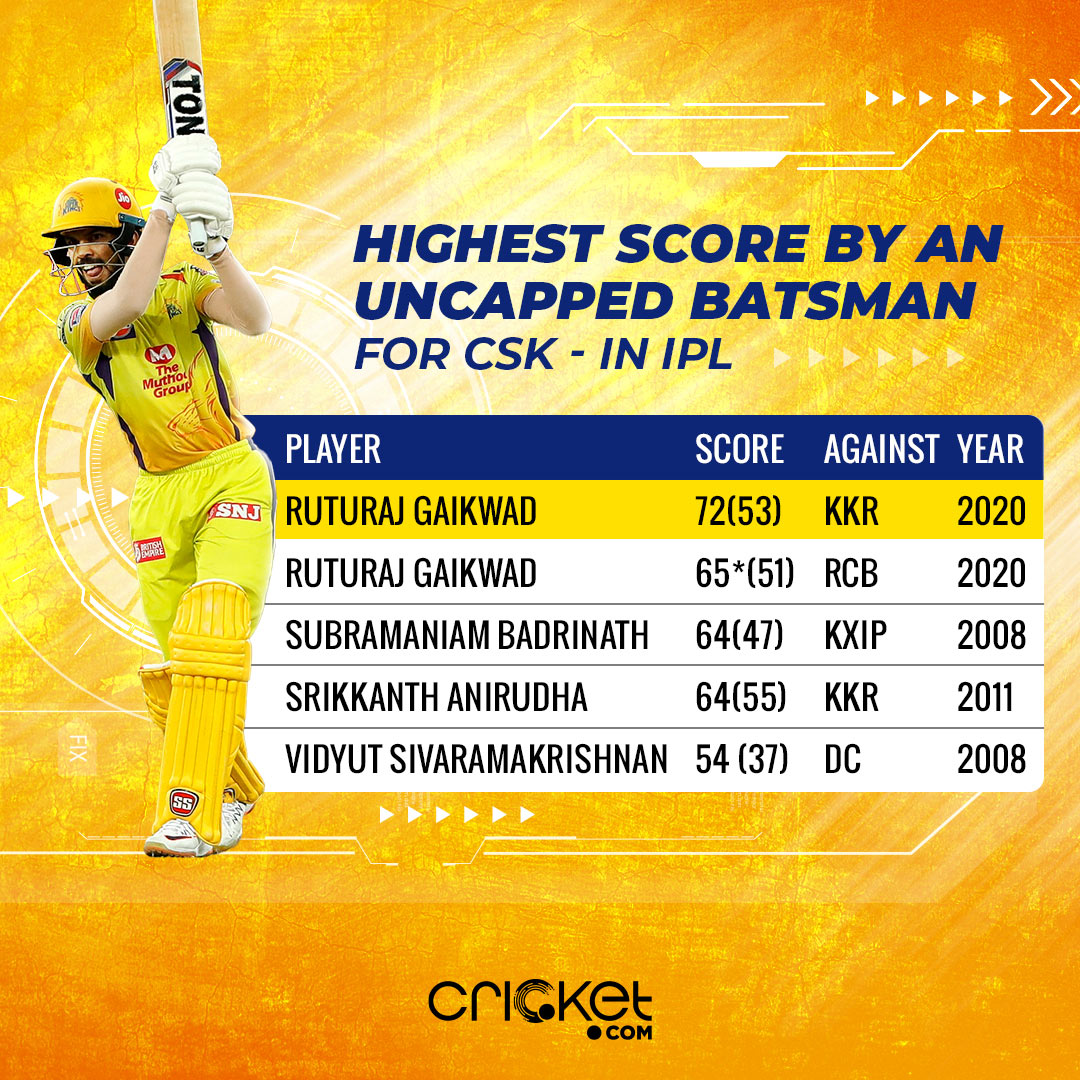 With MS Dhoni batting lower down the order, it is understandable why there are long dry runs of half-centuries. On another note, it is fair to say that he has missed a couple of opportunities this season. In any case, it is rare to see Dhoni miss out on opportunities. For 17 consecutive innings, the wicketkeeper-batsman has failed to post a half-century, which is his second longest streak of 50-less innings. His biggest streak is from April 2015 till May 2016, in which he had played 26 innings without a half-century to his name. 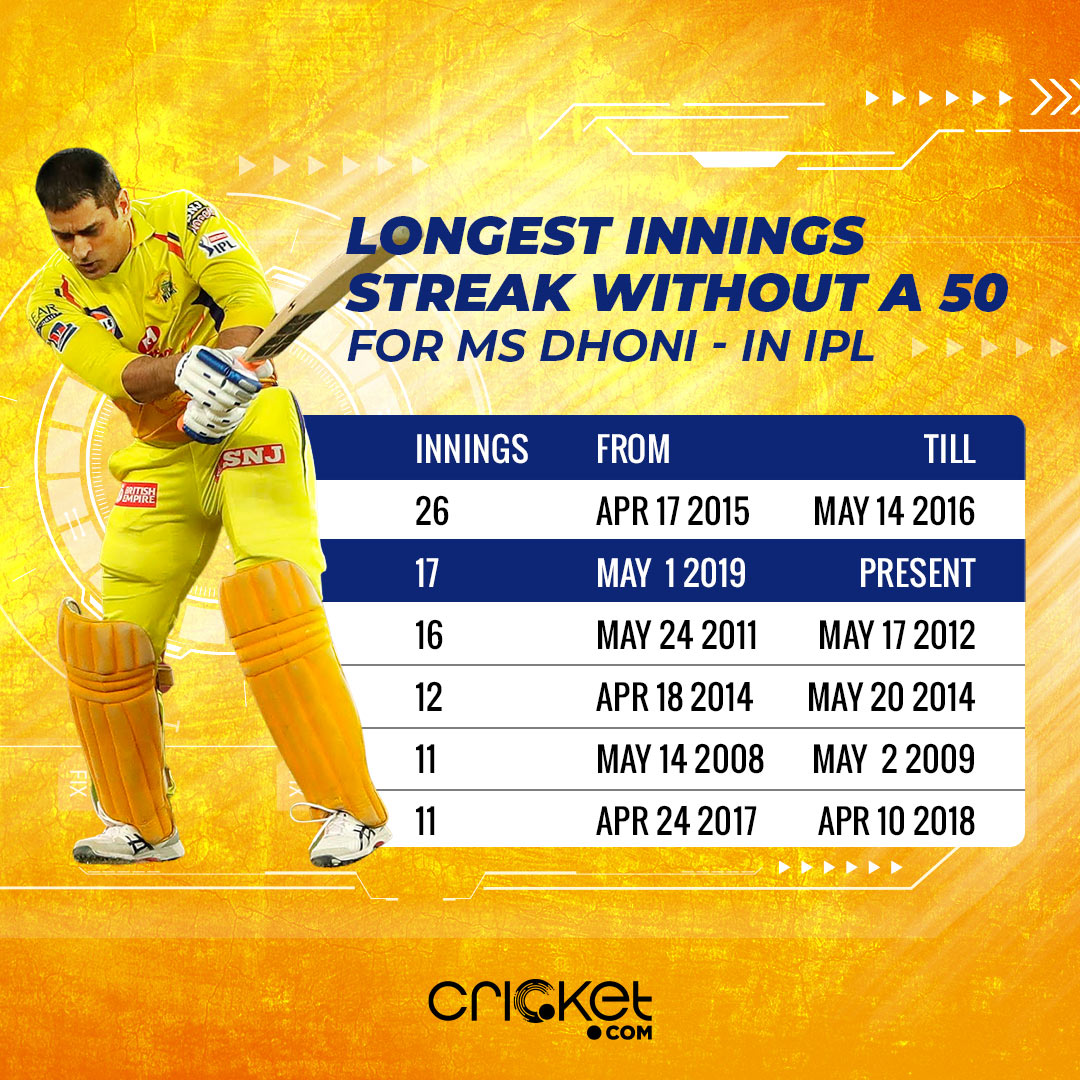