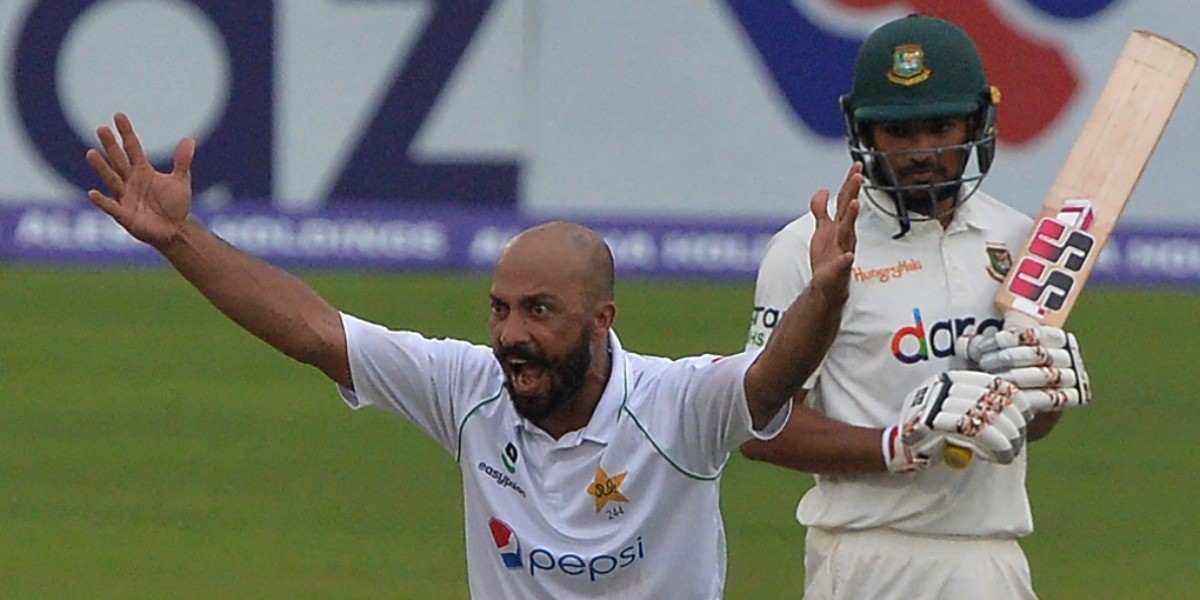 Pakistan off-spinner Sajid Khan registered his maiden five-wicket haul on Day Four of the second Test against Bangladesh to set up an exciting final day at the Shere Bangla Stadium in Mirpur.

Sajid finished the day with figures of 6 for 35 restricting Bangladesh to 76 for 7 before bad light forced early stumps. Shakib Al Hasan was unbeaten on 23 alongside Taijul Islam (0) at stumps, with Bangladesh still needing 25 runs to avoid the follow-on.

Pakistan lost Azhar Ali (56) and Babar Azam (76) in quick succession on Day Four, but Mohammad Rizwan (53*) and Fawad Alam (50*) ensured that it did not trigger a collapse. They put on an unbeaten 103-run stand for the fifth wicket and Pakistan declared their innings at 300 for 4 after resuming the day on 188 for 2.

Rizwan rode his luck a little bit as he was given out twice, on zero and 12, off the bowling of Ebadot and Taijul Islam respectively, but on both occasions he survived on review.

Pakistan's move to declare was further vindicated when Sajid took Mahmudul Hasan and Mehidy Hasan for ducks along with Shadman Islam (3), Mushfiqur Rahim (5), Liton Das (6) and Najmul Hossain (30), while skipper Mominul Haque was run out for one.

Shakib fought back with some aggression of his own to hit three fours and survive a run-out chance to give some small relief for Bangladesh.

Only 63.2 overs of play were possible in the first three days because of rain and bad light. Pakistan lead the two-Test series 1-0 after an eight-wicket win in Chittagong.