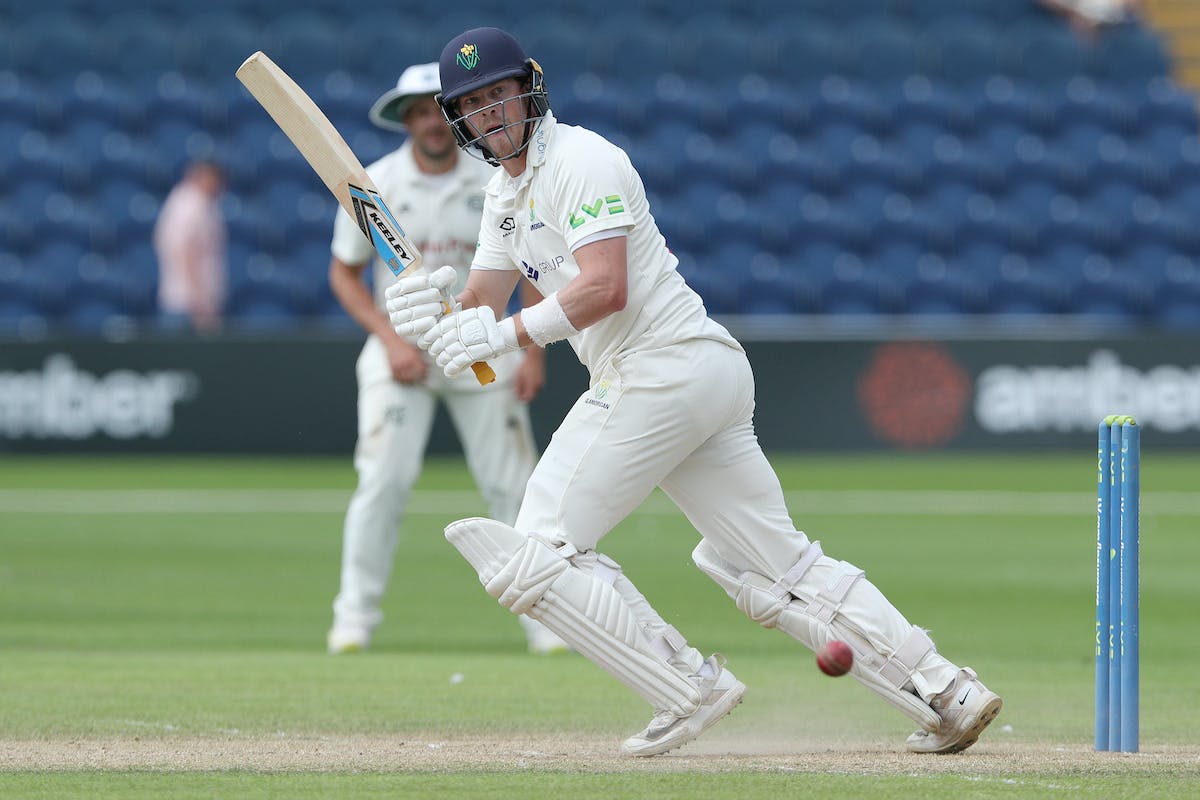 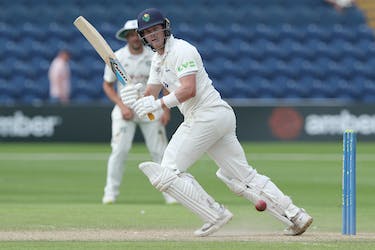 Glamorgan batter Sam Northeast reached 410 not out against Leicestershire in the English County Championship on Saturday -- the ninth-highest first-class score of all time.

Northeast's innings, in a mammoth team total of 795-5 declared, is just the 11th individual score of 400-plus in the history of first-class cricket and is the highest of the 21st century. The 32-year-old went to his 400 with a six back over the bowler's head, following up with another six from the next delivery.

In total he faced 450 balls, hitting 45 fours and three sixes, with his team declaring at the lunch interval in Leicester. Northeast now has the third-highest score in the history of the County Championship, which dates back to 1890.

Glamorgan led by 211 runs at lunch on the final day of the four-day match in division two of the County Championship, with the declaration depriving Northeast of the chance to chase down more records.

Northeast's partnership of 461 runs for the sixth wicket with Chris Cooke, who was 191 not out when the declaration came, is the highest for any wicket in the county's history.

The all-time record for a first-class match is Brian Lara's 501 not out for Warwickshire against Durham in 1994. Lara also scored 400 not out for West Indies against England 10 years later -- the only other score of 400 in this century.

Aside from Lara's 501, the only other individual score higher than Northeast's in the County Championship is Archie MacLaren's 424 for Lancashire against Somerset in 1895.