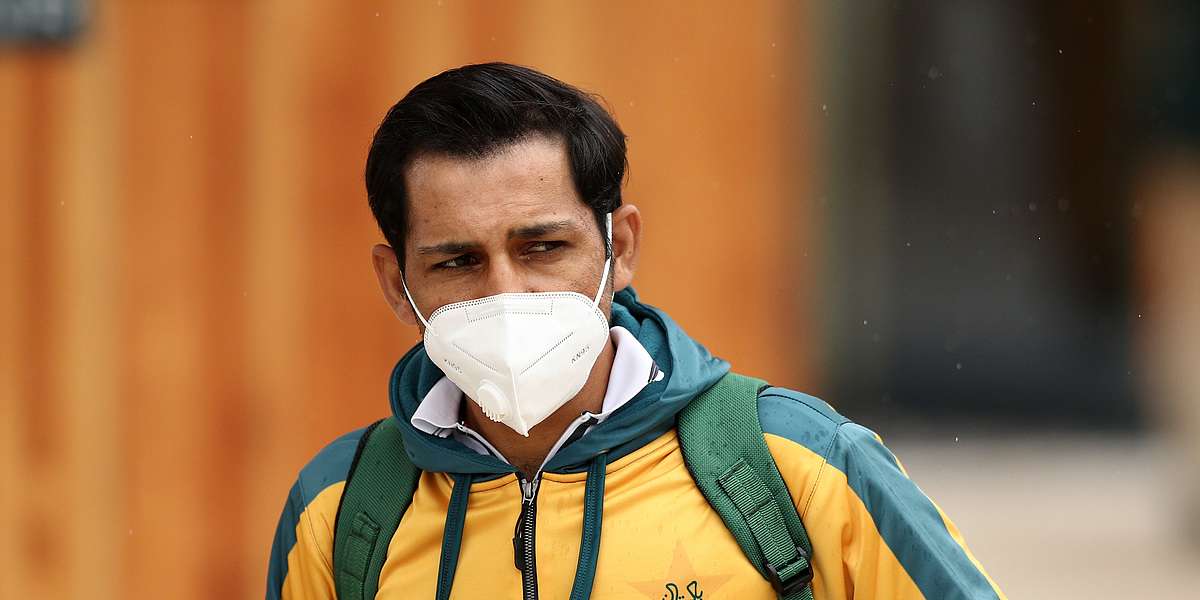 Raja feels the presence of Sarfaraz in the squad also adds pressure on Mohammad Rizwan, who kept wickets for Pakistan in the first Test

Sarfaraz, a former captain, was seen performing the duties of 12th man in the series opener between England and Pakistan in Manchester.

"In my book I am clear once you have been captain and remained on a pedestal then it is very difficult to come down and be on the bench," Raja, who is also a well-known commentator, said on the Youtube channel, 'Cricket Baaz'.

"I would advise Sarfaraz to think about it and retire from Test cricket and just focus on white-ball cricket, a format in which he is very good and known for his aggression," he added.

Raja, who featured in 57 Tests, said a former captain and senior player of Sarfaraz's stature carrying drinks, although not rare in cricket, is frowned upon in Pakistan.

"There is nothing wrong with that because even James Anderson carried drinks when he didn't play in the second Test against West Indies. But in our cricket culture these things are not looked upon nicely and if they involve a former captain," Raja said.

"I don't see him getting a chance in the Test format soon so he should focus on white-ball cricket where he will play and be respected as well," he added.

Raja feels the presence of Sarfaraz in the squad also adds pressure on Mohammad Rizwan, who kept wickets for Pakistan in the first Test.

"He being in the Test squad also adds pressure on Mohammad Rizwan who knows there is a former captain keeper breathing down his neck and that is not good for him. I think Sarfaraz should not be on the bench. He should call it a day from Test cricket."

Sarfaraz was removed as captain from all three formats last year in a sudden move by the Pakistan Cricket Board but made a comeback to the national squad for the tour of England due to the unusual circumstances arising out of the COVID-19 pandemic.

Under his captaincy Pakistan reached the number one position in the shortest format of the game.

Raja feels Pakistan has a good chance of bouncing back in the three-Test series as England will be missing the services of its star allrounder Ben Stokes for family reasons.

"Stokes is the world's top allrounder with bat and ball and a game changer. I think Pakistan can definitely take advantage of the situation."

Talking about the match, Raja said he was disappointed to see Pakistan pacers not bowling short pitched balls to Jos Buttler and Chris Woakes.

"It is frustrating to digest the defeat after having dominated the Test for majority sessions," he said.

"I was surprised Jos Buttler, who was under pressure to get runs, to keep his place in the England team and Chris Woakes,who is primarily a tailender, were not tested by short pitched balls and the fast bowlers.

"Even the field settings for them when Yasir (Shah) was bowling were not good enough."