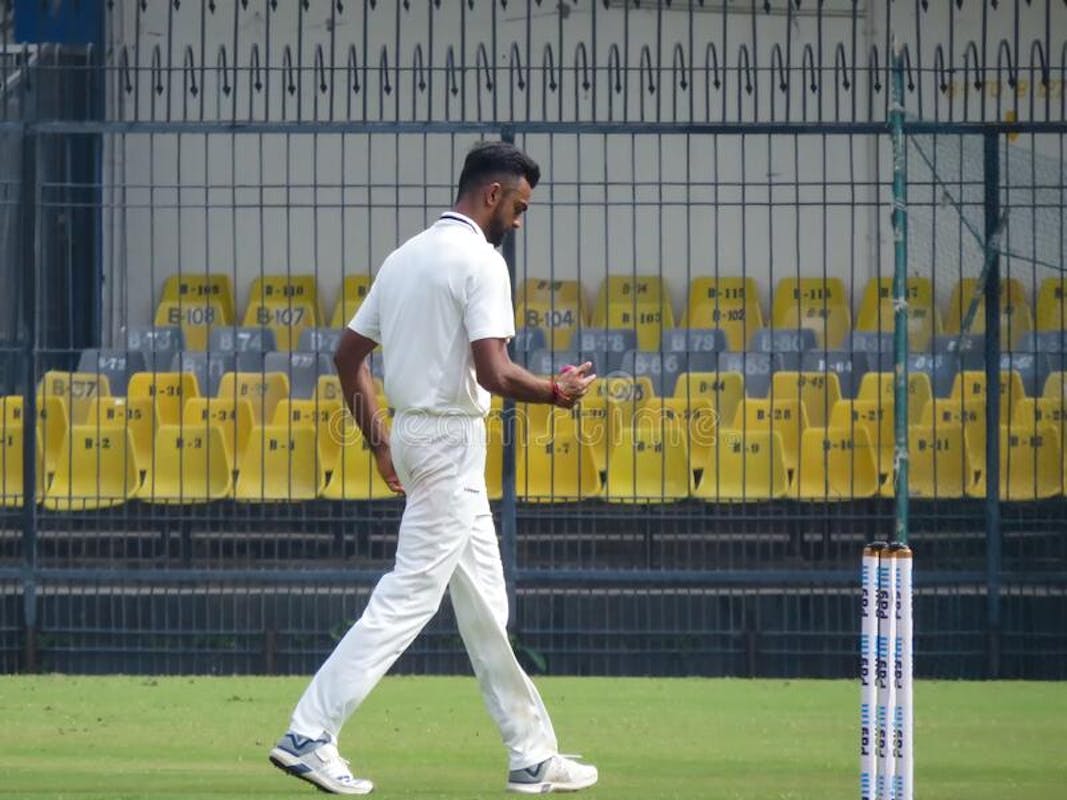 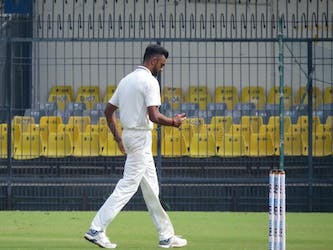 The Unadkat-led side will begin the fourth day 92 runs ahead, the skipper himself batting unbeaten on 78

Sheldon Jackson (71), Arpit Vasavada (55), Prerak Mankad (72) and Jaydev Unadkat (78*) all struck half-centuries as a resistant Saurashtra frustrated the Rest of India bowlers on Monday to live to fight another day.

The 2019/20 Ranji champions began Day 3 on 49/2, trailing ROI by 227 runs, and the contest looked like it was headed for an early finish as Saurashtra lost three wickets inside the first seven overs of the day, including the big one of Cheteshwar Pujara. The wrecker-in-chief for ROI was Kuldeep Sen, who accounted for all three wickets to fall in the first 30 minutes. Sen first bowled Chirag Jani, before getting the big fish Pujara to nick one to the keeper. He then dismissed nightwatchman Dharmendrasinh Jadeja to reduce Saurashtra to 87/5.

But with a three-day finish looking inevitable, the Saurashtra lower-order showed remarkable resistance to add 281 more runs on the day for the loss of just three wickets.

The platform for the response was set-up by the experienced pair of Sheldon Jackson and Arpit Vasavada, who added 117 runs for the sixth wicket. The duo brought the 2019/20 Ranji champs within 100 runs of parity. But with the duo looking indomitable, Bengal’s Mukesh Kumar provided the breakthrough to dismiss Jackson 29 short of his 20th first-class century.

One brought two as Vasavada fell just five overs later, and for the second time on the day, it looked like an early finish was on the cards. However, Prerak Mankad and Unadkat produced an eighth-wicket partnership for the ages to deny ROI and take the contest into the fourth day.

Saurashtra were still 61 shy of parity when Mankad and Unadkat got together, but a remarkable partnership saw the pair add 144 runs for the eighth wicket. The runs didn’t just come, they came at a rapid rate as the pair added the 144 runs in just 29 overs, Mankad throwing the kitchen sink at the ROI bowlers, striking at 86.74.

With stumps nearing, the possibility of both Mankad and Unadkat going to stumps unbeaten was looking more and more likely, but Jayant Yadav struck three overs before the close of play to remove the former, who perished for 72. Mankad’s wicket brought in No.10 Parth Bhut, but the 25-year-old got through the 11 balls he faced unscathed as Saurashtra ended the day on 368/8.

The Unadkat-led side will begin the fourth day 92 runs ahead, the skipper himself batting unbeaten on 78.