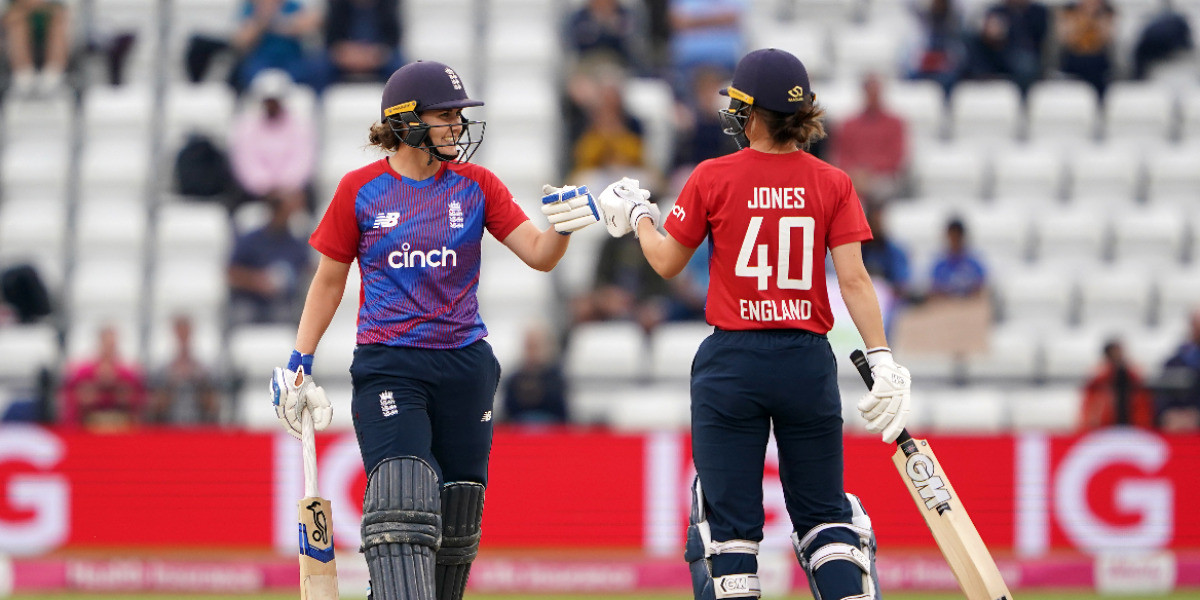 Sciver reached her half-century in only 24 balls. England go 1-0 up in the series

England all-rounder Nat Sciver smashed a record-equalling half-century before the bowlers put the struggling Indian batters under pressure to ensure an 18 run-win for the hosts via the DLS method in the rain-curtailed first T20I against here.Put in to bat, England rode on Sciver's 27-ball 55, which included eight fours and a hit over the fence, and wicketkeeper Amy Jones' 43 off 27 balls to reach 177 for seven in 20 overs.Sciver's sensational fifty was England's joint fastest in the format. In reply, India failed to keep up with the required run-rate despite vice-captain Smriti Mandhana's quickfire 29 off 17 balls before rain gods had the last laugh with the visitors at 54 for three in 8.4 overs, 18 runs behind England via the DLS method.England now lead the three-match series 1-0 and 8-4 in the multi-format points system having lifted the ODI trophy.Chasing 178, India was off to the worst possible start as pacer Katherine Brunt bamboozled the big-hitting Shafali Verma for a duck, leaving India nought for one.However, Mandhana and Harleen Deol (17 not out) got the tourists back on track after the initial upset.With rain on the cards, the duo quickly stitched a 44-run partnership with Mandhana hitting six boundaries, including successive fours off Brunt in the third over of the chase, while Harleen played second fiddle.But Sciver struck soon, getting rid of the dangerous Mandhana in the sixth over.Skipper Harmanpreet Kaur's (1) prolonged lean patch continued as the senior batter became all-rounder Sarah Glenn's first victim in the very next over.The loss of the skipper's wicket in quick succession cost the Indians dear, ensuring that they were well behind in the DLS method.Earlier, veteran pacer Shikha Pandey (3/22) snared three wickets while spinners Poonam Yadav (1/32) and Radha Yadav (1/33) took a scalp each in what was an ordinary bowling effort.Openers Tammy Beaumont and Danni Wyatt gave England a solid start, collecting 48 runs in the powerplay.Radha broke the opening stand in the eighth over as wicketkeeper Richa Ghosh, playing her first match of the series, caught Wyatt attempting a reverse sweep. Initially given not out, the Indians went for the review which showed a big spike on the UltraEdge.After skipper Heather Knight's departure, Sciver and Jones kept the moment going. The duo strung a 78-run stand.Harmanpreet and Harleen pulled off splendid catches in the penultimate over as Shikha struck thrice, getting rid of Sciver, Jones and Sophia Dunkley (1).While skipper Harmanpreet, fielding at long-on, put an end to Sciver's brilliant innings by diving to pouch the ball inches over the ground.Two balls later, Harleen put an end to Jones' innings, as she jumped to take a superb reverse-cupped catch at the boundary above her head before losing her balance.She threw the ball in the air as she stepped out of the boundary rope only to jump back in, diving forward to complete the catch.Skipper Harmanpreet said the team's fielding has improved considerably under the guidance of coach Abhay Sharma but the bowling could have been better."We knew there'd be rain after 8:30 PM. We couldn't make it due to back-to-back wickets. We fielded really well, there's a lot of improvement in our fielding."Shikha did really well in the bowling department. We need to think of the boundaries we're are giving in between overs. If we can work on that, we can stop any team. Every game is important for us, today was unfortunate because of rain," she said at the post-match presentation. 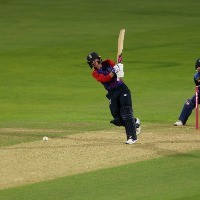 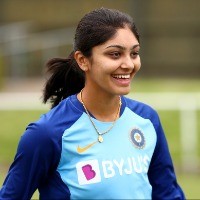 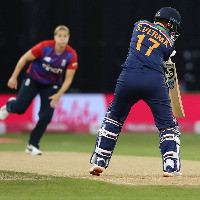 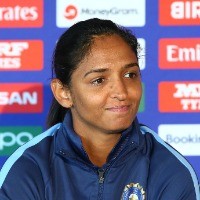 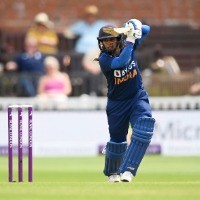 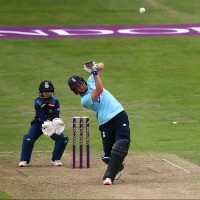