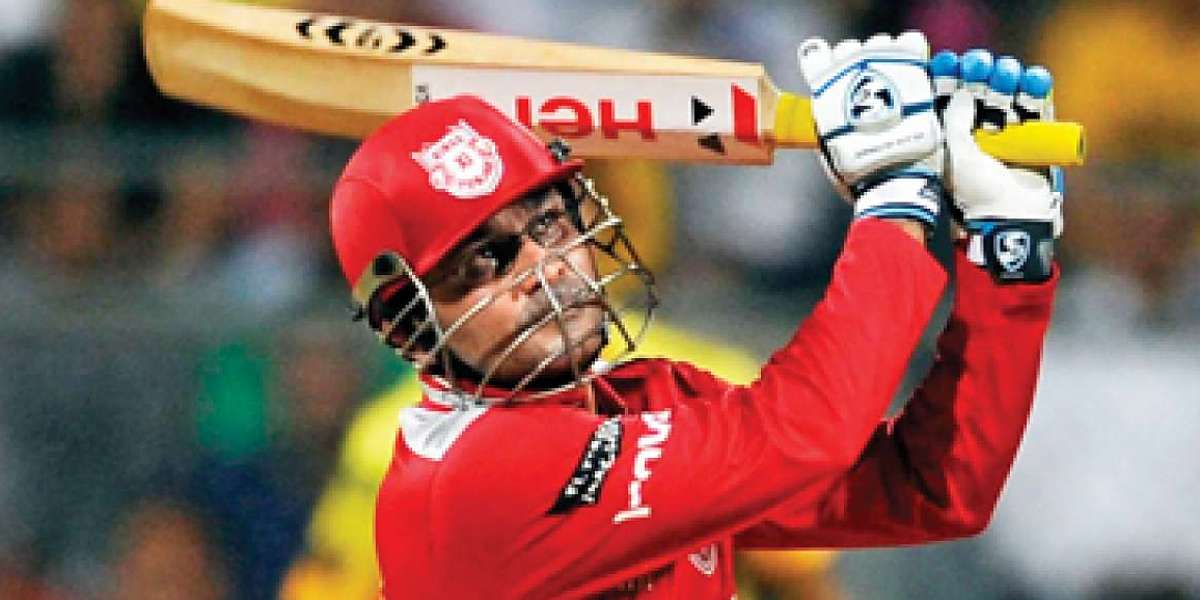 On this day in 2014, the IPL witnessed two of the most destructive innings ever

In a crucial game in the tournament, Kings XI Punjab (KXIP) took on Chennai Super Kings (CSK) in Qualifier 2 of the Indian Premier League (IPL) in 2014. It was a straight knockout where the winner would face Kolkata Knight Riders (KKR) in the final. KKR had won the title in 2012 under Gautam Gambhir’s astute leadership and were chasing their second title. KXIP, on the other hand, had never made it to the final before and as far as CSK were concerned, they had missed out on reaching the final just once – in 2009. Soon enough, “IPL is a competition between seven teams to determine who play CSK in the final” was not just a phrase, but a reality. CSK had been in this situation before and had delivered. It was nothing new for the MS Dhoni-led side, who were in search of their third IPL title.

With general elections in India, the first 20 matches were played in the UAE – with matches oscillating between Dubai, Abu Dhabi and Sharjah. Barring a defeat to KXIP, CSK won all their matches in the UAE, while KXIP had made a perfect start, winning all five of their matches.

KXIP continued their dominance and in the end finished top of the table, having tasted defeat just thrice. Only once had a team finished on top and gone on to win the IPL – Rajasthan Royals (RR) in 2008. CSK in their next nine matches, managed to win five to finish third. KKR trumped KXIP in Qualifier 1 and had booked their place in the final for the second time in three editions. Meanwhile, KXIP had another crack at making it to the final as they finished top two and that match was against CSK, who beat Mumbai Indians in the eliminator.

In Qualifier 2, Virender Sehwag and Suresh Raina went on to play memorable innings – something that is still etched in the minds of cricket fans. The fact that we got to witness both the innings in the same match made it all the more special.

KXIP had defeated CSK twice in the group stage already. On both occasions, they scored in excess of 200 and Glenn Maxwell was their star. He tore the CSK bowling attack to register scores of 95 off 53 in Abu Dhabi and in the next match, which was in Cuttack, he hit 90 off just 38. On both occasions, KXIP won handsomely.

Will they complete a hat-trick or will CSK be third time lucky at the Wankhede? 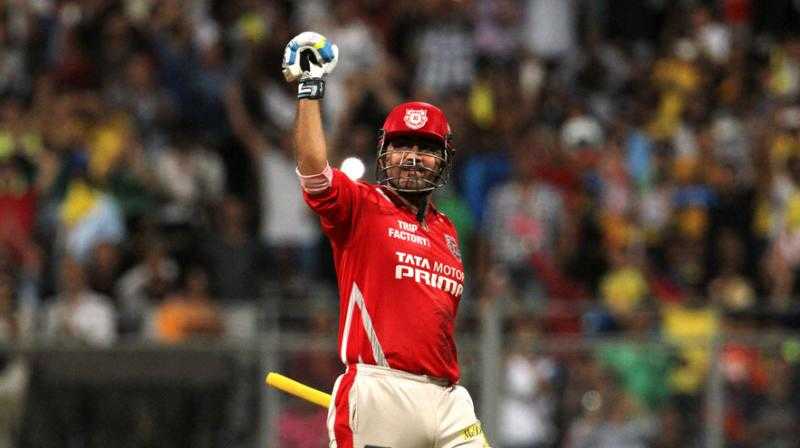 Sehwag did not have the best of tournaments till then, having scored at an average of just 21.73, but George Bailey and the team management continued to back him. Once he crunched Ashish Nehra for a boundary on the off-side, he never looked back. Manan Vohra too eased the pressure on Sehwag by getting the boundaries, but the former really laid into Nehra in the fifth over when he smashed three back-to-back boundaries. Suddenly, Viru had upped the ante and the pressure was on CSK to pull things back. KXIP were 70 for no loss after the powerplay - just the start Bailey and Co. would have wanted. With Bailey, David Miller, Maxwell and Wriddhiman Saha to follow, getting 200 seemed to be a mere formality at that stage.

Runs continued to flow, but the batsmen were a little circumspect when it came to facing the spinners – Ravichandran Ashwin and Ravindra Jadeja. They were happy to knock them around for ones and twos and if an opportunity arose, they took them on.

Sehwag brought up his fifty –his second of the season – off just 21 balls. Sehwag completely took charge from thereon and with Vohra playing a sheet-anchor’s role, KXIP’s 100 came up in the 10th over.

CSK got their first breakthrough when Vohra was caught at deep mid-wicket by Raina for 34 off 31 with the score at 110. That, however, did not stop Sehwag, who continued his special bond with Nehra by smoking two sixes off successive deliveries. He did not spare Ashwin too and quickly moved into the 90s. Maxwell, who was in brilliant form that season, played one shot too many and perished for a 6-ball 13. Miller came in and it did not take him long before he too started going as he smashed Ashwin for a couple of boundaries. Meanwhile, Sehwag brought up his second IPL century off just 50 balls and KXIP reached 176 for 2 from 16 overs. A huge score looked certain.

After conceding 17 and 18 off the next two overs, CSK pulled things back in the final two overs conceding just 15 from them. The wickets of Sehwag (122 off 58) and Bailey (1 off 2) in the penultimate over put the brakes on KXIP’s scoring rate, who still finished with 226 for 6. 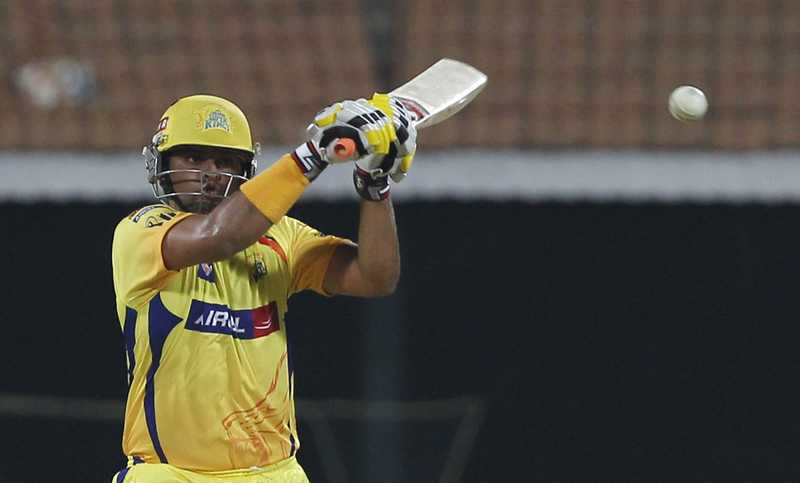 With over 11 runs an over required, it needed a special innings from someone in CSK’s ranks to take them over the line. The chase did not start off well after Faf du Plessis was out first ball. Raina strode in. He meant business right away. He did not spare Mitchell Johnson, Sandeep Sharma or Parvinder Awana. He came in with a mindset to smash every ball out of the park. Awana especially faced the wrath of Raina. In his first over, Raina hit him for 18 runs. By the time he came on to bowl again in the sixth over, Raina had already reached his fifty off just 16 balls – the quickest at that time.

Just when you thought he might slow down, Raina hit Awana for 6,6,4,4,4+NB,4,4: 33 runs came off that over, and CSK reached 100 in just six overs. Raina hit 87 off just 25 of those – all inside the powerplay! The bowlers were gasping for air. His strike-rate of 348 is the highest among any batsman who have scored a fifty in the IPL – a record that stands even today.

However, his cameo was cut short. A mix-up with Brendon McCullum saw him depart for 87 off just 25. He struck as many as 12 fours and six sixes. Raina was distraught, but he put CSK in an excellent position. The required run-rate was now under 10 and with Jadeja, David Hussey and Dhoni still left to bat other than McCullum, who was already at the crease, CSK would have fancied their chances at the moment.

KXIP pulled things back after Raina’s wicket. The required run-rate kept creeping up. Barring Dhoni’s unbeaten 42 off 31 nobody really put their hand up and CSK ended up losing the match by 24 runs. As a result, KXIP made it to the final for the very first time.

Despite Saha’s century in the final, KXIP lost to KKR by three wickets

CSK made it to the final next year, but lost to Mumbai Indians

KXIP have never made an IPL final again till date 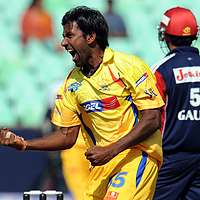 ONTHISDAY
Three in three: Balaji becomes first bowler to record IPL hat-trick
The fast bowler registered this record against Kings XI Punjab on this day in 2008