Shahbaz Ahmed, on the expressway to success in cricket and life 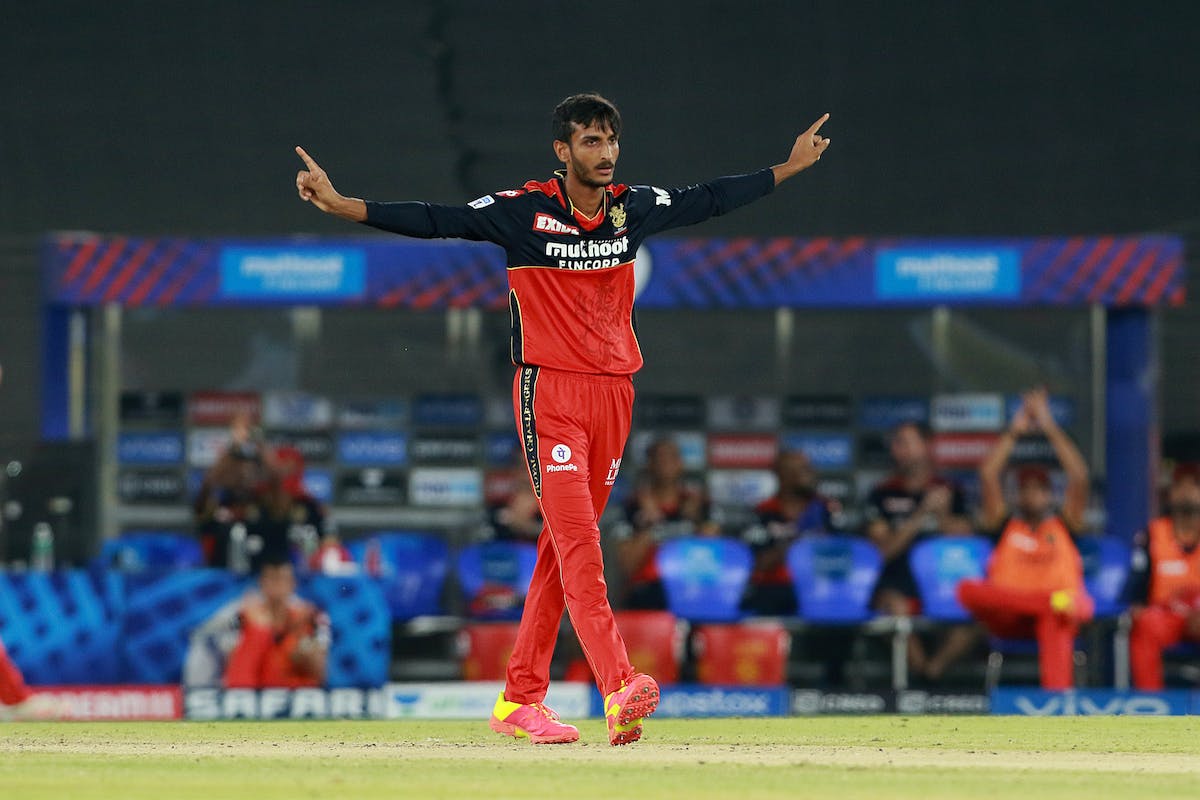 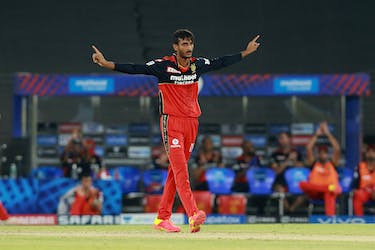 Shahbaz Ahmed, on the expressway to success in cricket and life

From being a multi-dimensional player whose spark RCB recognised, to being Bengal's man for all situations, the allrounder's journey continues apace

“If you think positively through tough conditions in life, and bring something positive out of it, it will help you in life and in your game.”

It’s a philosophy that has stood Shahbaz Ahmed in good stead, wherever he’s been: whether at home during the Covid-19 lockdown, playing for RCB in the IPL, or starring for Bengal in the Ranji Trophy. If a player can do a Rudyard Kipling on life itself, he can face down hostile bowlers and attacking batsmen rather more easily.

Consider how the last two seasons, split by the pandemic, have gone for Shahbaz.

In 16 matches, he’s scored about a thousand runs and taken more than 50 wickets. By itself, any one of those returns would be creditable. Together, they’re formidable. When you consider that those returns have been split wide open by Covid-19, well then it’s… we’ll let you know when we find the appropriate word.

In the meanwhile, he’s also played three seasons for RCB, and, at various times, contributed with bat, ball or in the field. In 2022, he went from playing Ranji Trophy to IPL, back to Ranji Trophy, with hardly any break in between. How did he manage it?

“You have to change your mindset to go from the shorter format to the longer format,” Shahbaz explains. “It takes a few practice sessions for you to get into that mindset. Our first match, against Jharkhand, we got a very flat pitch to bat on so everything got adjusted there, and I batted a long time so it all fell into place.

“I think it’s easier to go from red-ball cricket to white-ball cricket. In red-ball cricket, you need to have good positions. You are looking to play strokes every ball in the shorter formats and against the red-ball, the better your defence is the more chance you have of scoring runs. So it was challenging to come to the Ranji Trophy after the IPL, but I didn’t feel it was as tough going from Ranji to IPL.”

It’s not just mindset though. Remarkably, Shahbaz the bowler has different run-ups for when he’s playing IPL or Ranji Trophy. And the proof of how seamlessly he can alter something as basic to a bowler’s rhythm as a run-up, is in his performances across formats.

“Sriram sir [S Sriram, RCB’s bowling coach] told me that if I want to bowl quicker, I should make my run-up quicker, then the ball will get some pace too,” Shahbaz reveals. “In the IPL, you have to bowl a bit quicker, because you get better results with that. And in the Ranji Trophy you have to flight the ball a bit and bowl consistently in one area. So that’s why I shorten my run-up and run in slower.

“My work with Sriram sir helped my red-ball bowling too. There were some errors in my action which I have now reduced, because of which I would lack consistency at times. Why that was happening and how to improve it is what he helped me with. It was mainly to do with rhythm, whether to run in quick or slow, how to do it, stuff like that.”

That Shahbaz is a special talent is borne out by RCB’s handling of him. Bought for base price in 2020, RCB shelled out INR 2.40 crore for him in 2022. But more than the price rise, it was how the team trusted him and used him that stood out. He’s batted as high as No.3 (in 2021) and for large parts of 2022, was the foil for Dinesh Karthik to perform his outrageous feats at the other end. Before he was sent in at No.3, he had never batted higher than No.5 across List A and T20 cricket, but RCB had seen a spark.

“There was a reason behind them sending me at No.3,” Shahbaz shares. “In the practice games we had, they sent me to open. There was a bit of a problem with the opening spot at that time in the team, so they sent me at the top. I made 95 runs. In the match scenarios practice that we had too, I batted in the powerplay. My game, honestly, is all about timing. I don’t use power as much but yes, I trust my timing, and I get results from that.

“I was just hoping that whatever happens in the auction, it’ll be best if I am with RCB again. I’ve integrated into the team environment, I’ve got on well with the management. The first franchise that you play for, you’ll always have emotions attached to it.”

And of course, he got a ringside seat to Karthik’s exploits, who infused self-belief in Shahbaz too.

“It was great batting with him. There’s no pressure on me if I bat with him,” he says. “When he’s batting, the bowling team is under pressure and in that situation, it’s easier for a batsman like me too, because the pressure is on the other team. The way he would shift momentum whenever he came to crease, it became much easier for me to play along with that momentum.

“He would only tell me that we need to play till the end and finish the match. ‘Don’t play a wrong shot. If only a single can be taken from a ball, we’ll just take a single. But we’ll not give our wickets away and in the end, we’ll win the match.’ He would give me that confidence.”

For Bengal, Shahbaz is a grade A match-winner, who coach Arun Lal described as a player who was so bankable the team was always sure he would stand up. Lal, in fact, said that the calibre of batsman Shahbaz was, he deserved to bat much higher up the order, but he had batted so wonderfully with the tail and to close matches out, Bengal kept him at No.6 or No.7. He did magnificently in a hard-fought semi-final loss to Madhya Pradesh, hitting a maiden first-class century and picking up a five-wicket haul. Although Bengal lost, Shahbaz stood tall.

“Whatever I’ve played for Bengal, I’ve always thought in terms of winning the game for the team,” Shahbaz says. “If they think that I can win them games from No.6 or No.7 and get results from there, then I will play according to that plan. I don’t have any such need that I need to bat higher up the order, bat longer and get bigger scores. I want to finish games for the team. If I need to score 30 runs, 50 runs or 100 runs to finish the game, then I’ll be satisfied with that.

“I don’t have anything like ‘I don’t want to bat at this position’ or that ‘I’m tired due to batting and need rest’. I’m habituated to this, and the only thing I want is to improve further and get even more consistency.”

It’s his old philosophy at work – if you’re thrown a challenge, spin a positive out of it, and something good will emerge. It’s that same philosophy that keeps alive the ultimate aim of every cricketer: playing for the country. As batsman who bowl left-arm spin, Shahbaz has a crowded field to contest against: Ravindra Jadeja is the established first pick, and there’s Axar Patel and Krunal Pandya in the mix too.

“If you want to play for India then competition will be there,” Shahbaz smiles. “You can’t get an India spot easily, obviously. Competition is good. I also want that if I get a chance with the Indian team, I go as a much-improved player, as a skillful player, and perform. And competition… every player is different and has a different game. My game is also different from them. Chances are given to the kind of players that the Indian team requires at that time.”

Whether or not a spot opens up in the national team eventually, Shahbaz is firmly on the expressway to consistent improvement, and making opportunity out of adversity. And that approach guarantees its own success.