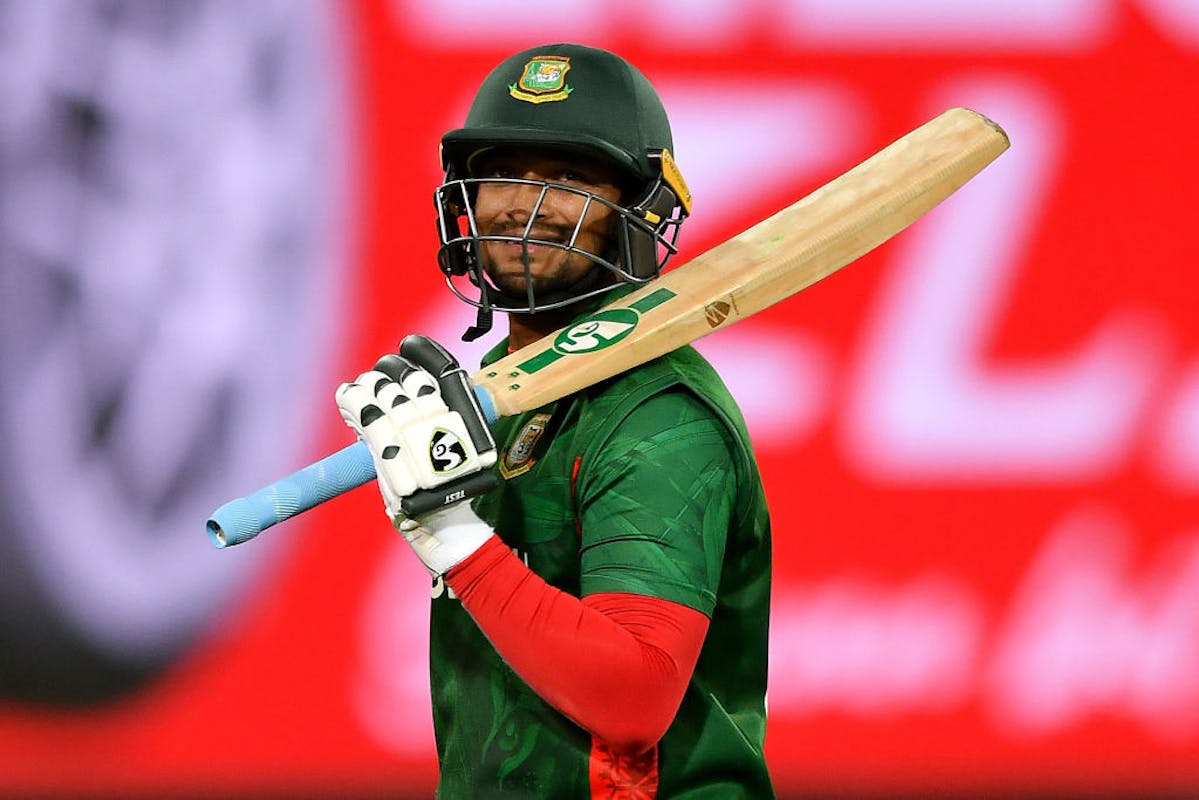 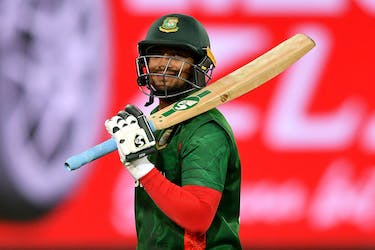 Wednesday's result could have been different had Das, who scored 59 off 26 balls before rain came in, stayed longer after the break

Liton Das was batting on a different wicket altogether and by the end of powerplay, Bangladesh seemed like a genuine contender to upset India. Bangladesh were cruising at 66-0 in seven overs in response to India's 184-6, rain stopped play in Adelaide and the Tigers got a revised target of 151 in 16 overs.

Soon after the resumption of play, India did what most experienced side may also falter to do - attack, attack and attack. Despite the conditions being stacked against their favour, India had a special throw froim KL Rahul to thank for running Das out and after that it was mostly a procession of wickets.

"In the dressing room we were relaxed. We knew what's coming our way. When we got the target that we had to score 85 runs in nine overs, we'll take that with 10 wickets in hand. You take that challenge and look to chase that down. Unfortunately we couldn't do it. It was a combination of both lack of experience and panicking. We don't play too many close games, so sometimes when we are in that situation, we don't know how to do it," Shakib told reporters after his team's five-run loss via DLS method.

The match brought back memories of the 2010 T20 World Cup clash between the two sides when India edged out Bangladesh by one run after restricting them to 145-9 in their chase of 147. Wednesday's result could have been different had Das, who scored 59 off 26 balls before rain came in, stayed longer after the break.

Shakib said the ground was slippery when the teams came back on after the rain but offered no excuses for the collapse.

"We wanted to play cricket, both teams wanted to play 20 overs, unfortunately rain interrupted. But both teams played well and in the right spirit. It was slippery, the amount of rain it had, normally that suits the batting side more than the bowling side. We should not make that an excuse."

Shakib praised Das for his blitz and said it was no surprise.

"He has been good for two-three years in ODIs and Tests. Carrying that confidence in T20s. The kind of player he is, he can play these innings regularly."

Virat Kohli's unbeaten 64 stood out in India's 184-6 after being invited to bat first as he became the highest run-scorer in T20 World Cup history. It was Kohli's third unbeaten half-century in this tournament after match-winning innings against Pakistan and the Netherlands.

"The way Virat Kohli is playing, every team will plan something. He can win matches single-handedly," said Shakib.