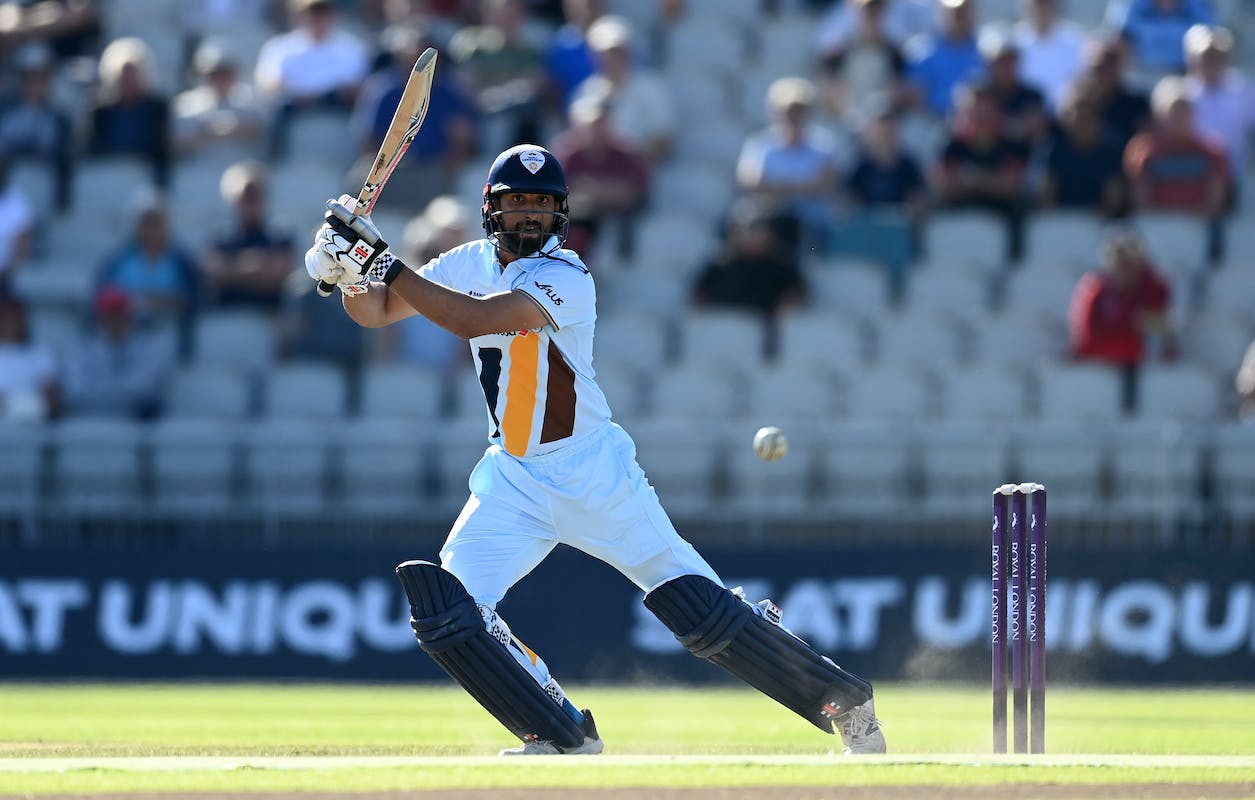 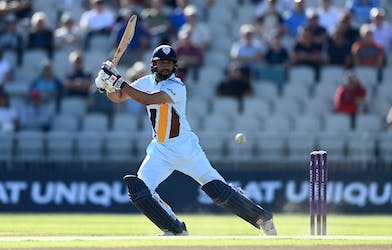 Masood forced his way into the T20I set-up through a remarkable 2022 Vitality Blast campaign for Derbyshire, amassing 547 runs at an average of 45.58

Shan Masood, who earlier this week received a shock call-up to Pakistan’s T20 World Cup squad, has credited the Vitality Blast in England for his evolution as a batter in the shortest format, and has revealed that he figured himself out ‘as a person and a batter’ during his stint with Derbyshire earlier this year.

Long seen as a Test specialist, Masood forced his way into the T20I set-up through a remarkable 2022 Vitality Blast campaign for Derbyshire, amassing 547 runs at an average of 45.58. The southpaw not only finished the competition as the fifth-highest run-getter, but also amassed his runs at a healthy strike rate of 139.89, leaving the selectors with no choice but to select him for the T20 World Cup, despite never previously having played T20s at the international level.

Speaking ahead of the seven-match T20I series against England, the 32-year-old credited Derbyshire head coach Mickey Arthur, and the experience he gained in England, for his rise in the shortest format.

"I'd like to think it (playing County in England) was a very big stepping stone in terms of me making into the T20I side (for the T20 World Cup)," Masood said.

"Having played the T20 Blast over there and getting some runs there. I think that was important to just put my name out there. What was brilliant was that I got to play a lot of cricket in the County. I figured myself out as a person, as a batter.

"I owe a lot to Mickey Arthur and Derbyshire for the time they invested in me. And just being around all grounds, playing against players that are around in the England setup, it is one experience I will always regard when it comes to my development as a player.

"Mickey (Arthur) is a very successful coach. We kept talking about my game. We tried to take it to the next level and I think learning that was tops," he said.

The southpaw, at the same time, also admitted that the Pakistan Super League (PSL) has played a significant role in him cracking the shortest format. Masood, who in 34 appearances for Multan Sultans has averaged 32.79 while striking at 136.1, revealed that he developed a lot as a T20 batter while playing in the PSL. Notably, in 2021, Masood was a part of the Sultans squad that won the competition.

"I've picked up a lot in terms of my development. As a player, your game is always evolving."

Masood is expected to make his T20I debut in the seven-match series against England starting Tuesday, September 20, and the batter described the series as ‘ideal preparation’ for the T20WC for Pakistan, who have thus far played a mere seven T20Is this calendar year. The 32-year-old also hailed England as one of the best white-ball sides in the world.

"I think England is one of the best white-ball sides in the world. Having played County cricket over there this season, having looked at the standard of cricket, we're not surprised at all with what England possess as a team," he said.

"It's probably the ideal preparation to play one of the best sides in the world before the T20 World Cup. We're very glad we're playing a side like England."

2022 has been a memorable year for Masood, with the southpaw not only racking up runs in red-ball cricket but evolving into a potent white-ball threat, and the 32-year-old asserted that he sees meeting the demands of T20I cricket as the next step in his career.

"I've got to some place now compared to five years ago. I mean, I'm happy with that but as a player, the game is always evolving, and you have to evolve as well. I think my next step is to meet the demands of international T20 cricket and hope I make a good career out of it."