Shaun Marsh could be one of those stop-gap guys in opening slot: Border 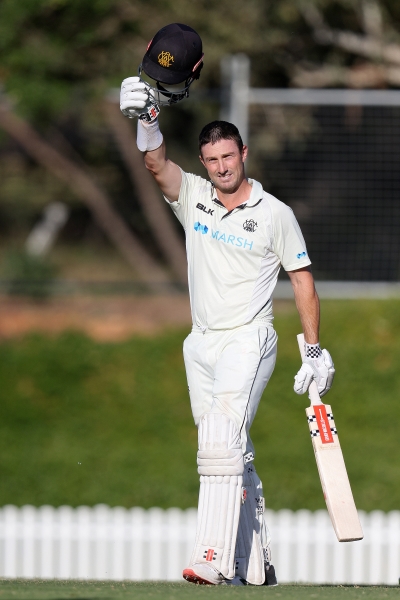 Shaun Marsh could be one of those stop-gap guys in opening slot: Border

Former skipper Alan Border reckons experienced batsman Shaun Marsh can be a "stop-gap" option for the opening slot in an injury-hit Australia squad for the first Test against India.

The day-night Test begins on December 17 and Australia are grappling with injury issues ahead of the match.

While Warner was on Wednesday ruled out of the opening Test due to a groin injury, Pucovski, who was considered a sure-short selection for the opening Test, is now a doubtful starter after suffering a concussion in the first warm-up game.

Joe Burns' awful run of form has only added to the list of worries for the selectors.

Weighing in on the options for the opening slot, Border said while Marnus Labuschagne and Marcus Harris can do the job, the selectors can also have a look at the 37-year-old Marsh, who has been in good form in the Sheffield Shield.

"You could move Marnus Labuschagne up to the top of the order. He's shown that he can handle the new ball; batting at number three you have to do a bit of that at times," Border was quoted as saying by 'The West Australia'.

"Marcus Harris has been in some good touch, he could be one of those young bolters that could come in and do the job for you.

"And right out of left field, I think maybe even Shaun Marsh could be one of those stop gap guys given the experience we need at the top of the order."

Marsh has scored three centuries and an 88 in his last six innings for West Australia since October.