She is a class above: Australia's Phoebe Litchfield about Mandhana 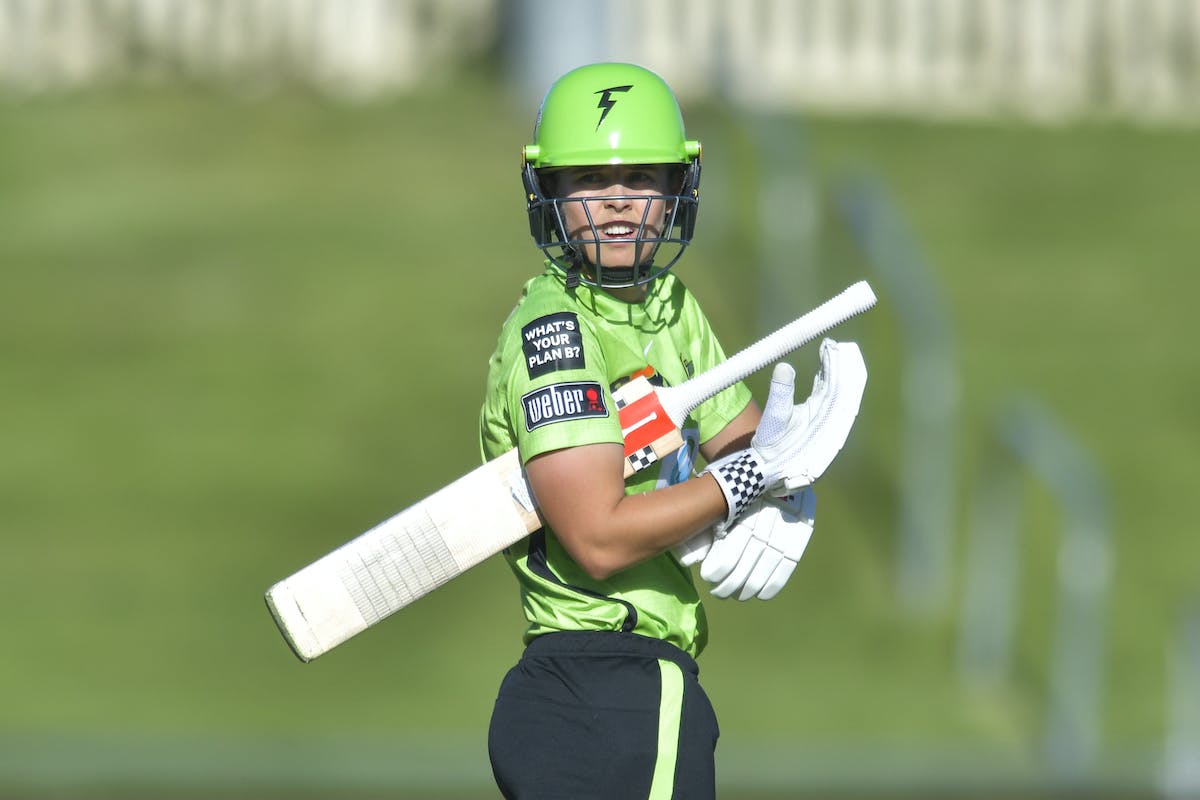 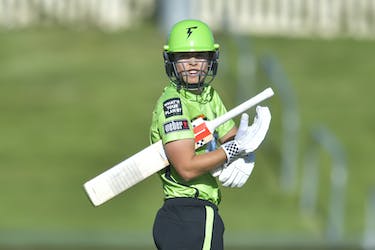 She is a class above: Australia's Phoebe Litchfield about Mandhana

Australia's teenage batting sensation Phoebe Litchfield was all praise for fellow lefthander Smriti Mandhana as she fondly recalled the Women's Big Bash League (WBBL) 2021-22 where they played for Sydney Thunder.

The 19-year old, who finished as the second highest runscorer of the tournament last season behind Mandhana's tally of 377 runs, was thankful to the Indian vice-captain for sharing her knowledge.

"Smriti was awesome to play with. She is a class above. As a lefty I learnt a lot off her. She helped me through those innings. I definitely made the most of her time over there, picked her brains. She's one of my favourite left-handers to watch," Litchfield told reporters in Mumbai.

Litchfield earned her maiden call-up to the Australian national team earlier this year, is part of the squad for the upcoming five T20Is against India beginning on Friday.

"She (Mandhana) actually gave me one of her bats at the end of the series. I used that and it was a peach!" Litchfield said.

With veteran batter Rachael Haynes announcing her retirement in September, Litchfield is looked at as her successor, a tag which the teenager is wary of.

"I'd be lying if I said it doesn't cross my mind. The pressures of scoring runs always plays on the mind, especially as a young player. With the media going 'oh, you are the next big thing' and I hope like 'I don't go nowhere' or something like that. But as soon as I hop on the field it disappears, which is nice," she said.

"I am like-for-like for Rach - as in a top-order, middle-order batter, lefty and a fielder. I guess that's the spot that is free in the Aussie set-up. But I am not looking for anything at the moment and just relishing the time in the group," she added.

It is a big first challenge for Litchfield to play in India, who is less than a year into her professional career.

"It wasn't the greatest hit on these spinny, slow wickets but it's my first hit in the subcontinent. It is not going to be perfect but yeah, it was lots of fun batting with Midge [Healy], who was smacking it down at the other end while I was struggling to get off the mark," Litchfield said.

India and Australia will play five T20Is at the DY Patil Stadium and Brabourne Stadium in Mumbai on December 9, 11, 14, 17 and 20.