Short and hard lengths have always been my strengths: Hardik 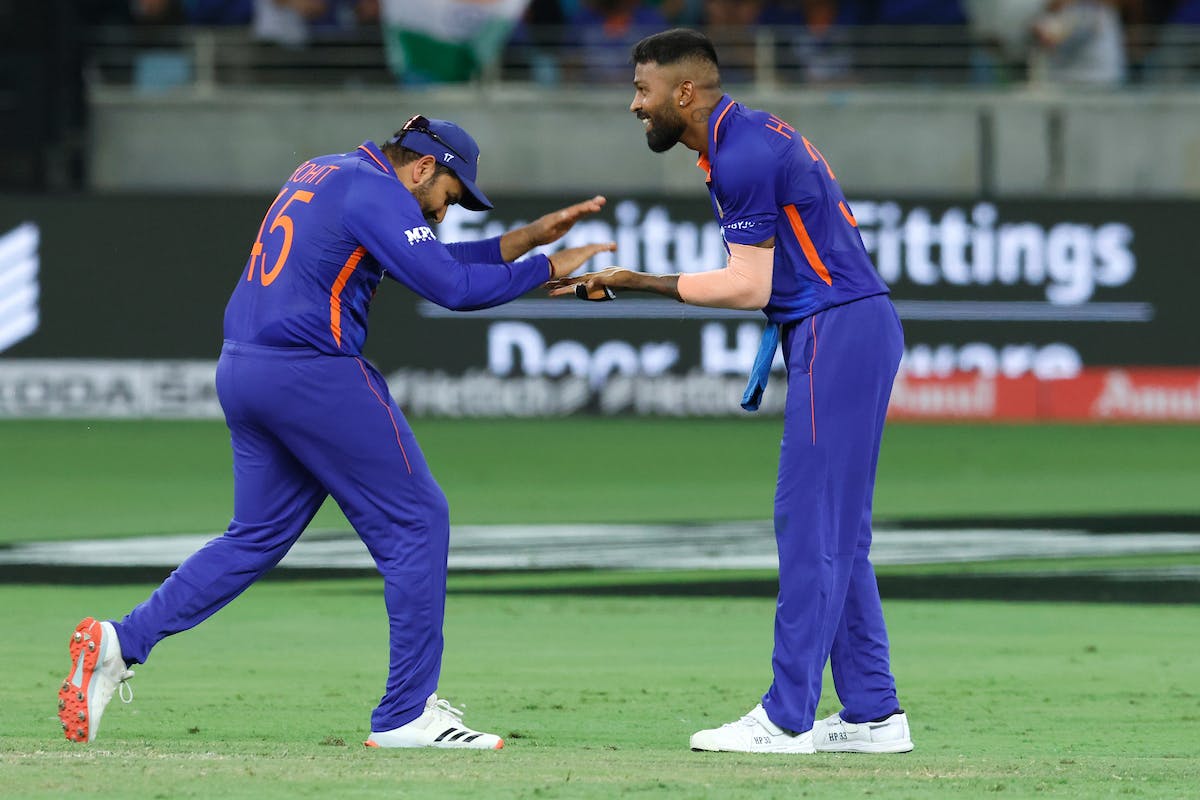 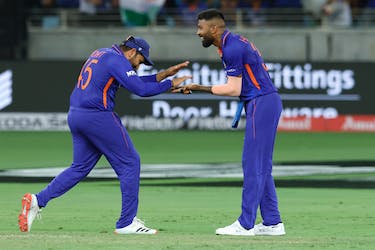 Short and hard lengths have always been my strengths: Hardik

But Pandya launched the fourth ball for a six on the leg side as India won their Asia Cup 2022 opener by five wickets in Dubai on Sunday. Besides scoring an unbeaten 33 off 17 balls, Pandya also starred with the ball by claiming 3-25 including key wickets of Mohammad Rizwan and Iftikhar Ahmed with well-directed short balls.

"In bowling, it's important to assess the situations and use your weapons. For me, bowling short and the hard lengths have been my strengths. It's about using them well and asking the right questions to make the batters commit a mistake," Pandya said in the post-match presentation.

Speaking about the chase, where run-scoring became difficult in the middle overs, Pandya said he was confident of pulling off the chase.

"In a chase like this, you always plan over-by-over. I always knew that there is one young bowler and also one left-arm spinner. We only needed seven off the last over but even if we needed 15, I'd have fancied myself. I know the bowler is under more pressure than me in the 20th over," he said.

India captain Rohit Sharma echoed Pandya's sentiment as he hailed the self-belief of his teammates.

"Halfway through the chase, we still knew that we can win irrespective of the situation. We had the belief and when you have that belief, these things can happen," Rohit said.

"It was a bit challenging but I'll take wins like this any day over one-sided victories," he added.

Rohit was also pleased with the improvement of the team's pace attack which was without premier pacer Jasprit Bumrah but managed to pick up nine wickets in the match.

"Yes, they (pacers) have come a long way in the last year or so and they have adapted well to different situations. Since the time he (Hardik) has made his comeback, he's been brilliant. When he was not part of the team, he figured what he needs to do to his body and his fitness regime, and now he is clocking 140+ easily," Rohit said.

"He is a lot calmer now and more confident about what he wants to do, whether it's with the bat or with the ball," he said of Pandya.

Pakistan captain Babar Azam was happy with his team's performance despite the defeat.

"Bowlers did really well to make a match of this. Our tail did step up a bit to add those handy runs," he said.

Babar was happy with the performance of debutant Naseem Shah (2-27), who claimed the key wickets of KL Rahul and Suryakumar Yadav.

"Idea was to create pressure but Hardik finished well. He (Naseem) is a very young bowler but bowled so well, and showed so much aggression," he said.